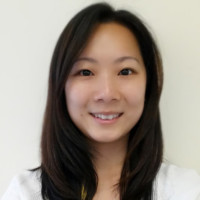 Dr. Florence Leong is a Postdoctoral Research Associate, working on the RoboPatient Project. Florence obtained her PhD from the University of Melbourne, Australia in 2019 and her Master of Engineering (by research) from the National University of Singapore (NUS) in 2010, both in the area of Surgical Robotics. Florence has worked in multiple medical companies in the past years. She joined Siemens Medical Instruments, Singapore in 2011 as an R&D Automation Engineer and then a Technical Project Leader. In 2019, she briefly worked in Axxin Pty Ltd, a company in Australia which produces biomedical diagnostic instrumentations, as a Systems Engineer before moving to the UK for her postdoctoral research position. 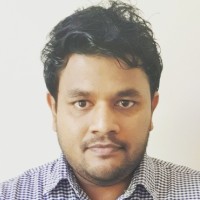 Dr. Thilina Lalitharatne is a Postdoctoral Research Associate attached to Morph Lab, Dyson School of Design Engineering, Imperial College London. Thilina earned his PhD in Robotics and Intelligent Systems from Saga University, Japan in 2014. He obtained his MSc. in Electronics and Automations and BSc. (Hons) in Mechanical Engineering from University of Moratuwa, Sri Lanka in 2013 and 2009 respectively. Prior to the current position at Imperial College London, Thilina has worked as a Senior Lecturer in the Department of Mechanical Engineering, University of Moratuwa, Sri Lanka from 2015 to 2019. He is a member of the IEEE RAS, SMC and EMBS societies since 2012. He served as a topic editor in Frontiers in Neurorobotics and as an associate editor in SMC 2020. Thilina is a recipient of Monbukagakusho Japanese Government Scholarship (MEXT) in 2011. He received award of excellence, outstanding research performance of University of Moratuwa for 2016 to 2019. Two teams supervised by him won first place awards at International Brain Computer Interface Hackathons organized at SMC 2017 and BIBE 2019. His research interests include Human-Machine-Interaction, Soft Robotics, Brain-Computer Interface, Biorobotics and Mechatronics.Thilina’s current research focuses on haptic interaction with a soft robotic patient (Robopatient) and how visual feedback via facial expressions from a robotic face can be used to enhance the effectiveness of the physical examination training processes. His work in this project includes development of a hybrid robotic face for the robopatient. He is also working on to study about how human integrate haptic and visual feedback (facial expressions) during medical examinations such as abdominal palpations. 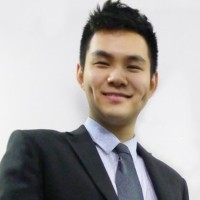 Liang He received his MSc (Distinction) in Product Design and Management from the University of Liverpool, the UK in 2016. Liang obtained a BSc degree in Renewable energy engineering and a BSc degree in Industrial design from the University of Shanghai for Science and Technology, China in 2015. After a year working for a company in Manchester and an internship at Tsinghua University in Beijing, he joined Imperial College London for his further research. Since October 2017, Liang He has been working as a Ph.D. student at the Dyson School of Design Engineering at Imperial College London under the supervision of Dr. Thrishantha Nanayakkara.

Xinyang Tan received his MSc in Design Engineering from the Imperial College London in 2016 and BA in Industrial Design from the Tsinghua University in 2014. After more than one years running his start-up of developing a smart wearable upper-extremity rehabilitation device, he started his PhD in the Thrish Lab, a soft robotics lab based at the Dyson School of Design Engineering of the Imperial College London. Xinyang’s current project is about developing a data-driven method to improve the effectiveness of upper-extremity orthoses and optimise fabrication processes. 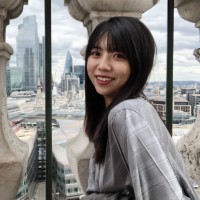 Fulin Li received her BSc degree in Electrical Engineering and Automation from Harbin Institute of Technology, China in 2017 and MSc in Control system in the department of Electrical and Electronic Engineering from Imperial College London in 2018. Since March 2019, Fulin started her PhD program at the Dyson School of Design Engineering of Imperial College London under the supervision of Dr. Thrishantha Nanayakkara. Her current project is about passive knee exoskeleton design to optimize the weight and size of the lower limb exoskeletons so that to improve their practicability and effectiveness.

Hasitha Bandara Wegiriya completed his Bachelor Degree in Electrical and Electronic Engineering at the University of East London, UK in 2009. Thereafter, he continued his Master degree in Computer Systems Engineering (Control Systems) at the University of East London, UK. Since September 2015, Hasitha Wegiriya is working towards his Ph.D. under the supervision of Dr. Thrishantha Nanayakkara within the Centre for Robotic Research at King’s College London and Dyson School of Design Engineering at Imperial College London. 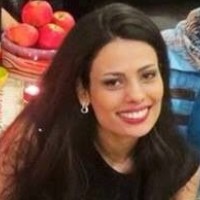 Zhenhua Yu received his MSc in Aerospace Engineering from Harbin Institute of Technology in 2018 and a BSc degree in Electronic & Optical Information Engineering, China in 2016. After working as an exchange student at the Israel Institute of Technology for 2 months, Zhenhua started his PhD research at Imperial College London. Since March 2019, he joined in the  Morphlab at the Dyson School of Design Engineering under the supervision of Dr. Thrishantha Nanayakkara and Dr. Peter Childs. Zhenhua’s Ph.D. project is about designing a novel whiskered tactile sensor and developing the tactile/vision syncretic systems to improve the robot’s perception ability in extreme environments(e.g. fog, dust, and dark)

Shehara Perera received his BSc (Hons) degree in Mechanical Engineering with a first class from the University of Moratuwa, Sri Lanka, in 2020. He is a PhD student also doing a research assistanceship in the EU funded Natural Intelligence project. His research focuses on designing and modelling a mountain goat inspired robotic hoof that can use its passive dynamic vibrations for slip reduction on slopes, and a bio-inspired angle dependent damper at the knee joint. The overacrching aim is to understand how pure mechanical solutions to implement mathematical functions can simplify realtime computational load of model based feedback controllers for stable interactions in a natural environment. 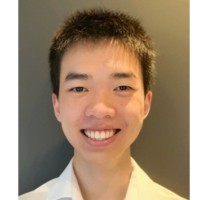 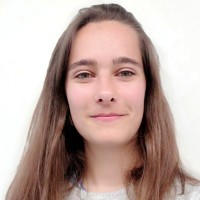 Sibylle Rerolle is a Design Engineering MEng student at the Dyson School of Design Engineering, Imperial College London. She has shown passion to do human-robot interaction research from early stages of undergraduate studies. Sibylle is actively engaged in the UK EPSRC funded RoboPatient project. Currently she is contributing to experiments with human participants to develop a robotic face that can give realtime pain expressions when a user palpates an affected area in the robotic phantom.

Tianxiao Wang is a Design Engineering MEng student at the Dyson School of Design Engineering, Imperial College London. He joined the lab as a UROP student (Undergraduate Research Opportunities Programme) in summer 2021. His research focuses on designing a mechanical solution to implement a hyperbolic angle dependent damping function in a robotic knee joint. This is part of the EU funded Natural Intelligence project to develop a mountain goat inspired robot for European Alps nature monitoring and to understand how intelligence emerges in an embodied approach to solve realtime dynamic problems in a natural environment.