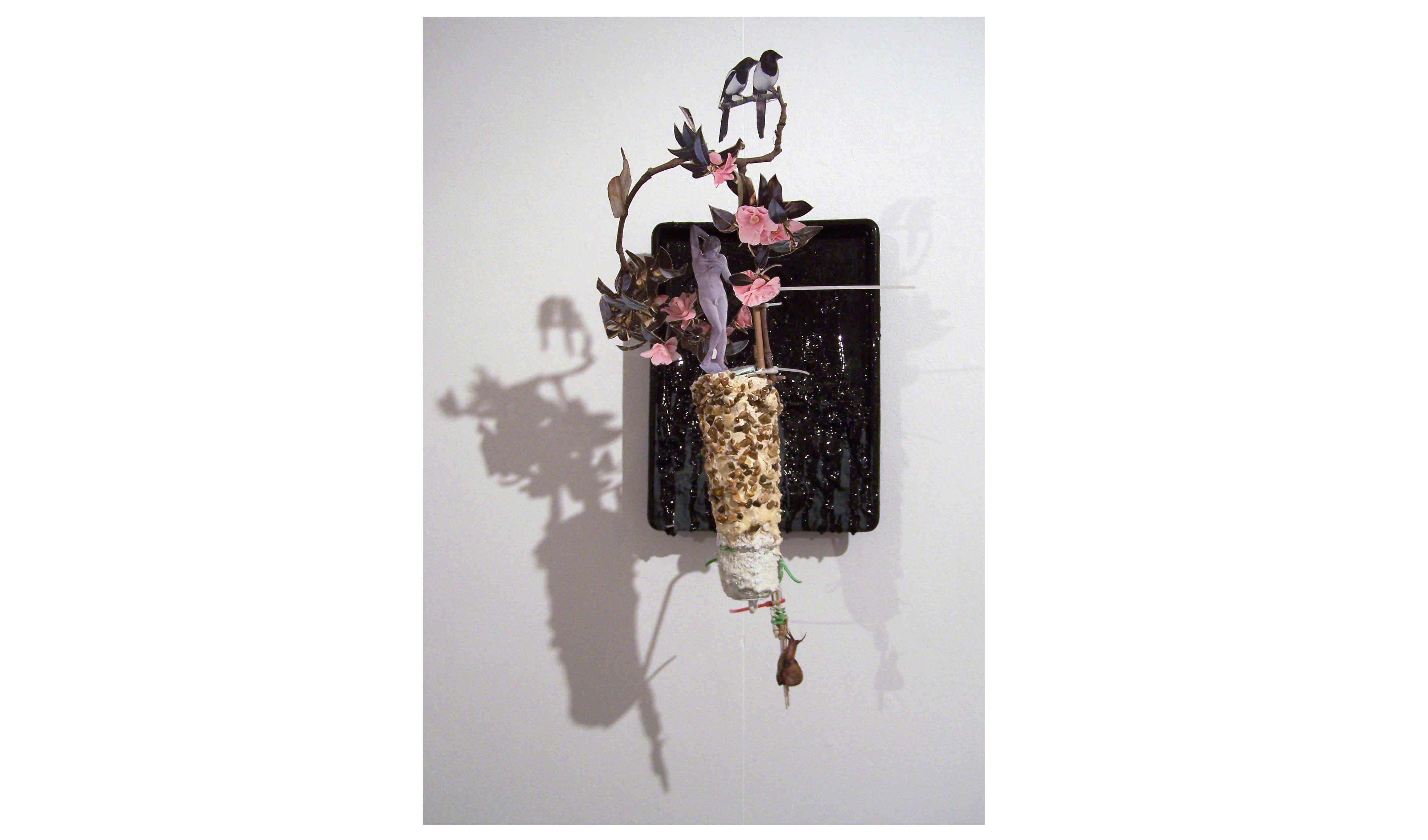 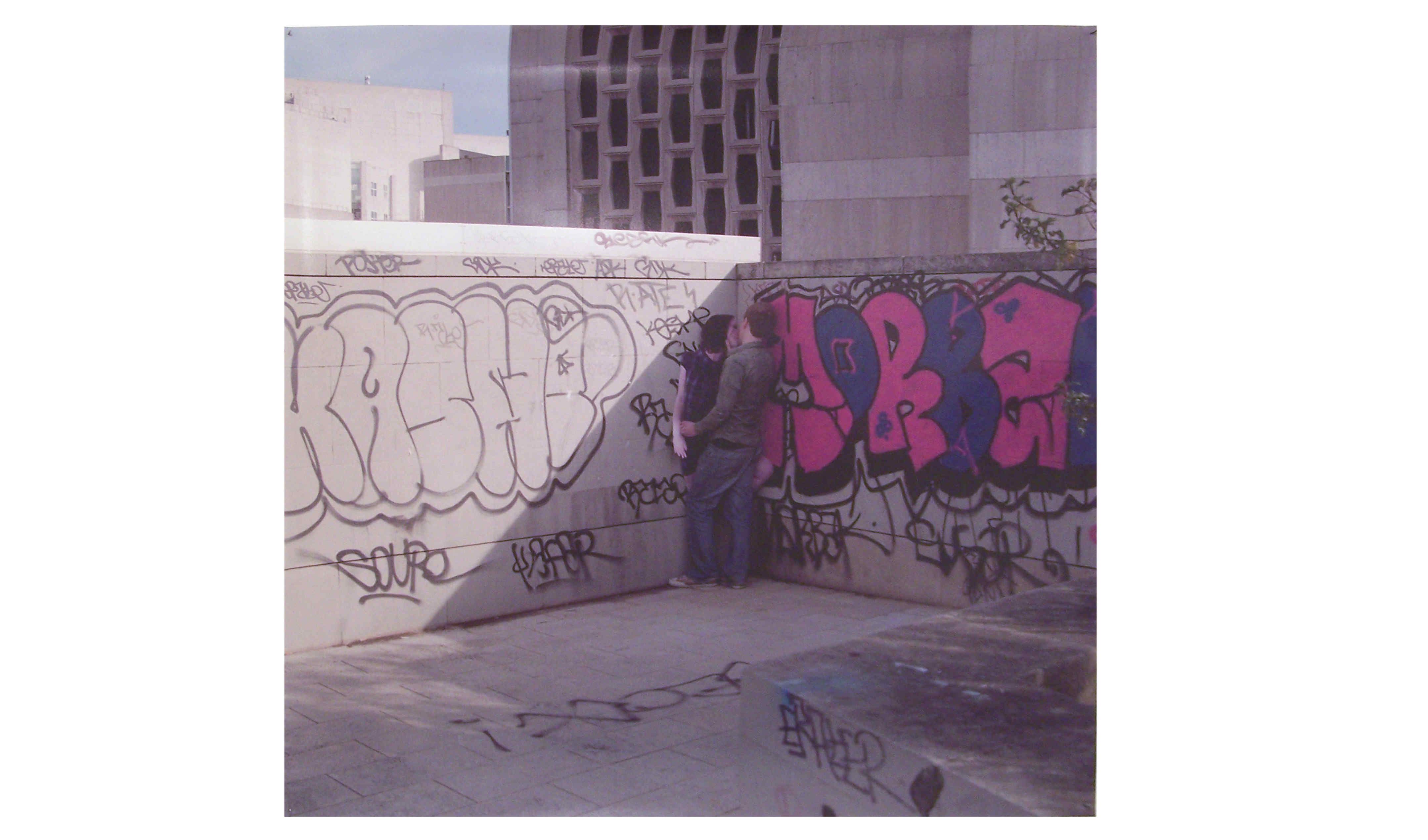 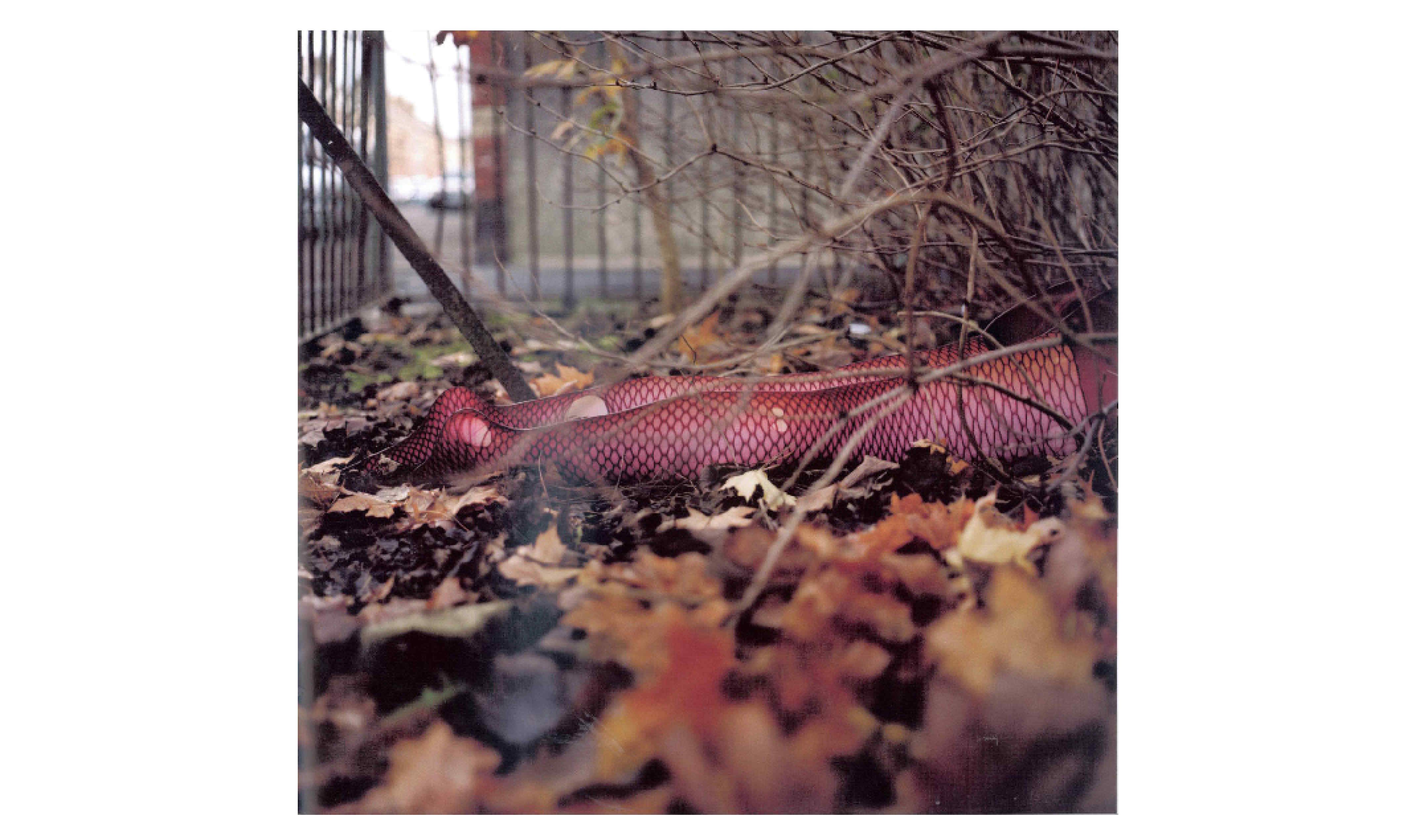 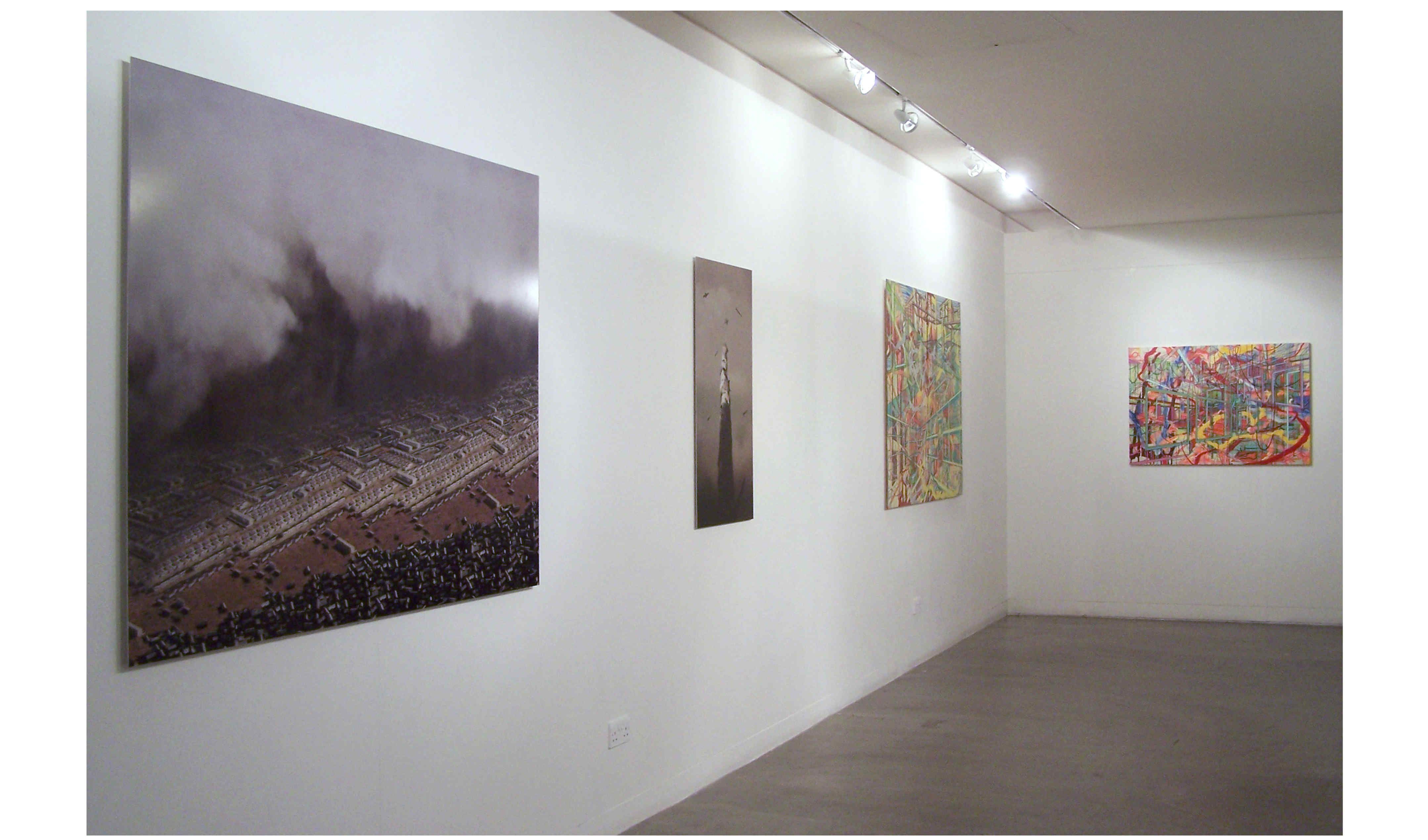 ‘In these angles and corners, the dreamer would appear to enjoy the repose that divides being and non-being. He is the being of an unreality’ Gaston Bachelard

FROM the early origins of spatial realism in paintings to the flattened planes and spaces of modernism, the illusion of space has been a central aesthetic concern throughout the canon of art history.

In a visual culture where photography and CGI create facsimile spaces that are disposable and instantly digestible, this exhibition aims to bring together work that subverts the representation of space. Each work contains an element of trickery that confounds rather than confirms our expectations of reality. The artists ask the viewer to believe in the integrity of the scene, inviting them to look closer and explore the fiction of the space they have depicted.

In some of the works there is a blending of dimensional forms. Bruce Ingram’s collages take on a physical presence and become sculptural, blurring boundaries between figurative sensibilities and abstract materiality. The real is reconfigured ‘… through a playful and experimental process of collage and collection, the experience of the everyday world is gathered and organised within new forms of art works.’ Images lifted from different periods of art history are mixed with the consumer culture of today resulting in works that confuse space and time. Bruce has recently graduated from the Royal Collage of Art Sculpture MA and has exhibited at The Agency in London. In 2007 he undertook a residency in Kyoto.

In Dawn Woolley’s work the 2-Dimensional and 3-Dimensional are juxtaposed in a comment on reality and idealisation. While it is apparent that the female in the work is a photograph the viewer is invited to suspend their disbelief and see her as body and image simultaneously. Using photography, installation and stereoscopes Dawn aims to examine ‘… the idea that a 2-dimensional image can represent a 3-dimensional object. The arrangements of the cut-outs reveal the underside – the back of the image and a representational void.’ Dawn completed MA Photography at the Royal College of Art in 2008 and has works held in the collection of Kiyosato Musuem of Photographic Arts in Japan.

Simon Woolham’s ‘Pop-up’ drawings also inhabit the space between two and three dimensions. Beginning with biro drawings ‘… dilapidated environments come to life in a skint version of enchantment: a tree stump or a broken fence are filled with the meanings of the events that go on around and about them.’ Cut and folded paper transform everyday objects into emotive sights for memory and recollection. Simon graduated from MA Fine Art at Chelsea College of Art & Design in 2000. He has recently exhibited at Chapter in Cardiff & Baltic Centre for Contemporary Art in Gateshead.

Grant Miller also deals with the illusion of space, creating paintings that appear abstract in the first instance, but reveal themselves to be complex physical spaces. ‘…where depth competes with the surface, a density is complimented by a sense of void, and the inside is constantly challenged by a dominant exteriority. Oscillation between two-dimensional, three-dimensional and beyond-dimensional forms is at the core of Grant Miller’s paintings.’ Grant lives & works in Kansas City, USA. He completed an MFA in Print & Drawing at Washington University – he has recently had a solo exhibition at the Black & White Gallery in New York.

Invented architectural space forms the basis of James Moore’s work, where subject matter is built up from 2-D planes of painted paper to create a 3-D CGI world. A virtual snapshot is taken and the resulting scene then becomes reduced back to the realm of painting, or animated as a rolling camera shot through the space. ‘The models are idealised environments that I have built up from drawings, a mixture of real and fictional places. Scenes from games, TV shows, films, comics and real places are re-organised into my own imagined worlds.’ James graduated from MA Fine Art at Chelsea College of Art & Design in 2002, recently he has shown work at Castlefield Gallery in Manchester.

Suzanne Moxhay builds collages from found imagery into dystopian scenes that are seemingly realistic and yet completely fabricated. Manipulation of space drives the process of her work through its different stages. ‘From the photograph, to the print, to the three dimensional set in the studio, and then back to the photograph, imagery is continually moved through real and illusory space.’ Suzanne attended the Royal Academy Schools from 2004 – 2007 and has recently shown work at the Jerwood Space in London & Big Screen, Melbourne, Australia.

The relationship between real and imaginary spaces is also explored in Julia Willms video installations. Her video projections seamlessly merge into existing architectural spaces, offering the viewer a convincing version of reality that slowly disintegrates into impossible situations. ‘The installation is about the threshold between the real and the imagined space. The spectator stands in the real space and is invited to cross the threshold and step into the image. Julia studied Media Art at the University of Applied Arts Vienna – she has recently exhibited at Invisble Cities, TIAF, in Toronto, Canada and
Gam | Obrist Gingold Gallery, in Essen, Germany.