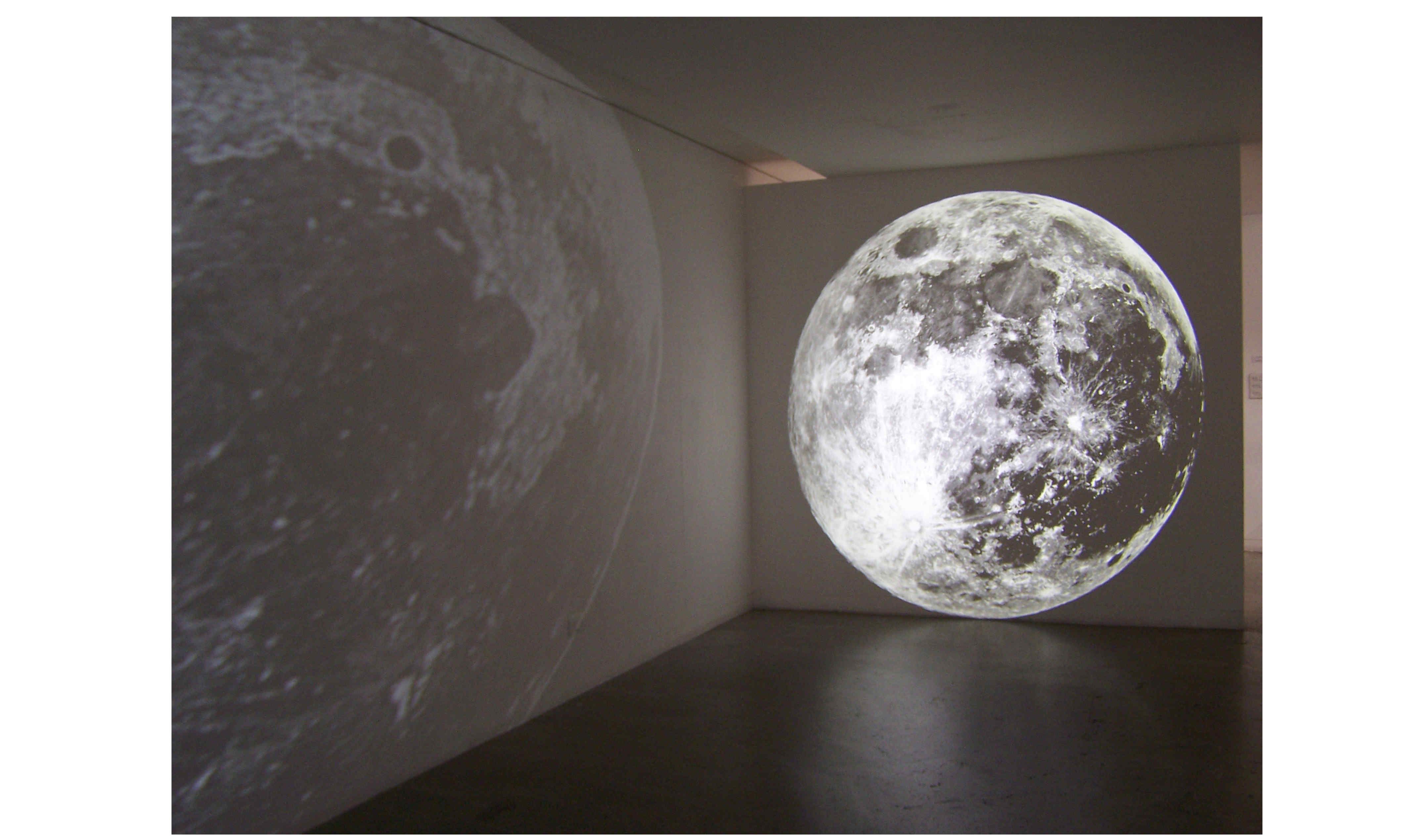 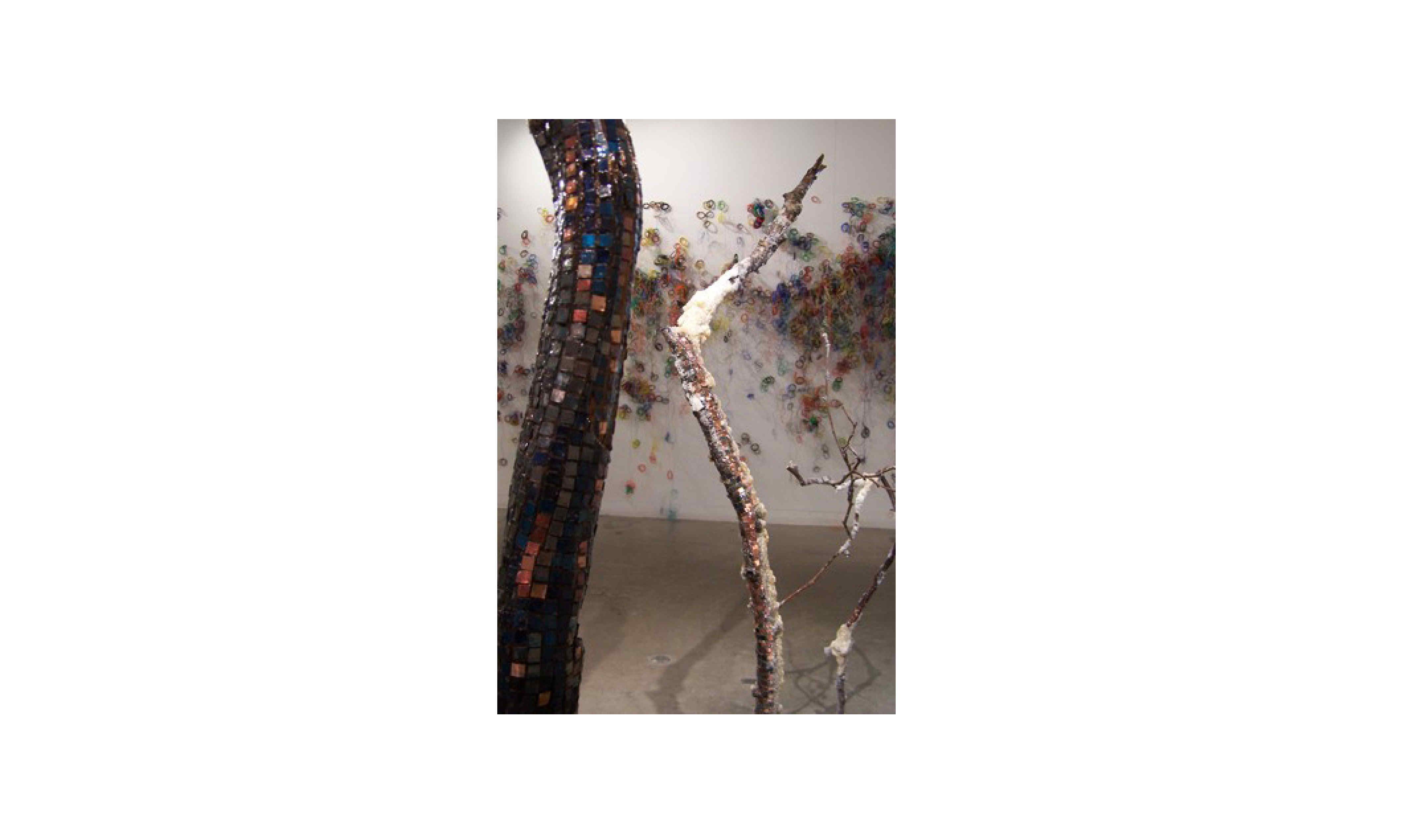 Double Edge is an installation at the Blyth Gallery that is the first public exhibition from the Binding Tide project. To initiate this exhibition the artists gifted each other an element from their own work. They have had to incorporate this new alien element into their own contribution to the show. This has forced them to rethink the relationship of their work to the gallery and to each other. The repeated element subsumed from one practice into another causing a disturbance in the trajectory of each practice.
The artists have engaged with the complex space of the Blyth Gallery in the spirit of occupation. They intend to generate an emergent installation instigated by the exchange of objects and through their ongoing collaboration.

“This Island is a state of mind,”…the entire landscape of the island was synthetic, a man-made artifact with all the associations of a vast system of derelict concrete motorways…if primitive man felt the need to assimilate events in the external world to his own psyche, 20th century man had reversed this process…
J.G. Ballard from ‘The Terminal Beach’
Binding Tide is an ongoing collective project that focus on the common territories that artists Nayan Kulkarni, Aishleen Lester and Mhairi Vari have uncovered in their practices. The aim of the project is to explore their diverse relationships with landscape as subject and context, matter and thought.
A shared interest in the writing of J.G Ballard and his belief that inner, not outer, space is the true subject of science fiction has instigated this venture. His ‘soft’ science fiction refers more to underlying psychological states than to developments in the hard sciences. Ballard’s concept of constantly morphing landscape as psychological, cultural and political embodiment has informed the way they wish to propose work for public show.

Multimedia artist Nayan Kulkarni’s work engages with ideas of site specificity, space, time, and perception. These themes are manifested in work through diverse media such as light, video, installation, sound, sculpture and photography. The work often plays with the the correlation between ideological viewpoints and shifting viewing positions and objects. Thus the work moves and encourages movement through plays of light, programming, and bodily and spatial choreography.
Underpinning his practice is an ongoing theoretical and technological research base in digital media and computer controlled artificial light. Supporting this is his interest in contemporary and historical science fiction, and film, photographic and architectural theory. Alongside his continuing studio based work Kulkarni is currently in the production stages of; Hryre a major new light work in Chester; Mirrie Dancers a permanent light work for Mareel Shetland Islands in a collaboration with Roxane Permar; and from mizzenmast to sanstroke a sonic work for Hull in collaboration with Shauna McMullan.

Like an unconscious visual or sensual memory, complex surfaces and internal architectures dissolve, collide and shift apart in the sculptural installations of Aishleen Lester. These works express movement in space the imagined made visible. They weave together an assortment of materials into precarious structures, with their own gravity and logic, exploring the relation between body and space, landscape and the built environment to reveal anxieties and
desires that through familiarity possibly go unnoticed.
Aishleen Lester studied at the Royal Academy Schools and has exhibited at the Riflemaker in London and Nyehaus in New York. She has participated in Volta, New York’s Armory show and has installed her installation Frozen Symphony in Selfridges Wonder Windows. She has collaborated with choreographers resulting in the performance Back2Back at the Bridewell Theatre, London.

Mhairi Vari constructs sculptures and installations out of everyday materials from egg white to blu-tack. Intensive, accumulative and transformative process gives new form and value to things often discarded and overlooked. Her particular handmade morphology gives rise to objects that defy scale, playing across realms of macro and micro. An underlying interest in landscape, both virtual and actual, is expressed through an exploration of emergent structure pitted against the effects of intervention, manipulation and contrivance.
Often changing over time her temporary works are generated in response to the specificity of site. Mhairi Vari is represented by Domobaal Gallery, London where she has a solo show running concurrently with Double Edge19th November to 17th December. She recently completed the Wheatley Sculpture Fellowship at Birmingham Institute of Art and Design. In 2006/07 she completed a Contemporary Art Society commission for the Economist Plaza.

All the artists live and work in London.