The Blyth Gallery is pleased to present a solo exhibition of new works on paper by Tom Walker. Tom is an MA graduate from Goldsmiths University, London. He lives and practices in Wallington, Surrey, and exhibits his work internationally. Closing Off is a selection of work on found images, picked-up from public spaces and reworked using Pro Marker pens and paint stripper.

An interview with Tom Walker by Andy Jackson

Andy: Why did you start working on found images, and was the result more than you expected?

Tom: I was travelling home from work by train one day, I had some Pro Marker pens in my bag (which I’d been messing about with earlier in the day) and I saw a discarded magazine. I picked it up and started doodling on it. What I noticed straight away was how the pen dragged the magazine’s ink across the surface of the page, redrawing the existing image, rather than just adding a layer to it. This was the start of a series of small-scale works, very much a record of the moment, a re-working of an image done quickly, in transit, and often only moments after finding and re-appropriating it.

Andy: What informs your choice of image – and how important is the subject matter to you?

Tom: The starting subject matter is incidental, common images found in magazines: models, celebrities and close-up portrait shots. By blurring, de-facing and erasing these images, they take on a new identity – a series of dark and disquieting faces, with elements removed or disfigured. I have often been drawn to subject matter that has dark or violent undertones.

I started to make connections between my work and people on their daily commute, perhaps because I created the work in that transient, crowded space, where people’s identities are blurred and fragmented – in and out of view - incomplete.

Andy: Your earlier work was moving image, which involved physical violence or a catastrophe off-camera, but also had a strong element of humour or slapstick to it. Do you see a relationship between your earlier work and this work?

Tom: Yes, this work is dark too! And like my earlier video work, violence is implied but not depicted. My motive is to create an image that leaves the viewer feeling uncomfortable, to leave them unknowing.  Something is not right, something has happened  - but what?

Sometimes I look at a piece of work and I can find traces of humour in it – a dark sense of humour is part of who I am. This has been reflected over and over in work for many years.

Andy: The works in this show are large-scale pieces. How do you create work at this size, when your starting point is a small image from a magazine?

Tom: The changes in scale in my work have been part of an evolution through experimentation. I like to work both small and large – it’s more interesting that way, as each scale presents different challenges. Most of the works in this show have been created in two-stages. Re-drawn and manipulated at their original, hand-held size – and then scanned and reprinted at a larger scale, to re-work in a more physical, gestural process.

Andy: It’s interesting this evolution of scale in your work - how do you juxtapose the reproduced blown up mark with the more bodily gesture you add later?

Tom: The large prints carry the original re-working with them, the pen marks blown-up so that they re-present the movement of a wrist into a more bodily gesture. Applying paint stripper with a printmaking squeegee, rags and brushes, on top of the re-printed marks, I’m moving the surface of the image in a much more physical way than the original pen mark.

The connection between the re-printed and the new marks creates an image that is in flux, with traces of activity, and the potential to be discarded never-ending, everything is at the point of change, in a moment between moments.

Andy: You have included some work based on landscape and architecture. Why, and how do they fit with your figurative based work?

Tom: The landscape and architectural pieces are like extreme versions of the portrait-based work – a version where the person has been totally erased, leaving behind only the vacant space they once inhabited. Interestingly, when I put this show together, and hung the portrait-based work next to the landscape-based work, I started to connect the two together more directly. Had the people in the portraits come from those bleak, abandoned landscapes…what had made them leave?

Andy: I’m interested in this act of redrawing and erasing to make something new (Rauschenberg’s Erased De Kooning drawing being a modernist example).Presumably you could do what Rauschenberg did and almost obliterate the subject into a monochrome?

Tom: I think that completely erasing the image to a monochrome would be too much of a resolution – I’m far more interested in the moment just before destruction. It’s about what’s going to happen next. There is something about the fractured gaze that holds us in a state of suspension, which an obliterated gaze could not.

My work is both an act of destruction (half erased) and a feat of creation (half done) - the irrevocable alteration of an image to reveal something new in its place.

About the interviewer - Andy Jackson:

Andy Jackson is a practicing artist based in South East London. He exhibits his work internationally and has been selected for numerous prestigious exhibitions. 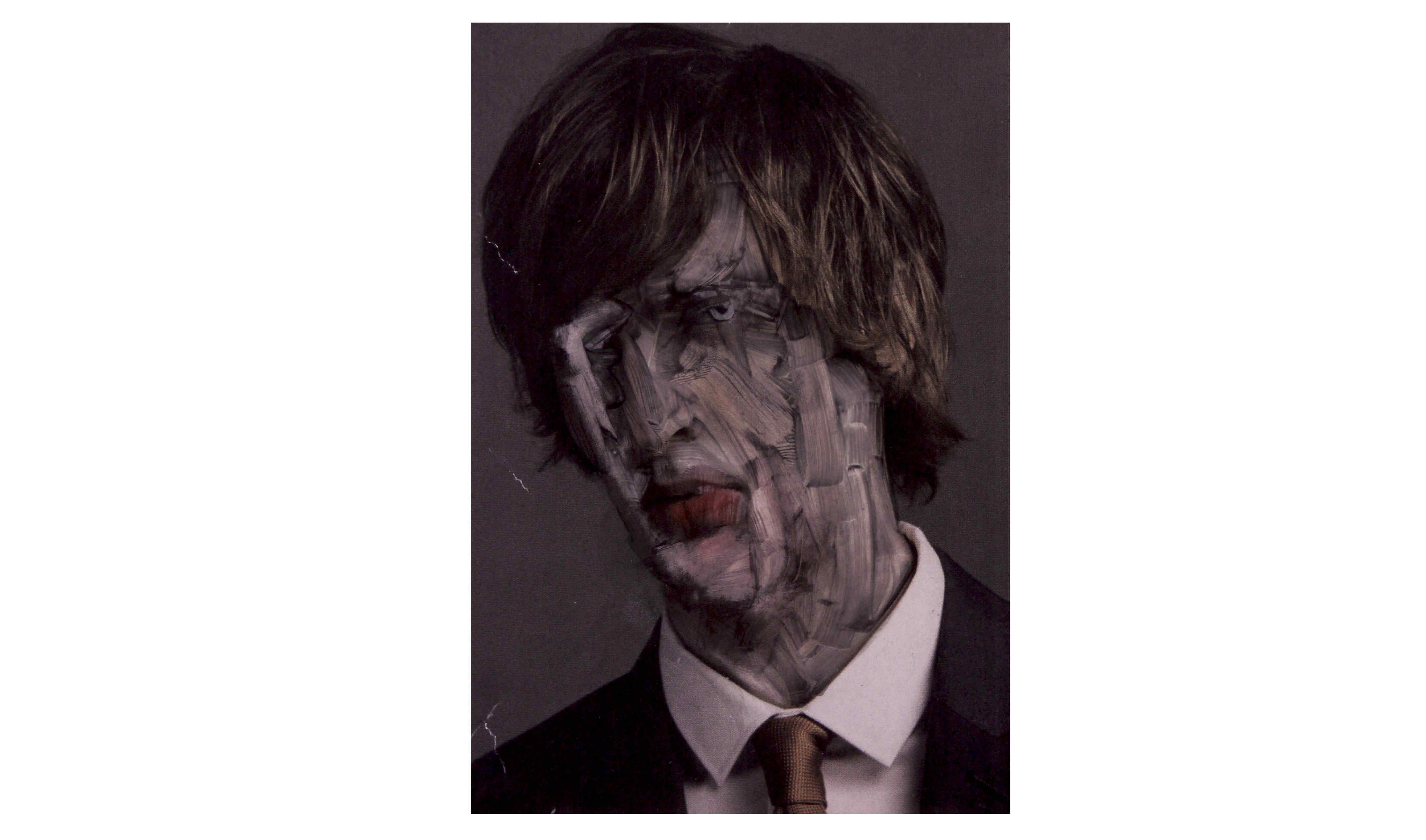 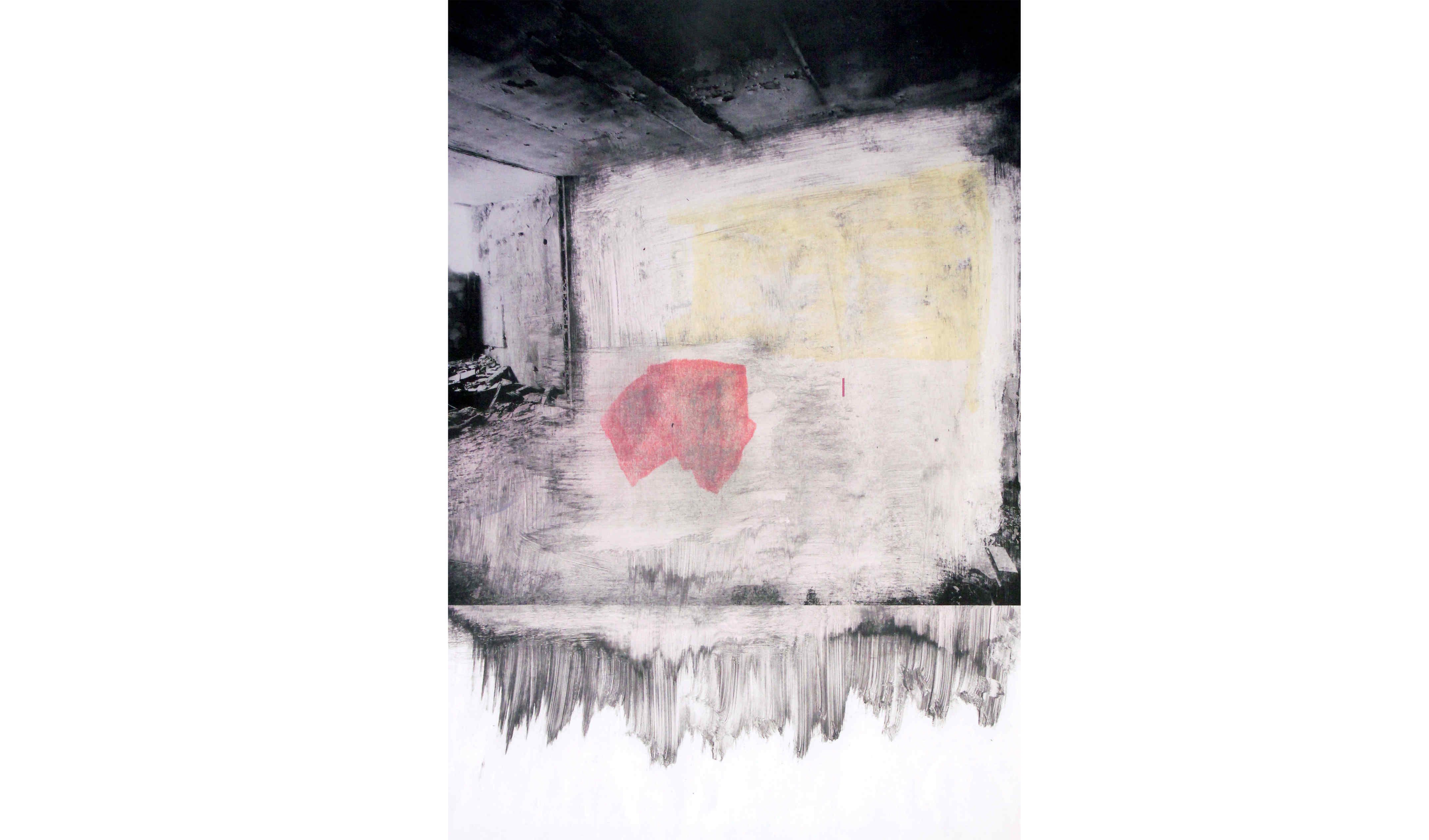