The Blyth Centre works with a diverse range of professional visiting artists.

Visiting artists who have exhibited at the Blyth Gallery 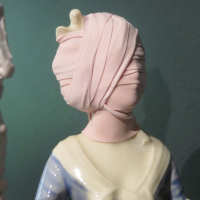 Sarah Gillham completed her MA in painting at the RCA in 2005. She has received a Painter – Stainers Fine Art award and completed commissions for The Great Eastern Hotel, London and for the Marlow Theatre, Canterbury. 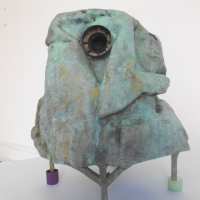 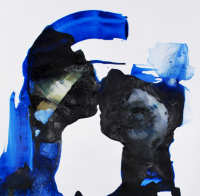 British/ Finnish artist Alex Gough studied at Chelsea College of Art, Camberwell College of Art and City and Guilds of London Art School. He is a founding member and Gallery manager of Block 336 Gallery in Brixton and has exhibited in London, Finland and the USA.

Materiality, visuality, photography and the relation between painting and experience are the cornerstone of Alex Gough’s challenge in painting. He works with a limited palette, determined to make his own paint so as to have control over the viscosity and intensity of experience. Working through the limits of the material and its handling is analogous for Gough to the ‘wilderness’ state, where no known foothold on meaning or known pathways can be found and must be worked out in the passage of the painting. The link visually through the limits of visual technology (the lens flare, the chemical burn of film/photopaper) ask interesting questions about how our visuality is informed.

An emphasis on openness, of not determining an outcome for the viewer, is key, and the viewer’s eye is not able to settle from one moment of experience to the next. There is a silence here, a determination to live in the paint that it is not possible to articulate in language. Like his experience in Finnish Lapland, Gough is embedded in a tacit knowledge of experience through practice that transmits aspects of that knowledge to the viewer in the language (and reflections on this language) of painting. 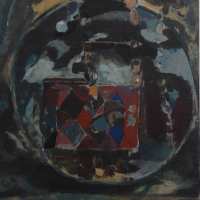 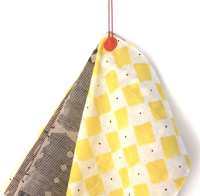 Louisa Loakes  was formally trained at Wimbledon School of Art. She has a Fine Art Painting background.  Her work as an artist has seen a cross over between her abstract paintings and textiles.  She is a Self taught block printer and has a unique approach to the craft. Louisa’s textiles are primarily seen as a composition or canvas of a painting. Most of her textiles are printed in a single colour with a signature dash of hand-painted colour. 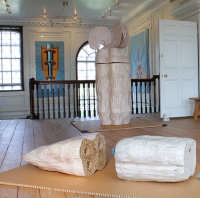 Clare Mitten graduated with an MA Painting from the Royal College of Art (2006); BA Hons Fine Art Painting, University of Gloucestershire (2001); and BA Hons History of Art with French, University of Sussex (1994). 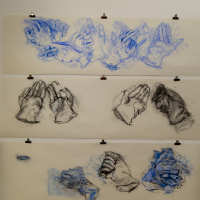 Susan Sluglett studied painting at Wimbledon College of Art and graduated in 2008. While at Wimbledon she was awarded the Prunella Clough Scholarship and in 2013 she was one of three to receive the Jerwood Painting Fellowships. In 2015 she was the first Artist in Residence at the Borough Road Gallery. 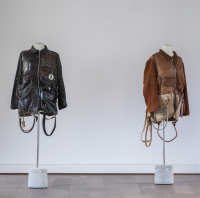 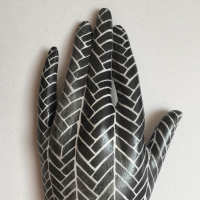 Marianne Walker graduated from MA Sculpture Wimbledon School of Art in 2002, She has exhibited nationally and internationally. 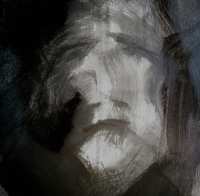 Tom Walker is a practising artist based in London, he has exhibited nationally and internationally including a solo show at Blyth Gallery. Publications include: 2013/14. Archive of Failure. 2007/08. New Contemporaries Catalogue
2003. Lux Video Open Catalogue. Tom is also a Senior Lecturer at UCA working across Foundation, BA and MA. 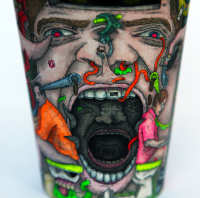 Paul Westcombe graduated from the Royal College of Art, Painting in 2007 and RADA in 2016. He has since exhibited widely throughout the UK and abroad. Westcombe received the William Littlejohn Award, 2012 and the John Kinross Travel Scholarship, 2004 from The Royal Scottish Academy. He has also received creative development awards from the Scottish Arts Council in 2004 and 2014. 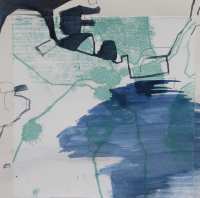 Clare Wilson is also tutor, assessor and course author with The Open College of the Arts (UCA). 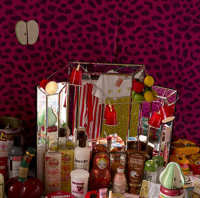 Woolley uses photographs of objects and people to question issues of artificiality and idealisation. In her self-portrait work she creates photographic substitutes to examine the act of looking and being looked at. She views her still life work as portraits of a type. Drawing on both definitions of the term 'consume' she produces food still life photography to represent different characters and positions in relation to advanced capitalist society. She completed an MA in Photography (2008) and PhD by project in Fine Art (2017) at the Royal College of Art. Woolley was a senior lecturer, teaching BA and MA Photography before taking up the post of research fellow at Leeds Arts University.