Five Imperial scientists were honoured by the Royal Society in the 2012 list of medals, awards and prizes.

The Royal Medals were founded by King George IV in 1825 and are awarded to just three top scientists each year for the most important contributions in the physical, biological and applied or interdisciplinary sciences. Former recipients include 19th Century naturalist, Charles Darwin, and co-discoverer of the of the DNA structure, Francis Crick.

Also honoured are Professor Jenny Nelson (Physics), who won the Royal Society Armourers and Brasiers’ Company prize for excellence in materials science and technology, Professor Roy Taylor (Physics) won the Rumford Medal for important discoveries in the field of thermal or optical properties of matter, and Professor Molly Stevens (Materials and Bioengineering) has been awarded a medal and prize following her selection to deliver the 2012 Clifford Paterson Lecture on an aspect of engineering. 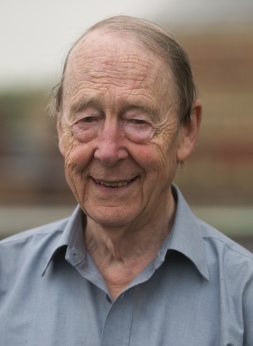 An eminent theoretical physicist, Professor Tom Kibble received this award for his work in the 1960's that led to the concept of a mass-giving particle now known as the Higgs boson, and proved a key feature of the standard model of particle physics. This theory on 'spontaneous symmetry breaking in quantum field theories' has also led to the idea of cosmic strings, hypothetical 1-dimentional defects that are first thought to appear in the early universe, but have yet to be observed by physicists.

He said: "This came as a complete surprise to me.  It is very gratifying to receive recognition for work my colleagues and I embarked on nearly fifty years ago, which later led to unexpected insights in very different areas such as low-temperature phase transitions."

Professor Holmes's medal rewards his contributions to the science of organic plastic electronics, materials that are leading the way for new energy efficient lightweight products, such as flexible screens for portable computers and smartphones. He established a collaboration with University of Cambridge physicists that in 1990 led to the discovery of light emitting plastics, he is now primarily based in Australia.

Professor Holmes said it was an honour to receive this award and be recognised in the area of organic electronic materials and for collaboration with cell biologists. "It's exciting to work in polymer chemistry, an area that can lead to a diverse range of applications from the development of more energy efficient products to the greater understanding of biological processes. I am grateful for the opportunity created by my association with Imperial that has enabled strong collaborative links between the Doctoral Training Centre in Plastic Electronics and researchers in the Victorian Organic Solar Cells Consortium," he said.

"I was astonished and delighted to hear that I had been nominated for the prize and had won it. The real credit is due to the many excellent students and researchers whom I have been privileged to work with, and who have taken up the challenge of understanding how these new plastic semiconductors really work," she said about the award.

Professor Roy Taylor has won the Rumford Medal, awarded once every two years, for his research into lasers and fibre optics. His work has allowed the development of ultrashort pulse fibre lasers and low-cost white light lasers, both of which are widely used in practical technologies like medical imaging and remote sensing.

On hearing about the award, Professor Taylor said: "I am ecstatic on receiving this prestigious award, who wouldn’t be?  It is wonderful to get recognition for your research achievements, particularly as you near the end of your career!  My very small group has been internationally dominant in short pulse sources and nonlinear fibre optics for more than thirty years. So as well as being delighted for myself I hope that this award reflects on the many excellent young researchers who have worked with me throughout my career."

Professor Molly Stevens has been awarded a medal and prize from the Royal Society following her selection to deliver the 2012 Clifford Paterson Lecture entitled Regenerating organs and other small challenges. This honour is given to a scientist working in an engineering field once every two years. Professor Stevens’s research focuses on regenerative medicine, including pioneering nanotechnology approaches to the regeneration of body tissues.

All the award recipients will be presented with their prizes at the Royal Society’s Anniversary Day meeting in November 2012.