Three leading Imperial researchers have been recognised in the New Year Honours list.

Professor Haigh joined Imperial in 1984 and has published widely in the area of radiative transfer in the atmosphere, climate modelling, radiative forcing of climate change and the influence of solar irradiance variability on climate. 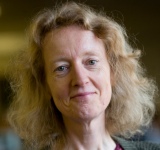 She is a Fellow of the Institute of Physics and of the Royal Meteorological Society and in 2004 received the Institute of Physics Charles Chree Medal and Prize for her work on solar influences on climate. More recently she won the Royal Meteorological Society Adrian Gill Prize in 2011, for significant contributions to the interface between atmospheric science and solar physics.

Upon discovering that she had been awarded a CBE, Professor Haigh said: “I am delighted to be given this honour. It was a complete surprise when I came home after a particularly long day at work and found the letter - I still have no idea who nominated me!”

She added: “In receiving the award I am happy to acknowledge the great teams of people I have worked with closely over the years - at Imperial, in the Royal Meteorological Society and in atmospheric and environmental science more widely.  I also feel proud to accept it as a member of the minority of female physicists.”

Professor Hand joined the College in 1999; his research interests include multivariate statistics, classification methods, pattern detection, the interface between statistics and computing, and the foundations of statistics. He also works on the application of statistics to medicine, psychology, and finance and has wide-ranging consultancy experience to organisations ranging from banks, through pharmaceutical companies, to governments.

Professor Hand also heads up Imperial’s Consumer Credit Research Group, which won the Contribution to Industry award at the ‘Credit Control and Risk’ Credit Excellence Awards in October last year – the first time that an academic group has been recognised at the awards.

On learning of his OBE, David said: "I am delighted to have been recognised in the New Year Honours. Since it was for 'research and innovation' this Honour is really an indication of the wonderful researchers I have worked with at Imperial College." 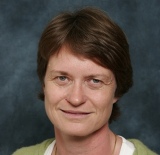 Professor Tom Welton, Head of the Department of Chemistry said: "We are delighted that Sue has received this well-deserved Honour. As well as her own research being at the very forefront of chemistry, she has worked tirelessly to ensure that future generations of women scientists have the necessary opportunities available to them to have successful and fulfilling careers in chemistry."