Expectant mothers, prospective fathers and all the family can find out more about why and how a baby moves around in the womb at Imperial Festival.

One of the major exhibits in the Research Zone marquee at Imperial Festival on Friday 3 May and Saturday 4 May will be an extraordinary body suit, which allows wearers to feel what it’s like to be eight months pregnant. Dr Niamh Nowlan and project collaborator Dr Ravi Vaidyanathan have also developed a sensor which picks up different movements that can be used to improve understanding of pregnancy.

Dr Nowlan, from the Department of Bioengineering at Imperial College London, said: “Understanding why babies kick is an important aspect of our research. The baby bump bodywear is an excellent way to demonstrate some of the things we look at in our studies and helps people understand what it’s like to be at a late stage of pregnancy. The new sensor picks up all sorts of signals from around the belly, so could have a range of applications beyond pregnancy too.”

Monitoring how babies move around and kick is important, but also knowing why they move and what it means when they don’t kick can be vital to track potential health implications. As part of the exhibit, Dr Nowlan, and her team will explain the variety of actions and how they can be interpreted. 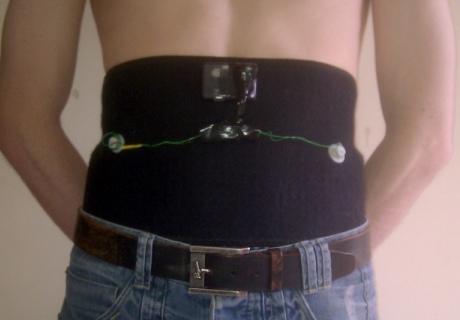 Alongside Dr Nowlan’s research, many other world-leading experts will demonstrate their research or give talks on their fields of science, medicine, business and engineering at the second annual Imperial Festival.

Interactive displays from researchers, acts from comedians, actors and science buskers, as well as musical performances and artistic collaborations will contribute to the Festival, which welcomed over 7,000 adult and family audiences last year.

Free and open to all, the second annual Imperial Festival takes place at the College’s South Kensington Campus on Friday 3 and Saturday 4 May. Situated in London’s museum quarter, the Festival is only a short walk from both South Kensington underground station and Hyde Park.

Natasha Martineau, Head of Research Communications at Imperial, said: “We are really excited about the return of Imperial Festival this Bank Holiday weekend. There are amazing activities for everyone, both inside and outdoors. It’ll be a great way to spend the extra time with the family. The opportunity to experience a silent disco, music and comedy performances, and take part in mind-expanding activities at one of the world’s top universities makes this an un-missable date with discovery. ”

Members of the public can drop in at any time during the Festival.