A new research hub set to help understand and prevent financial crises, was launched by the UK Chancellor, the Rt Hon George Osborne MP, at Imperial.

The Brevan Howard Centre for Financial Analysis at Imperial College Business School is funded by one of the largest gifts in business education history: £20.1 million from hedge fund Brevan Howard on behalf of its co-founder and Imperial alumnus Alan Howard (MEng Chemical Engineering & Chemical Technology 1986).

The financial crisis devastated businesses and households and we must not allow that to happen again.

The Centre is led by two of the world’s most respected economists: Professor Franklin Allen, formerly of the Wharton School at the University of Pennsylvania, and Professor Douglas Gale, who came to Imperial from NYU.

Professors Allen and Gale are renowned for their pioneering research into financial crises and market contagion - that is, when relatively small shocks in financial institutions spread and grow, severely damaging the wider economy.

A key goal of the Centre will be to reach out beyond the academic community to engage policymakers, financial services professionals and the wider public. The Centre’s initial research priorities include: 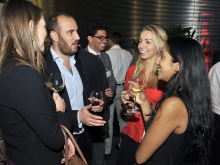 At the launch event, the Chancellor of the Exchequer George Osborne spoke about the importance of improving our understanding of financial stability and regulation through world-class universities like Imperial.

Martin Wolf CBE, Chief Economics Commentator at the Financial Times and author of The Shifts and the Shocks, delivered a short lecture on the causes and consequences of the 2008 financial crisis with a response from the Brevan Howard Centre’s Director of Research Professor Douglas Gale.

Professor Franklin Allen, Executive Director at the Brevan Howard Centre, outlined how it will act as a bridge between academic economists and financial policy makers. Professor Allen highlighted how the Centre will also enjoy access to Imperial’s wider expertise in science, engineering, medicine and business – including the College’s pioneering work in data science.

We will work to position the Centre as Europe’s leading hub for financial analysis.

The Rt Hon George Osborne MP, Chancellor of the Exchequer, said: “I’m delighted to open the new Brevan Howard Centre for Financial Analysis here at Imperial College London. This centre will help us both learn from the mistakes of the past, so we can build a safer banking system, and to seize the opportunities of the future, so we lead the world in new financial technologies and innovation. That’s right at the heart of our long term economic plan to provide jobs and growth and economic security for our country.”

Alan Howard, co-founder of Brevan Howard, said: “The Centre’s scholars and research agenda will tackle the issues that have gripped me and my colleagues in the markets. The financial crisis devastated businesses and households and we must not allow that to happen again. Financial stability, regulation, and ensuring credit flows to the real economy are of the utmost importance to society.

“We must involve the brightest minds and finest universities if we are to make financial markets work for everyone. By bringing Franklin Allen and Douglas Gale to Imperial College London we have done precisely that. 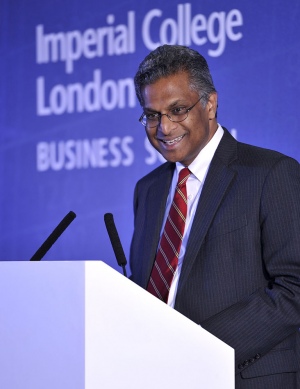 “It is a pleasure to support my alma mater in this way, and an honour to be able to contribute to Imperial’s continued excellence.”

“Franklin Allen and Douglas Gale are genuine pioneers in our understanding of systemic risk, corporate governance and interbank liquidity. Under their leadership, the Centre’s potential is enormous.

“Our students will enjoy even better access to the world’s finest scholars and most influential practitioners in finance.

“The Centre’s research – deeply embedded into the rest of the university – will allow Imperial College Business School to make greater contributions to a strong and stable financial sector and to support wider economic growth.

“Generations of students, scholars and financiers will be grateful for Alan Howard’s immense contribution in founding the Centre.”

There are a few times in your life when you feel like you are at exactly the right place at the right time. This is one of those moments.

“The Centre’s early work will have three main focal points. First, financial stability and regulation – the turmoil of the last six years has underlined the importance of improving understanding in these fields. Second, we will consider issues of financial structure focusing on the balance between banks and markets; which societies have got that balance right or wrong, and why? Third, we will analyse the role of financial economics for non-profit activities, such as healthcare and environmental preservation.

“As we work in these crucial areas, we will act as a Centre for the dissemination of research and draw scholars from all over the world to Imperial through conferences and other collaboration opportunities.”

Professor Douglas Gale, Director of Research at the Brevan Howard Centre, said: “We are excited to start connecting and collaborating with Imperial colleagues on research projects, and most of all to start teaching Imperial College Business School’s brilliant students.

“Imperial is the ideal environment for multidisciplinary education and research that engages the wider world. I look forward to showing off the Brevan Howard Centre and Imperial to international colleagues during our first conferences. I have no doubt that some of the world’s best scholars and students of financial economics will follow in our footsteps and join this great university.” 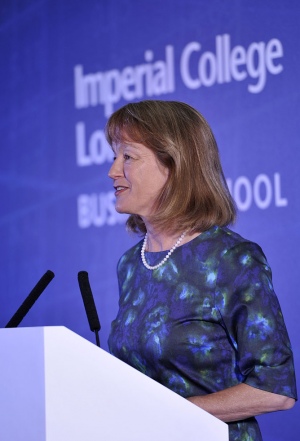 "This centre exemplifies what makes Imperial great: giving the world’s best scholars the environment they need to tackle the large problems of the world.

"I would like to thank the Chancellor of the Exchequer George Osborne – not only for returning to Imperial for this event, but for his personal commitment to the UK’s science and research base.

"I hope that he and his Treasury colleagues will be among the first to benefit from the Brevan Howard Centre’s work to develop economic policies conducive to sustainable growth.

"Thanks to Alan Howard’s vision and his firm’s investment, the Brevan Howard Centre is set to become one of the College’s most prestigious and important hubs for education and research. Thank you Alan and Sabine for your vision, your generosity and your confidence in Imperial College."