Imperial College London has today announced Professor Gavin Screaton FMedSci as Dean of the Faculty of Medicine. He takes up the role on 1 March 2015 in succession to Professor Dermot Kelleher FMedSci.

Professor Screaton is currently Vice Dean (Academic Development) in the Faculty of Medicine. Since joining Imperial in 2004 as the Chair of Medicine, a position he continues to hold, he has served as Campus Dean for Hammersmith, and Head of the Department of Medicine (formerly Division of Medicine), before becoming Vice Dean in 2013.

As a clinical investigator, Professor Screaton’s research currently focuses on the immunology of infectious disease with particular respect to dengue virus infection. He also continues to lead the medical grand round at the Hammersmith Hospital, part of Imperial College Healthcare NHS Trust, where he is honorary consultant physician.

“I am delighted to announce the appointment of Professor Gavin Screaton FMedSci as Dean of the Faculty of Medicine. Since joining Imperial over a decade ago, he has made a significant contribution to the success of the Faculty through his leadership within a succession of Campus, Departmental and Faculty appointments.”

“Gavin is a passionate advocate of the opportunities at Imperial to improve health and wellbeing by working in multi-disciplinary collaborations across the College and with partners externally. I look forward very much to working with him and his team to advance the academic mission of Imperial College London.” 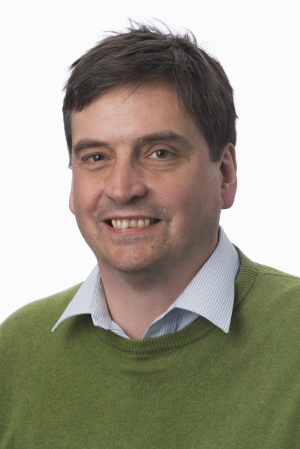 Professor Gavin Screaton, new Dean of the Faculty of Medicine

As Vice Dean for Academic Development, Professor Screaton chairs the Faculty Board, and has played a major role in recruitment of staff and the strategic and financial planning for the Faculty and across the College’s Academic Health Science Centre partnership with Imperial College NHS Trust.

“I’m honoured to be appointed Dean of the Faculty of Medicine and would like to thank Professor Kelleher for his vision, energy and commitment to advancing the Faculty’s aims and ambitions, including those with new national and international partners and collaborators.”

“The Faculty of Medicine at Imperial hosts an extraordinarily talented body of staff and students. It has been a great privilege to work alongside colleagues from all disciplines at Imperial, where we combine our talents to educate scientists and clinicians of the future and use our expertise in basic and clinical science to change lives. I look forward to working with my colleagues to maximise the impact on health and wellbeing that I believe the College can bring to bear.”

He is currently holder of a Wellcome Trust Senior Investigator Award, and throughout his career has been supported by a range of Fellowships from both the Medical Research Council and the Wellcome Trust.

Before joining Imperial in 2004, Professor Screaton held a range of clinical academic appointments and fellowships at the University of Oxford and the John Radcliffe Hospital, Oxford. He previously undertook his junior clinical training in Oxford and London, and was awarded his DPhil from Oxford in 1997, and his BA from Cambridge in 1984. Professor Gavin Screaton received his first degree from Cambridge in 1984 before moving to Oxford to complete his medical studies in 1987. He then completed training in General Internal medicine and obtained a DPhil from Oxford University in 1998.

His research, which has been supported by a series of Fellowships awarded by the MRC and Wellcome Trust, has covered a variety of topics from control of RNA processing and apoptosis to immunology. The current interests of his laboratory revolve around the immunology of infectious diseases with a special interest in dengue haemorrhagic fever, a rapidly emerging mosquito borne viral disease of the tropics. His research has been funded by the MRC and Wellcome Trust, with active research collaborations in South-East Asia.

Professor Screaton is a Fellow of the Academy of Medical Sciences, a Fellow of the Royal College of Physicians, a member of the Association of Physicians and was made a Founder Senior Investigator in the National Institute for Health Research. He sits on funding panels at the Wellcome Trust and MRC.