Reflecting on the first Althea cohort of female entrepreneurs The economic downturn has presented businesses and traders in the UK with both challenges and opportunities. An emerging trend is that the climate has led more women to start their own ventures, with government statistics showing that since 2008 the number of women in self-employment has increased by 34% compared with a 15% rise in men.

Yet behind the figures there are some telling disparities. For example, across the science, engineering and technology sectors, there are 10 times as many male-owned than female-owned companies. Fear of debt is the single largest barrier to entrepreneurship for both men and women, although the effect is far more pronounced in women. Also, women tend to start businesses with lower levels of capital – in terms of financial capital, human capital (management training and experience) and social capital (effective networks). 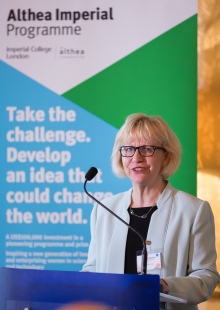 Tackling some of these issues was the driving force idea behind a pioneering scheme conceived by Imperial and the social venture philanthropic organisation the Althea Foundation to invest $100,000 in a three-year entrepreneurship programme and prize. Launched in October last year, the scheme invited female undergraduates and postgraduates at the College to take part in a series of development and mentoring sessions – as Programme Champion Professor Maggie Dallman (Associate Provost for Academic Partnerships) recalls.

“When we conceived the programme, our biggest fear was that very few women would come forward, and so we tried to manage our own expectations and agreed that we would be happy if we had five groups in total. “Amazingly, 67 applicants joined the programme. It was a resounding vindication of the concept – we knew that great talent and amazing ideas were out there we just had to provide the right forum and the right opportunity for our young women to engage in entrepreneurial activity.” 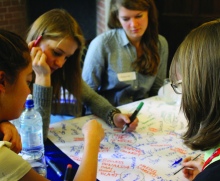 Those 67 applicants underwent five developmental sessions between October and February that focused on solving grand challenges; unlocking creative skills; developing leadership skills; learning from failure and harnessing public speaking skills. In the end 21 groups submitted proposals for businesses and of these five were selected to pitch their ideas in front of a panel of judges made up of international technology and investment experts on 21 April. 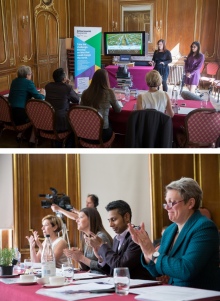 Head judge and Althea Board member Lesa Mitchell, currently Chairman and Founder of Networks for Scale, commented: “I have had the opportunity to judge many other competitions in the US, yet we were genuinely taken aback by the poise with which these young women presented their ideas for taking nascent technologies to the market. They were amazing.”

In the end the judges chose one overall winner who will receive £10,000 in funding and two runners up who will get £5,000 each. All three proposals were noted for their ingenuity, humanity and social impact – chiming with the Althea foundation’s mission (see right). 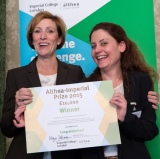 Hara won over the judges with rock solid confidence in her idea and business model coupled with an excellent command of the figures and potential market. Hara spells out the aims of her project in typically bold fashion: “I want to waterproof the world!” she says, adding: “But I want to do it sustainably.”

Concrete is a ubiquitous material; in fact our entire Western Civilisation is built upon its versatility and strength. “The ancient Greeks were some of the first people to use the material,” says Hara, in a nod to her distant compatriots. Yet, concrete is far from invulnerable and can degrade – in most cases due to the ingress of water, which can also speed up degradation further by carrying chemicals that attack steel reinforcements. With extreme weather conditions brought on by climate change, the problem can only get worse. 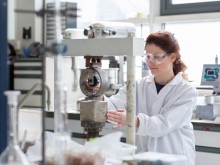 “Repair costs can be as high as £2,000 per square metre, which equates to £3 billion pounds in the UK annually, and $2 trillion world-wide,” says Hara. There are additive agents currently on the market that can be used to increase waterproofing of concrete, but they are expensive, use hazardous chemicals and are not sustainably sourced. Hara and team have found a way of creating super hydrophobic additive powder for concrete using only waste produce from the paper industry.

Tests in the lab have shown that it could be four times more waterproof than existing additives with no detriment to strength or density. “The worldwide market for waterproof concrete additives is in the region of £2-4billion and we believe that we could in theory capture around 35%,” says Hara. Rather than trying to scale up production themselves which would require huge capital, Hara’s team has shown real business acumen in their plan to license and outsource their technology. 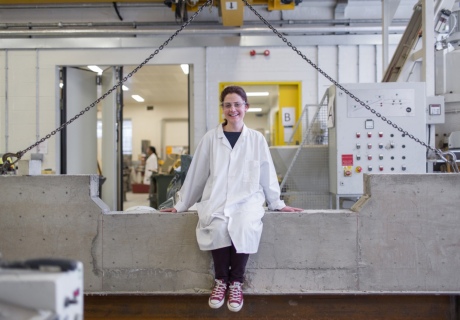 Read a Q&A with Hara here 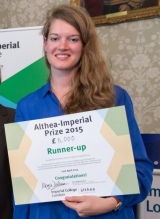 Clementine Chambon is the co-founder of Oorja (meaning ‘energy’ in Hindi). She captured the judges’ attention with a powerful and emotive pitch, focussing on the plight of some eight million women living in rural Uttar Pradesh, Northern India, who have no access electricity and a precarious livelihood blighted by ever-increasing crop failures.

Oorja’s solution is to literally put power back in their hands – by installing communityowned power plants that use locally-sourced agricultural waste including rice husks to generate sustainable electricity, gas for heating and cooking as well as fertilising biochar as a by-product.

Oorja has developed a unique design for a pyrolysis reactor that can be assembled from parts manufactured widely in Uttar Pradesh and operated with only minimal training. Central to the idea though is to franchise the operation to communities themselves.

To this end Clementine flew out to Behraich in India after her prize-winning pitch to conduct a field survey and make contact with communities. They plan to complete prototyping by late 2015 and launch the first field trial in early 2016. 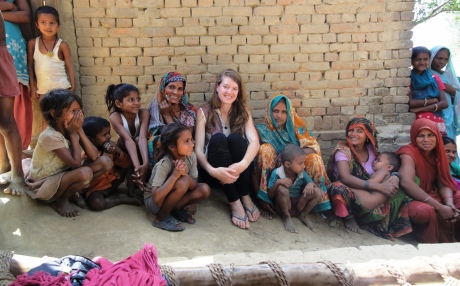 Read a Q&A with Clementine here 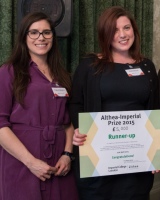 Kerry and Angela of FungiAlert are no strangers to success, having already netted £30,000 in seed funding as winners of the Institute of Chemical Biology CDT-DEN and Venture Catalyst Challenge. And they clearly have great faith in their idea, believing they can corner a market worth billions, with a device they say would act like “a smoke alarm for farmers,” who lose on average 30% of their crops to the soil-borne plant pathogen phytophthora. 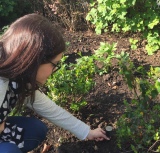 farmers to the problem after infection by the fungus, by which point the crops are untreatable. FungiAlert is an in situ, simpleto- use device that enables the early detection of plant diseases in soil and water with a simple colour-based signal. The team are planning field trials of their technology in the coming months.

Read a Q&A with FungiAlert here 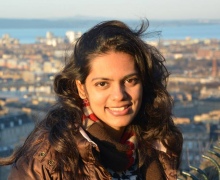 Post/Biotics reduces sole reliance on research institutions and pharmaceutical companies to develop new antibiotics, by enabling people to collaborate and participate in finding new antibiotics.Post/Biotics is a simple science toolkit and an online gaming platform that enables citizen scientists to locally sample their surroundings, (such as plants, fungi, soil) to map substances with antimicrobial values. The first version of Post/Biotics is designed as an interactive tool to facilitate education for schools in the UK. Post/Biotics impacts the problem of diminishing antibiotics stock by mapping potential new antibiotics across the world as well as raising awareness about the scarcity of existing antibiotics.

Read a Q&A with Vidhi here

Mortality due to infections is a vital problem globally. Of the 6.5 million children (under-5), who died in 2013, 51% died of infections. By vaccinating more children, the UN Millennium Development Goal (MDG) 4 is attempting to reduce deaths by two thirds by 2030. Financing is a major problem and the UN will only, at best, achieve a 1/3 reduction. Our aim is to develop a dual-purpose vaccine delivery patch, comprising of vaccine delivery and efficacy test areas. Its user-friendly nature, will significantly reduce associated supplementary immunization costs and help us meet the goal of reducing child mortality by two thirds.

Read a Q&A with Ravneet here

The Foundation’s goal is to invest, measure and scale the expansion of important ideas that may otherwise be neglected, underfunded or overlooked. It provides both early-stage development funds and non-repayable grants aligned with its objective. Chair and Founder Alexsis de Raadt St James (above, right) comments: “It has been my honour to work with Imperial, an institution that shares my passion for promoting innovation and entrepreneurship. With a high turnout among students and truly ground-breaking ideas, the Althea-Imperial Programme sets a precedent for excellence that I look forward to building on in years to come.”

If you want to get involved in the Althea scheme as a student entrepreneur or staff mentor visit this link to register your interest: bit.ly/Imp-althea