At what point in your medical training did you really see the potential of gene modification in healthcare?

Around five years into my training I was working on placement at the Royal Brompton and had the chance to learn more about cystic fibrosis. As is often the case, I had a very influential mentor Professor Duncan Geddes who made CF really interesting. I worked for him in a research capacity and put together a new diagnostic test for CF and that’s essentially how I got into the arena. Then a few years later in 1989, the CF gene was cloned and I think only then did it really become obvious that there was a capacity or capability for gene therapy.

In the Imperial community alone we have gene therapy trials now running for heart failure, blindness and Parkinson’s disease among other areas. Is the field coming of age?

Yes, although it is still early and we shouldn’t overhype it. I’ve been round and talked to all of Imperial’s gene therapists with a view to pulling us together more and sharing resources. It’s also important to acknowledge the engagement in the pharmaceutical community. Five years ago no one would touch gene therapy, now people are investing quite heavily. Gene therapy will ultimately be relevant to some diseases, but certainly not all. 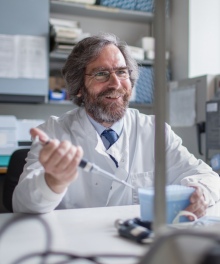 It’s taken around 25 years to get to where you are now. What has been the mind-set in the group?

The mind-set has always been that we are going to push through with this. There was never a moment’s doubt that we would give it our best shot. There are always funding issues and people who say it will work, others who say it will not. But you steer a middle ground, you deliver it and find out what is happening in the patient. The point we’re at the moment is we have modest and variable improvement in CF. It’s not the answer yet. But the mind-set is exactly the same: we push onwards. Ultimately, gene therapy will work, as long as you can deliver the gene – that’s how the body works. This is not hypothesis driven, it’s a delivery issue, but of course a difficult one. There’s a danger in the field overhyping by saying:  ‘We know the gene now, so in five years’ time it will be cured’. That sets the field back I think.

What next for this particular trial?

The question now is: ‘what do we need to do to make this into a clinical product’? We think we can increase the dose, reduce the dosing frequency or add small molecules and those three things we are discussing with pharmaceutical industry partners now.

The Consortium came together in 2001 around the time of some major setbacks in gene therapy including the death of trial participant in the US. What was the mood in the group?

Beyond acknowledging the sad event and being appropriately respectful of any lessons that might be learned, it didn’t substantially change what we were doing; our work uses very different approaches. We were already there as three separate groups, and all we did was formalise our collaboration and stop competing with one another.

Your trial employed liposomes while other approaches use a viral vector to deliver the modified gene to patients. Can you briefly clarify the difference between the methods please? 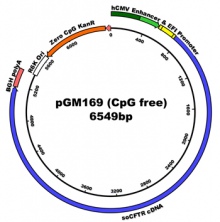 The liposome encapsulates a circular piece of DNA called a plasmid which contains the modified CF gene. That passes through the cell membrane and into the cytoplasm. The plasmid DNA then makes its way into the nucleus through unknown mechanisms and doesn’t integrate into the genome. That’s why it is rather inefficient. Viruses on the other hand go down railroads by hijacking the cytoskeleton and taking a well-worn path, ultimately integrating into the host cell’s genomic DNA, which can lead to safety issues. Commonly used viral vectors do not produce efficacy after repeated administration and are therefore not suitable for the multiple treatments that a lifelong disease such as CF needs. That is why we went with a liposome method when we started out. However, we now have some promising data on a novel lentiviral vector that can be given repeatedly, and we hope to start a first-in-man trial next year.

You have a role in Genomic England’s 100,000 Genomes Project. Tell us more. 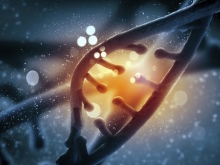 That project was formally launched by the Government last year and aims to sequence 100,000 whole genomes from NHS patients by 2017, with the goal of being to understand the differences between people’s genetic code that leads to disease. I lead a national grouping which aims to help the interpretation of these findings in respiratory patients. It’s an important step but also one with a greater opportunity. With all the sequencing activity going on, I think it would be sensible to link that not only to diagnostics but to a more national gene therapy strategy. Geneticists and gene therapists are very different groups and I’m not sure they often communicate optimally. But once we can identify the underlying mutations in lots of rare diseases these may be amenable to  gene therapy and that’s something I’m trying to promote. Eric Alton is Professor of Gene Therapy and Respiratory Medicine at the National Heart and Lung Institute and Honorary Consultant Physician at the Royal Brompton Hospital. As Coordinator of the UK Cystic Fibrosis Gene Therapy Consortium he led a recent successful trial of gene therapy for CF.