The deal brokered in Paris amounts to a 'strong global signal' that climate change is a serious issue that must be tackled, say Imperial academics.

Alyssa Gilbert and Ajay Gambhir are two experts from Imperial’s Grantham Institute who were at the 2015 Paris UN Climate Change Conference (COP21) last week and followed talks closely – whilst also hosting a series of official side events exhibiting Grantham research. 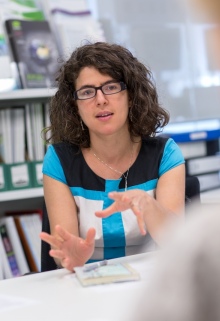 In a radio interview above, they discuss what the Paris deal actually looks like and what it means on a practical level; some of the sticking points in the lead to up to the tense negotiations and the next steps post-COP 21.

Both agreed that at a high level, the deal represents a concerted agreement between all countries of the world that climate change is a serious issue that has to be tackled – with the main goal being to stay within no more than a 2°C temperate rise since industrial times, and hopefully much less.

“It is phenomenally exciting that this kind of diplomacy is possible for what is a really tricky long-term issue,” said Alyssa (pictured above). “In Paris what struck me most was the diversity of people you meet there - this is 195 very different countries with very different cultural settings, growth hopes and challenges on the ground – but all of those people are committed to doing what they need to do on this issue.” 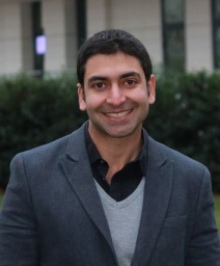 However, both stress that the deal represents a stepping stone along the long term path to keeping warming well below 2°C, and that considerable work is still required.

“In order to turn this agreement into a successful framework to deal with dangerous climate change it needs to spur actions – whether that’s governments who design policy, businesses who make investments or civil society who change their behaviours – it’s that combination of actions that will together deliver the goals to reduce emissions,” said Ajay.

“I think 12 December will be remembered as a momentous day – and now what is critical is for decisions, money and behaviour to develop in line with the ambitions of the agreement."