One of the world's most distinguished computer scientists, Professor Nick Jennings, is to become Vice Provost (Research) at Imperial from April 2016.

Professor Jennings will take responsibility for developing and spearheading Imperial’s research strategy, and for enhancing the quality, impact, management and delivery of research in the College.

Imperial’s Strategy 2015-20 shows that it has the ambition and courage to become an even more successful and influential research university.

In December 2014, Imperial was shown to have the top research impact of any UK university by the Research Excellence Framework.  The College’s Strategy 2015-20 outlined plans to build on that success in world-class core academic disciplines, support new emerging disciplines, become more proactive in identifying and nurturing research talent, and seek new multidisciplinary approaches to address global challenges.

Professor Jennings is currently Regius Professor of Computer Science at the University of Southampton – the first holder of that title in the institution’s history.

Throughout his career, Professor Jennings has published more than 500 articles. He is one of the world’s most highly cited academics in both Engineering and Computer Science.

Professor Jennings was recently made Companion of the Order of the Bath in the Queen’s New Year Honours list in recognition of his pioneering contributions to computer science and national security science.

Professor James Stirling CBE FRS, Provost of Imperial College London, said: “Professor Jennings is a scientific pioneer, proven leader and a true innovator. We are very fortunate to welcome him to Imperial at this exciting time in the College’s development. 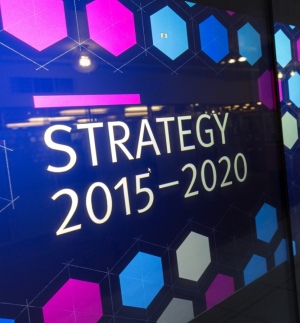 “Imperial’s Strategy 2015-20 puts research excellence at the heart of our academic mission. We already have a formidable track record, but we strive to be better and bolder. We must act with courage, pushing the boundaries of discovery and collaborating to help find solutions to the world’s most pressing challenges.

“Professor Jennings’ outstanding personal research record and experience of working in both the higher education and government sectors make him the ideal leader of the College’s research strategy and its implementation.”

Professor Nick Jennings CB FREng said: “It is an honour to join one of the world’s great universities. I have long admired Imperial College London for its excellent people, innovations and willingness to collaborate beyond disciplinary, institutional and national boundaries. I have enjoyed many fruitful research partnerships with Imperial peers, and I look forward to working closely with so many first-class researchers.

“Imperial’s Strategy 2015-20 shows that it has the ambition and courage to become an even more successful and influential research university. I am thrilled at the chance to contribute to the College’s bright future.”