Alumni launch Gravity Sketch, the app aiming to make 3D design for everyone A team of Imperial alumni have launched a new app to simplify the process of 3D printing and design.

Gravity Sketch allows users to turn ideas into 3D designs that can be shared on social media sites and easily 3D-printed. 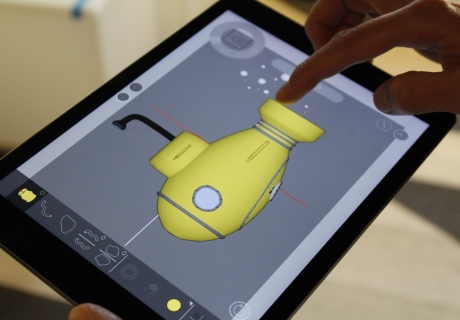 The team, comprising Guillaume Couche, Pierre Paslier, Daniela Paredes Fuentes and Oluwaseyi Sosanya, all met and began the project in 2014 whilst studying on Imperial’s Innovation Design Engineering programme (run jointly with the Royal College of Art).

Pierre Paslier said: “As a team of designers we used to get so frustrated with the existing software packages that we had to wrestle with to 3D print anything at all. 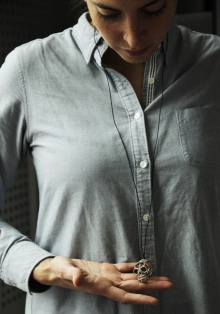 “Visual thinkers especially are often held back by the linguistic and numerical nature of design software such as CAD.”

Unlike existing design software the app allows users to bring their creations to life in real time using ‘direct 3D technology’ to produce their designs on a virtual plane. This removes one of the key complexities with existing 3D design tools, learning how to use the complex software required.

The Gravity Sketch team have also partnered with 3D printer Shapeways, giving users the option to order 3D prints of their creations from within the app.

Oluwaseyi Sosanya added: “We spoke with a lot of makers who told us they couldn’t express their creativity with the current 3D tools. The growing ‘makers movement’ has created a market for tools that differ from the industry standards. Jewelry makers, sculptors and other tinkerers are not yet enjoying the amazing possibilities of 3D printing.”

After developing the initial idea as a second year project, the team went on to compete in Imperial Create Lab’s Venture Catalyst Challenge in 2015 where they further refined Gravity Sketch and their business ideas. 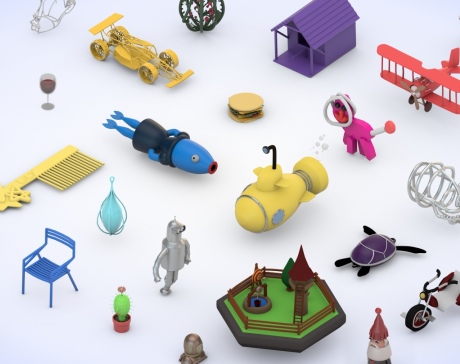 Pierre said: “The VCC was really good for the business and entrepreneurial aspect of the project. As designers it was useful to have a crash course in that side of things. We also got lots of insights from experts to make sure we got our proposition right.”

Today 70% of UK schools use tablets and 300 million iPads are in use worldwide. The team hope Gravity Sketch will help open up 3D design to a whole new generation.

Pierre Paslier said: “Gravity Sketch is on a mission to lower the barriers to 3D literacy, the ability to create and manipulate 3D content. With the decreasing price of 3D printing, and the rise of virtual reality, our team really believes that 3D accessibility is the key to the future for science, creativity and entertainment.” 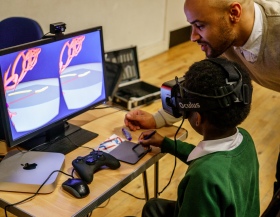 Gravity Sketch is currently available in iOS with an Android version expected later this year. The team are also developing the app on VR platform Oculus Rift and in Augmented Reality.

More information about the app is available at www.gravitysketch.com