For the first time in over half a century, one of Imperial's original mascots will return to the College for Imperial Festival on the 7-8 May.

Clementine I, now named Joanne, will join current car mascots Clementine II, Boanerges and Jezebel – herself celebrating her 100th birthday this year – on Imperial College Road throughout the Festival and Alumni Weekend.

Clem 1’s history as a mascot at the College dates back to the 1940s, when she was bought by the Royal School of Mines after starting her life in Kent in 1919, and having been passed down by a series of Medway-based owners.

The five-ton Aveling and Porter class TE GND steam-powered tractor was originally built at the Aveling & Porter’s works at Rochester, in Kent. Though her application at Imperial was less industrious, during her brief time as a College mascot she certainly made herself useful.

Among a number of appearances throughout her tenure at Imperial, she was present for the opening of the Roderic Hill Building by the Queen Mother in 1957, where members of the Royal School of Mines Union (RSMU), her de-facto owners, were introduced as part of the formalities.

However, due to the impracticalities of maintaining Clem 1 as the College expanded its research and teaching capacities at South Kensington, her future at Imperial was unsustainable. But help was at hand in 1960 when recent graduate Mike Elvy vowed to take care of her.

At this point, Clem 1’s story becomes a little less clear. Clem 1 was the transportation of choice for newly-married Mike and his wife in Hounslow Town Centre in the 1960s, but there is a gap in Clem 1’s history until she was purchased by John Heselwood in the 1980s, who still owns and sometimes operates her today.

John’s grandson Christopher will be bringing her down for the Festival and Alumni Weekend from their home in Bury, Lancashire.

Can you help fill in the gaps? 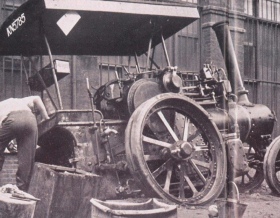 The trail for Clem 1 warmed up in 2014 when Kim Winter, Project Planning Manager in the Estates Division, came across an image of her in an edition of LINK, the quarterly magazine of the London Area Group of the Ffestiniog Railway Society, recognising the plates from previous images he had found since 2004 when he helped revive the Transport and Railway Society.

Alongside finally tracking down Clem 1, he discovered that it was Mike Elvy who, in 1957, first organised the original Railway Society’s excursions to the Ffestiniog Railway in North Wales, to help restore the line to its former glories.

“Although I never had the chance to meet him, Mike sounded like a really interesting character, and I’d love to hear from anyone who has memories of him either while he was at Imperial or after he graduated.” Kim said. “In particular, finding out how he came to own Clem 1/Joanne would be a fascinating addition to the history of the mascots here at Imperial.”

Now, groups across Imperial are hoping to find out what happened to Clem 1 in the intervening years. Have you seen her at events in the past? Were you part of the RSMU in the 1940s and 50s?

Kim added: “I’ll be at Imperial Festival next weekend and would love to meet in person any alumni from that period who have memories of Clem 1/Joanne, Mike or any of the other mascot owners and committee members from the College’s Unions, to help piece together the history and help identify any of the people in the pictures in our archives.” 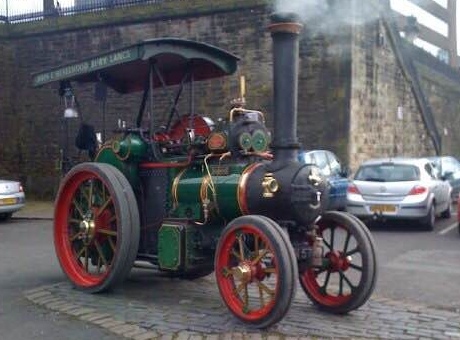 Steam was a major part of the industrial revolution and especially so in Transport from the 1850s until the electrification of the railways in the 20th Century. At Imperial Festival, the Transport Zone will take a look at the past, in the form of the Horseless Carriage Exhibition, and explore how current technologies developed at Imperial could shape our transport futures.

The Festival, which takes place on the weekend of 7-8 May, is an interactive celebration  of the best research from the College.

Join the Festival excitement by using the hashtag #impfest. You can share your memories of the College for the Alumni Weekend on the hashtag #ourimperial.