Professor Yike Guo explains how the shift in China towards digital payment tools is providing insights into customer behaviour in the country.

In an interview with China Daily, the Director of Imperial's Data Science Institute explained that as the majority of transactions in China are now made through online payment platforms, "consumer behaviour is completely reflected in the use of internet payments, which is not quite the case yet in Western countries". 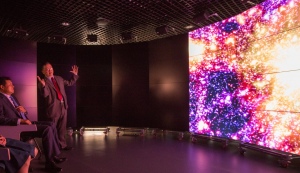 "This kind of big data research is fundamental to understanding a nation's economy and social behaviour” Professor Guo says, but the use of personal data is a double edged sword.

"What we have to do is develop a mature legal system and make different social conventions to ensure information on individuals is respected and used properly."

Based on the scale of data on online payments it holds, China, he argues, could be ideally placed to lead the way in shaping the mechanisms, financial rules, conventions and legal systems around the way this data is used.

The nation “should think about how developments contribute to mankind, not just to China", he said.

China must also not overlook the importance of understanding the social impact of big data research – as well as just its potential for unlocking new products and industries, he said.

Big data could revolutionize healthcare, he argues, making medicine more personalized: "We could potentially have an Uber for doctors” he said. “That's a key example of how big data could change the entire medical care structure."

Imperial is Britain’s number one research collaborator with China. Last year, President Xi Jinping of China visited the College and heard about some of the research taking place within the Data Sciences Institute 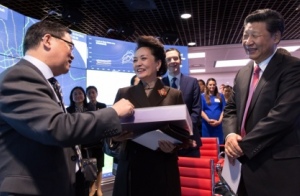 Professor Guo presented data analysis on human migration in China to the President. The research demonstrated some interesting and unexpected trends, he explains. For example, young people from Zhejiang province tend to migrate to provinces like Henan.

"The reason this happened is largely because of the entrepreneurial opportunities in Henan, which have been generated by the building of logistic centers in (provincial capital) Zhengzhou, a major railway hub, and by preferential policies. That's quite an interesting result."