Pioneering research into psychedelic drugs could herald a revolution in our understanding of human consciousness and how we treat mental illness.

With its roots in the great age of Victorian invention, Imperial College London looks back on a rich heritage of breakthroughs in science, engineering and medicine – from the discovery of penicillin and development of radar technology in the early 20th century, through to ‘lab on a chip’ DNA sequencing in the 21st Century.

It’s perhaps not, at first glance, the sort of place you might expect to find controversial research involving members of the public taking ecstasy, magic mushrooms and LSD − as has been happening for a few years now at the College.

Yet, Imperial’s core institutional strategy actually places an emphasis on ‘acting courageously’ and ‘taking risks’ – and in that light, psychedelics research could well lead to a genuine revolution in our understanding of human consciousness and the way we treat mental illness.

Dr Robin Carhart-Harris, Head of Psychedelic Research in Imperial’s Division of Brain Sciences (left), is at the vanguard of that revolution. He recruits volunteers, some mentally healthy and others with depression and anxiety, and administers psychedelic substances to them in a highly controlled and as far as possible safe, environment so that he can study the effects that they have on the mind and brain. All his work is done within the strictest ethical and regulatory framework and with the expressed permission of the UK Home Office.

One of the key scientific tools in Robin’s repertoire is Magnetic Resonance Imaging (MRI) − best known for its colourful brain scans, showing blobs of activity when people are solving problems or using language skills for example. However, Robin’s work takes a more holistic approach, looking broadly at how the entire brain is organised into certain networks. The collective findings from several studies scanning volunteers under the influence of different psychedelic substances have been truly enlightening. 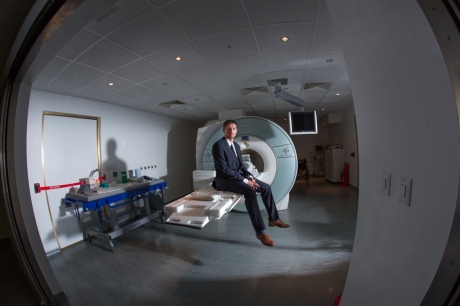 “I think it’s fair to say we are beginning to uncover some key principles about how psychedelics alter consciousness − and the profound thing is, that doesn’t just tell you how psychedelic drugs work, it can tell you something fundamental about the nature of brain function itself and its relationship to the mind,” he says.

After treatment with psychedelics there’s a kind of psychological renewal, or rebirth

In a very general sense psychedelics appear to disrupt brain networks used in high-level functioning, reverting to a more primitive, child-like state. But that description belies how useful disruption can be in certain situations. In some people, thinking patterns and the brain networks that govern them can become so rigid and inflexible that they reinforce an overwhelmingly pessimistic view of the world and all the sensory information in it, causing debilitating depression. Psychedelic treatment seems to break that pattern. Similarly, with their inherent disruptive capacity, psychedilics can also unlock a larger range of possible brain configurations leading to ‘mind expansion’ and seemingly spontaneous insights and creative thinking. 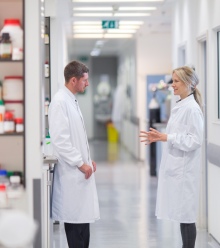 With depression being the leading cause of disability worldwide, affecting 350 million people of all ages (according to the World Health Organisation), novel treatments remain a key priority. Small scale studies of psilocybin, the psychedelic compound of magic mushrooms, at Imperial have shown real promise and could pave the way for randomised-controlled clinical trials in the near future.

“It’s really important to emphasise that, in many cases, depression is delusional. If you look at how sufferers appraise the world − and there are ways of testing this which we have done − you can demonstrate that their perspectives are inaccurate and erroneous; they are expecting worse things to come to them than actually do and they are not anticipating the potentially positive, beneficial things.

“After treatment with psychedelics, that biased way of thinking is corrected. They don’t spin off into some naïve optimism, but instead there’s a kind of psychological renewal, or rebirth − a freshness of perspective that is more balanced and accurate. We’re not trying to brainwash people or change their unique style of thinking in a directive way, we’re giving them an opportunity to see things differently.”

Interestingly, psychedelics seem to have a fundamentally different mode of action from standard treatments for depression, such selective serotonin reuptake inhibitors (SSRIs), which tone down the most debilitating feelings of self-loathing, but also tend to blunt positive emotions. 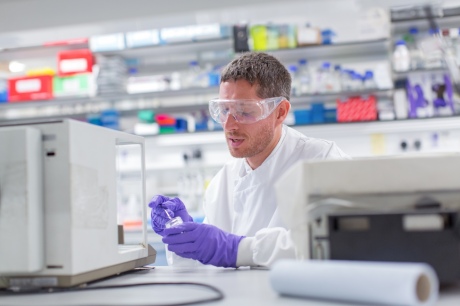 In a sense, Robin takes up the mantle for the great minds of the 1950s and 1960s whose work into the potential of psychedelics was effectively curtailed by the UN’s Convention on Psychotropic Substances in 1971. Yet, he goes in with open eyes − knowing the great burden of proof required to get any modern therapy to the clinic.

“I try very hard to not to romanticise psychedelics and present them as only wonderful things that could change to world for the better – even though I suspect that they have that capacity – because it would be wrong to think that these compounds have no limitations or any potential for harm. I have a responsibility to look at those aspects as well.

“These are powerful tools to engender change − done irresponsibly that change could be negative but handled in the right way it could be very positive.” 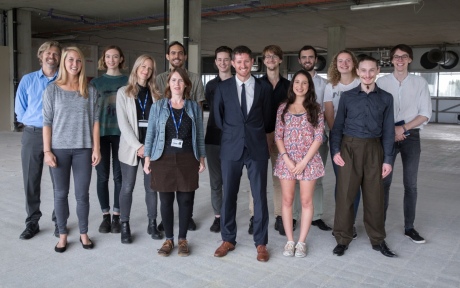