Professor Alice Gast has spoken about the consequences of Brexit, urging European students not to be deterred from studying in the UK.

In a French language interview with Le Figaro, Professor Gast said Britain’s universities are “global institutions” and Brexit should not be interpreted as a change in this mindset.

Imperial will continue to advocate for enhancing visa options for foreign students: “We want our doors to remain open to talented international students”, she said. Imperial will seek assurances from the government that this will be the case. 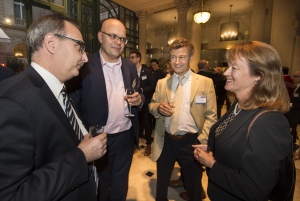 The College’s collaborations with partners across the Channel include work with French biotech firm bioMérieux to develop a rapid test to identify bacterial infection in children. The EU-funded research project could allow healthcare professionals to reduce the number of unnecessary antibiotics, as well as quickly identify deadly cases of meningitis, sepsis and other life-threatening bacterial infections.

A recent study, which included scientists from Institut Pasteur in Paris, showed that previous exposure to the dengue virus may increase the potency of Zika infection. A second study by the same team suggests an antibody that works against the dengue virus may also neutralise Zika - providing a potential target for a vaccine.

Speaking of Imperial’s education, Professor Gast argued that it is important to develop links between fields. “Students no longer see borders between disciplines, particularly when working on multidisciplinary entrepreneurial projects,” she said. “It's very exciting to see our students learn new skills through encountering other fields”. 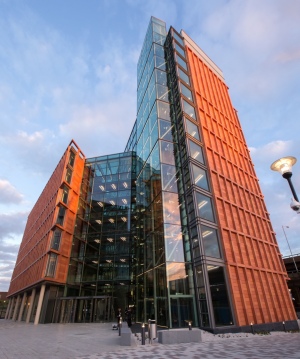 Entrepreneurship and innovation are major focuses for Imperial, Professor Gast said. She highlighted the College’s new £40 million development at White City. The I-HUB at White City Campus, which opened for business on 26 October, will provide laboratories, office space, and an incubator. It is dedicated to translating and commercialising world-leading research for the benefit of our economy and society.

“Innovation is essential” to tackling the increasingly complex societal problems of our time. “This is why we must invest in research and innovation to find viable solutions”, she said.