Graduate entrepreneurs should be a post-Brexit priority, writes President Gast In an op-ed for the newspaper, 'Keeping Britain's Doors Open to Talent', Professor Alice Gast wrote: “The U.K. is a scientific superpower, and this is a benefit for jobs and growth. Brexit success must mean protecting this superpower status, by carefully designing border controls to attract ‘the brightest and best,’ as Home Secretary Amber Rudd put it at this week’s Conservative Party conference. For Britain to be a truly global leader, it must be the preferred destination for the scientists, technologists and entrepreneurs who drive economic vitality.

Britain must not let Brexit be misinterpreted as a closing of the country’s doors.

President Gast compared her US experience with the UK’s efforts to attract talented students: “In the U.S., students graduating from university can apply to stay an additional year to work, study, join or start a new company," while science, technology, engineering and medicine graduates can stay for an additional two years. "By contrast, the U.K. gains in the short term from the high fees that foreign students pay, but loses out in the long run by sending them home right after they graduate." 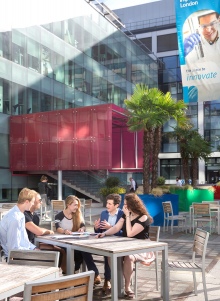 President Gast explained that: “The U.K. does offer a graduate entrepreneur visa for students involved with new enterprises, typically as founders. But, to receive these visas, which last up to two years, they must first demonstrate that their ventures are beneficial to the British economy. Under better circumstances, this program could be an effective lure for entrepreneurial students, but approval is difficult to obtain and the application process is overly bureaucratic. Imperial has sponsored around 20 such entrepreneurs since 2012, when this visa was introduced. We are now collaborating with the Home Office on a pilot scheme that would allow students who win places on our one-year Master’s programs to access a streamlined visa process and stay on in the U.K. for six months after they complete their degree.”

Professor Gast argues that “Britain must not let Brexit be misinterpreted as a closing of the country’s doors. We must overcome this impression among bright entrepreneurial people, seize the opportunities and make the U.K. a destination for foreign talent.”

The full opinion piece can be read in the Wall Street Journal.