Eight of Imperial's social entrepreneurs have been featured in this year's Forbes 30-under-30 Europe list.

The Imperial innovators featured are:

Among the brightest young visionaries in Europe

Bruno Cotta, Director of Imperial Enterprise Lab said: “The number of Imperial students on this year’s Forbes 30-under-30 demonstrates the innovative and enterprising environment we have here at the College.

“Our students are equipped with not only the academic knowledge to succeed but the drive and ingenuity to really be game changers in their respective fields.”

Dr Nick Jones (Mathematics), Advanced Hackspace Management, added: “The fact all these students have been part of the enterprise and invention ecosystem here at the College shows just what a valuable resource it is to college members looking to prototype and develop their innovative ideas.

"This result is indicative of a recent convergence of a number of strong and distinctive strands of Imperial's invention and enterprise ecosystem: bringing prototyping together with entrepreneurship."

One of the Imperial graduates recognised is Malav Sanghavi, an Indian alumni of the Dyson School’s Innovation Design Engineering course, run jointly with the Royal College of Art.

Malav is the founder of LifeCradle, a low cost neonatal incubator. The project, which he developed as an Imperial student, is 90% cheaper to produce than current models and provides the basic functions necessary for child’s survival in their first days of life.

The incubator is intended for use in the developing world, where access to neonatal facilities can be limited. Made from cardboard, the bottom part of the incubator can be given to the parent of the child after birth as a make-shift cot. 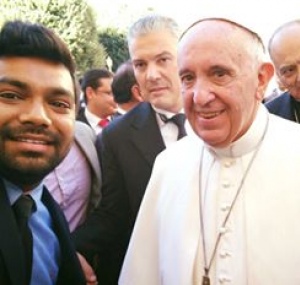 Malav, who is remaining in the UK under the Tier 1 Graduate Entrepreneur Scheme, will be rolling out 200 prototype incubators in a district near Bangalore, India, later this year.

LifeCradle was one of two winning projects at the Vatican Youth Symposium in 2016, the prestigious competition which brings together young innovators from across the globe in the search for solutions to achieve social inclusion, economic prosperity and environmental sustainability across the world as part of the UN’s Sustainable Development Goals.

He said: “I took inspiration from Finnish baby boxes and western neonatal care” Malav said. “In India, there’s very little neonatal care at a grassroots level – especially in remote areas. India has the highest number of babies dying within the first 24 hours of their birth in the world, more than 300,000 a year.”

Malav added: “The whole process has been a real eye opener. Meeting people from so many different countries and backgrounds who are all trying to change the world for the better is incredibly motivating.”

Many of this year’s innovators are products of Imperial’s innovative entrepreneurial ecosystem incorporating the Imperial Enterprise Lab, Advanced Hackspace as well as a range of departmental and cross-College enterprise initiatives. 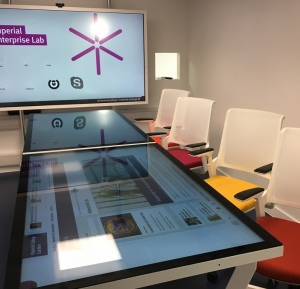