The declaration gives researchers confidence that their work will be judged for what it is, not where it has been published.

Imperial has affirmed its commitment to the fair assessment of research achievements through the signing of an international declaration.

Imperial is counted among the world’s great universities because of the enormous achievements of its academic staff.

The San Francisco Declaration on Research Assessment (DORA) means that Imperial will no longer consider journal-based metrics, such as journal impact factors, in decisions on the hiring and promotion of academic staff.

It is intended to give researchers confidence that their work will be judged for what it is – not where it has been published – alongside their other contributions to College’s educational and societal mission.

The move follows Imperial's 2015 review on the Application and Consistency of Approach in the Use of Performance Metrics, which set out principles for ensuring that a broad profile of activities - including research, teaching and citizenship - are recognised in an evidence-based way in hiring and promotion decisions at the College. 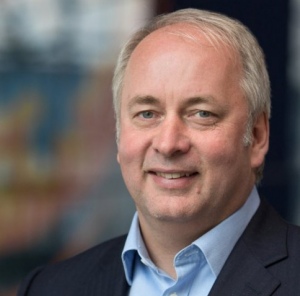 Professor Nick Jennings, Vice Provost (Research) at Imperial, signed the declaration on behalf of the College. He said: "Imperial is counted among the world’s great universities because of the enormous achievements of its academic staff. They work tirelessly to push the boundaries of knowledge, challenge our understanding of the world, and seek solutions to some of the most pressing problems of our time. It is important that their diverse contributions are celebrated and receive the merit they deserve.

“Signing DORA is an important signal to our staff, and the outside world, that we are focused on the intrinsic quality of our research. This must be the driving force behind our decisions about hiring and promoting staff. It is also reinforces our commitment to the responsible use of meaningful metrics in judging research performance.”

Professor Stephen Curry, Professor of Structural Biology, sat on the Review Team during Imperial's review into performance metrics. He said: “I am delighted that Imperial College has signed the declaration. I have been pushing for it for some time.  As one of the world’s top universities we can, I hope, play a prominent role in pushing back against the pernicious stresses that journal impact factors impose on the integrity of research and on the careers of researchers, especially those at an early stage.

There is still work to do to raise our game in terms of ensuring that staff feel valued for all the contributions they make to Imperial. But it is clear to me that there is a very strong resolve across the College to achieve this. Signing DORA is an important component of that effort since it empowers staff to be involved in setting high standards of fairness and rigour in assessment.”