Imperial recognised as a centre of excellence in cyber security research Imperial College London has been recognised again as an academic centre of excellence in cyber security research.

This recognition is given by the National Cyber Security Centre (NCSC), the UK’s authority on cyber security, in conjunction with the Engineering and Physical Sciences Research Council, the UK's main agency for funding research in engineering and the physical sciences. 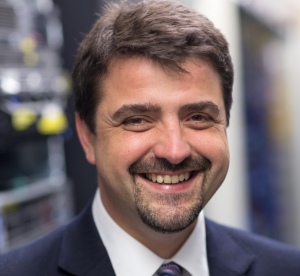 In 2012, Imperial was first recognised as an academic centre of excellence in this field. It was one of the first in the country to be given this prestigious status. For the past five years Dr Emil Lupu has been leading Imperial’s Academic Centre of Excellence.

Dr Lupu, who is also Associate Director at the Institute for Security Science & Technology, said: “We are now living in a world that is increasingly fragmented and more hostile. It has never been more important for the UK to be prepared to defend itself against a range of cyber threats. Academic Centres of Excellence, like Imperial’s, play a really important role in this process and it means that we can work with the UK government and industry to help shape the research landscape in cyber security.”

Being recognised as a centre of excellence status has a range of benefits for the College including closer collaboration with the NCSC, the cybersecurity community and industry.

It also enables the College to get a better understanding of the cyber security challenges affecting the UK government and industry.

Most importantly, Centre of Excellence recognition enables Imperial researchers to be at the cyber-security ‘coal-face’, where researchers can contribute to the national research agenda and develop innovative approaches to make the cyber space more resilient from threats.

For the past five years, Dr Lupu and his colleagues at Imperial have been playing a major role in the national cyber security programme. For example, researchers are working on making the nation’s critical infrastructure such as railway networks safer and more secure from rogue cyber threats and on new techniques to ensure computer software is less vulnerable to threats.

When I was the government’s Chief Scientific Advisor for National Security, I saw how important cyber security is for us both individually and as a society.

They have also been training the next generation of cyber security experts, supervising many PhD students in this area.

Imperial has also been instrumental in the creation and running of the PETRAS IoT Research Hub. This is a consortium of nine leading UK universities that are exploring the critical issues of privacy, ethics, trust, reliability, acceptability and security in relation to the Internet of Things (IoT).

The IoT has the potential to revolutionise the relationship between the digital and the physical world and how users interact with it. This could lead to homes, infrastructure and healthcare services that are more adaptable and responsive to the needs of users, ultimately improving the quality of life for people. However, it also exposes the physical world to cyber threats originating from any corner of the internet and the partners are exploring ways to mitigate those threats.

Professor Nick Jennings, Vice-Provost (research), said: “I’m delighted that our cyber-security research has been recognised by the renewal of our Centre of Excellence status. When I was the government’s Chief Scientific Advisor for National Security, I saw how important cyber security is for us both individually and as a society. There remain many research challenges in this fast paced area and it’s great to see Imperial at the forefront of this work.” 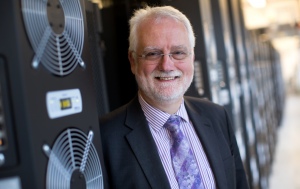 Professor Chris Hankin, Director of the Institute for Security Science, added: “We are delighted Imperial can continue to use the title of Academic Centre of Excellence in Cyber Security Research for another five years.  Over the previous period, the number of academics involved in the Centre has almost doubled.  We look forward to building on this success and working with the new National Cyber Security Centre to ensure that the UK remains safe and secure in cyberspace.”

“It’s fantastic to see so many leading universities committed to trailblazing improvements to the UK’s cyber security research, and it is particularly good to see Scotland represented for the first time.

“At the NCSC, we are absolutely committed to maintaining and improving our already strong reputation as a global leader in cutting edge research, and look forward to collaborating with these establishments to make the UK the safest place to live and work online.

“These universities conduct world class cyber security research and this initiative will improve the way academics, government and business work together – benefiting the whole of the country.”

Ben Gummer, Minister for the Cabinet Office & Paymaster General, said: “This Government is determined to make the UK the safest place in the world to live, work and do business online.

“That is why we need truly ground-breaking research to stay one step ahead of the growing threat of cyber-attacks. I am pleased to announce the University of Edinburgh as the latest academic institution to contribute their expertise to this vital field, joining thirteen other universities from around the country.

“By engaging with business, industry and academia, we will ensure that we develop the skills and research we need to tackle this growing threat to the UK.”

Students from Imperial College London beat 12 other teams from universities designated as Academic Centres of Excellence in Cyber Security Research, to take the top spot at the Inter-ACE cyber challenge.

The victorious team QWERTY from Imperial College London were awarded £6,500, with silver going to SU-DON’T from the University of Southampton, with the team scooping £2,500.

Held at the University of Cambridge 18 March 2017, the competition involved teams earning points for hacking into each other’s machines while defending their own.

The competition is designed to help tackle the huge cyber security skills gap, which latest figures suggest will increase to a 1.8m people shortfall by 2022. Q and A with a security expert who is making our mobile networks safer Q and A: Cyber-crime expert talks Brexit, security... and attacks from fridges Imperial researcher talks about improving security around healthcare data

Comment on New COVID-19 project will use the power of smartphones to search for treatments: Amazing and very interesting approach. Congratulations

Comment on Dr Bill Frankland, the grandfather of allergy, celebrates his 108th birthday: I was saddened to hear of Dr Frankland’s death having heard on the radio relatively recently, tele…

Comment on New COVID-19 project will use the power of smartphones to search for treatments: Will Dreamlab need any volunteers to help with the development of the project project?