Imperial researchers give tips about how to observe shooting stars and what to do if they fall to Earth, as part of Asteroid Day celebrations.

As part of Imperial College London’s awareness raising efforts, Dr Simon Foster, Department of Physics at Imperial, talks about how we can observe fragments of asteroids in the skies over the UK. Dr Wren Montgomery, from the Department of Earth Science and Engineering at the College, talks 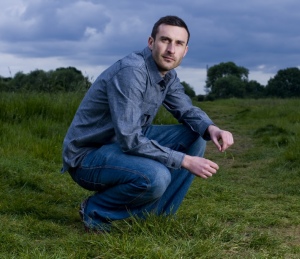 about how people can be citizen scientists and collect small asteroid fragments for analysis at universities.

Dr Foster said: “Seeing asteroid fragments in the form of shooting stars gives a fantastic reminder that not everything in the night sky is predictable and how alive our solar system is. Shooting stars are small rocky objects in space, called meteoroids, which heat up as they enter our atmosphere, giving off a fiery streak. The vast majority of these objects burn up in our atmosphere, and these are called meteors. However, occasionally one can make it all the way to the ground and this is called a meteorite.”

Learn more about the classification of space rocks in our solar system [insert hyperlink].

Dr Foster's tips on How to observe shooting stars

While meteors can be seen throughout the year you have a better chance of spotting a shower at certain specific times of the year. There are three regular meteor showers that give you an excellent chance to spot a shooting star. These are the Quadrantid shower at the beginning of January, the Perseid shower in mid-August and the Geminid shower in mid-December. During these showers, there can be as many as 75 meteors per hour and they can last several days, so if your viewing is spoiled by bad weather, you get several chances. The meteor shower app is perfect for checking the date and location of meteor showers and is available on android and ios.

The bright lights of big cities make astronomy difficult at the best of times, but since shooting stars are so faint and appear for only a fraction of a second, spotting them against all this light pollution is almost impossible. Therefore, you’ll need to get out of the city and into the countryside to have a better chance of observing a shooting star.

Shooting stars burn up incredibly fast. The best technique to spot shooting stars is to focus on a particular region of the sky rather than continually scanning the sky. Even if you don’t get to see a shooting star, there is a good chance you will possibly see the International Space Station or a few satellites as they look like fast moving stars.

Since two of the best meteor showers occur in December and January, remember to wrap up warm and take some hot drinks with you. Strangely for astronomy, using binoculars and telescopes is not particularly useful, as it limits your observations to a tiny fraction of the sky, making seeing a shooting star almost impossible.

Most meteor showers are best viewed just before dawn. The reason for this is because as the Earth orbits the Sun it passes through the tail of debris clouds that are caused by comets.  At dawn, your position on Earth in the UK faces the direction that the Earth is travelling along its orbit around the Sun. This gives us a better vantage point from which to view the cloud debris that causes the meteor shower.

Dr Montgomery said: “According to the American Meteor Society, estimates of total incoming meteoroids that crash on Earth each day are around ten to 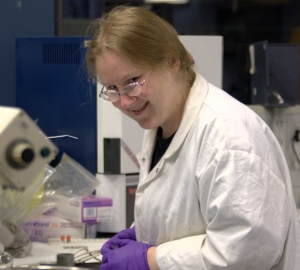 50. However, two-thirds of these events will occur in the ocean, while another quarter or so will occur over uninhabited land areas, leaving only about two to 12 events each day with the potential for discovery by people. Due to the combination of all these factors, only a handful of meteorite falls are observed each year.”

Space rocks provide scientists with information about our solar system, how it was formed and they give more detail about the formation of planets like Earth. So, if you are one of the lucky ones to witness a meteorite fall, Dr Montgomery discusses how you can help by collecting them and donating them to a university.

Trace evidence isn't just for crime scenes. It is also important to avoid contamination of trace evidence at a meteorite crash site. If you find a meteorite don't touch it with your bare skin. The reasons are that oils and chemicals can be transferred from your hands to the sample, making it harder to detect materials that are native to the space rock.

When it comes to scientific research it is important to gather as much evidence as possible. As a first step, record where the meteorite has landed. Take latitude and longitude measurements of where you found the meteorites if you can. Otherwise, record the location as precisely as you can on a map, or draw a detailed map to allow the location to be pinpointed later.

Trying to keep the meteorite sample as pristine as possible is important so that it doesn’t get contaminated with ingredients from Earth, which could skew the scientific results. Always use clean objects to store and transport the meteorite such as aluminium foil, glass containers, fresh paper, unused cloth or plastic receptacles. Plastic containers should be the last option because plastic molecules are easily transferrable between objects, which could contaminate the meteorite sample.  Clean metal or glass is much less prone to contamination and so, therefore, more preferable.

Take samples of the soil and rock near and under where the meteorite has landed too. The soil or rock on which it lands is a source of contamination.  Taking samples will help scientists to rule them out or account for the contamination when they analyse the meteorite.

A solid body made of ice, rock, dust and frozen gases. As they fracture and disintegrate, some comets leave a trail of solid debris.

An annual event, when the Earth passes through a region having a great concentration of debris, such as particles left by comets.

A fragment of a meteoroid or an asteroid that survives passage through the atmosphere and hits the ground.