Tissue regeneration, space science and nutrition are among the research priorities of Imperial's new Centres and Networks For Excellence.

The 12 centres and 15 networks formalise multi-Faculty collaborations that have evolved across different specialities to tackle major research challenges.

Imperial's Vice Provost (Research) Professor Nick Jennings has introduced a revised process for establishing and recognising College research networks, centres and institutes. The new process focuses on establishing consistency in criteria, application routes and visibility within the different levels of collaboration and a comprehensive framework to support the groups. 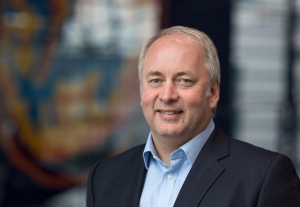 One of the core foundations of Imperial’s Strategy 2015 – 2020 is to support multidisciplinary research.

“Tackling major challenges across disciplines is part of Imperial’s DNA. Where colleagues have been working together to explore a promising theme spanning research areas we need clear and coherent ways to nurture and support this collaboration.

“Our multi-Faculty networks, centres and institutes will do this, helping us take our multidisciplinary research even further. “

The new Centres will aim to galvanise a critical mass of researchers, transcending Faculty boundaries to support a multidisciplinary theme. The networks aim to establish and grow connections around an important multidisciplinary area that is being explored at an earlier stage than the centres.

On a larger scale Imperial already has six faculty-spanning Global Challenge Institutes. These harness the talents of a wide variety of researchers to address some of the world’s most important issues, from climate change to global health and the future of energy, as well as security science, data science and engineering at a molecular level to help society and industry.

The next call for proposals for College recognition of multi-Faculty Networks and Centres is now open with proposals being received until 1 November 2017.

Read more about the process and apply.

One of the Centres is the Imperial Centre for Quantum Engineering, Science and Technology (QuEST)

QuEST brings together scientists and engineers in the pursuit of quantum technologies, from computers that can solve problems in new ways to very sensitive sensors. Members of the Centre collaborate on research, share new developments and opportunities, and disseminate their findings within the larger College community.

The centre also aims to probe the foundations of quantum mechanics – the physics of the extremely small. For example, researchers could test some of the fundamental issues in science, such as quantum gravity.

“The current development of quantum technologies is based on the ability to address individual quantum systems such as atoms, ions and photons; including quantum computing, quantum secret communication and quantum sensors.”

One example project run by the Centre is the EPSRC Skills Hub in Quantum Systems Engineering, which trains engineering graduates in quantum technology through a year’s hard training in quantum mechanics and systems engineering. 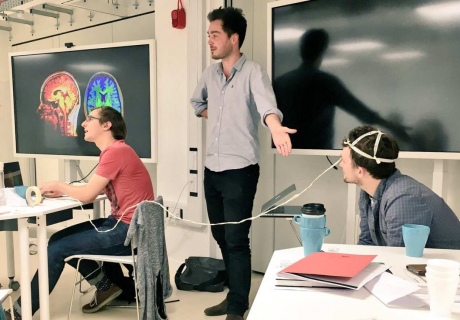 The project includes a new innovation course provided by the Enterprise unit of the College, where students learn how to translate academic research into the marketplace.

One of the new networks is the Imperial Network of Excellence in Nutrition and Food.

The Imperial Network of Excellence in Nutrition and Food is hoping to tackle some of the major health issues relating to food and nutrition by drawing on the expertise of researchers from a number of faculties, and making the College a beacon for nutrition research.

Professor Gary Frost, Chair in Nutrition and Dietetics and head of the network, said: “The Nutrition Network is about bringing people with diverse backgrounds together to focus on problems which are associated with diet, many of which are currently intractable health problems, such as obesity and type II diabetes, where there seems to be no solution to the increasing burden.”

He added: “I hope it will bring together people so they can access different areas of funding and be successful, and I hope it will demonstrate to the outside world that Imperial plays a major role in this important area.

See a full list of the new networks and centres