A journey to the stars, hands on maker workshops in W12 and an atmospheric evening of science will all be on show at the next Imperial Fringe series.

The free public event series returns next month with the first of five more celebrations of the College’s research for all to enjoy.

Imperial Fringes are free public events where different research themes are brought to life by the creativity and passion of Imperial academics, students and staff through live demonstrations, arty workshops, interactive experiments and inspiring talks.

Last year’s five events included a look at thirsty pavements preventing flooding at the Fringe on water, an investigation of insider trading and the chemistry of fingerprints at a crime-themed evening, and a match day science of sport celebration with Queens Park Rangers in White City.

Out of this world science: Coming up at the first Fringe 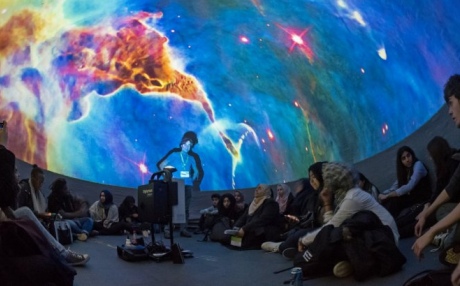 The 2017/18 series kicks off on Tuesday 10 October with a journey to the planets, stars and beyond as A Space Odyssey brings together our space explorers to celebrate the conclusion of the Cassini mission to Saturn – a ground-breaking international collaboration on which Imperial’s Professor Michele Dougherty served as one of the project leads.

Michele’s colleagues will demonstrate their Cassini instruments and the findings they made throughout the evening while talking about their personal experiences and taking public questions in a series of talks in the College Cafe.

Alongside them visitors will also have the opportunity to experience the night sky in Imperial’s pop-up planetarium, hold a comet in their hand with the Rosetta team, and vote for which planet will be explored next with future missions lead Dr Adam Masters.

More information, including how to register and claim some specially made tasty spacey treats, can be found here.

Making, creating and learning: About the White City Fringe 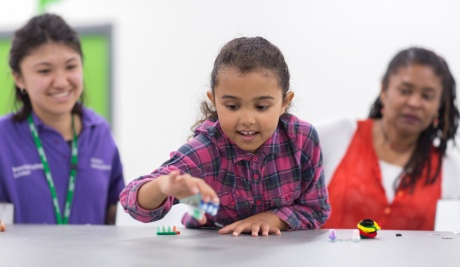 After an out of this world evening, the Fringe then heads over to White City to help launch Imperial’s new community space, The Invention Rooms. The Open Day (Saturday 28 October) will give local residents first access to the facility’s brand new MakerSpace, with workshops and tours.

Imperial researchers will also get creative by running stands that utilise making, creating and innovating to engage local people with research, much of which will be carried out at the College’s new W12 campus.

Activities planned include the National Heart and Lung Institute’s ‘make-and-take’ craft activities inspired by their research, a 3D design VR headset developed by the Imperial Spin-off, Gravity Sketch, plus live music, food stalls and a whole host of other maker-style activities from some of The Invention Room’s community partners. 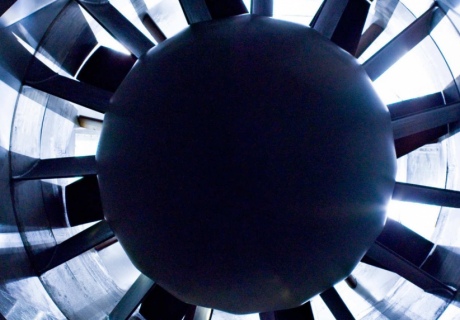 As the nights draw in, the Fringe returns on Tuesday  5 December for Walking in the Air – a journey through atmospheric research at Imperial, which will include a look at how air quality varies across London, as well as tours of the College’s brand new wind tunnels.

As is tradition, the December Fringe will take place alongside the annual Christmas Children’s Lecture, presented this year by Professor Jo Haigh, co-director of the Grantham Institute as part of their 10 year anniversary celebrations.

You can register for Walking in the Air here, while enquiries into the availability of seats at the Children’s Christmas lecture should be directed towards the Outreach team.

The Fringe will return early in the New Year with a January evening showcase of Artificial Intelligence to help launch Imperial’s new AI Network. And then finally in March the series concludes during the second annual Enterprise Week with an invention and entrepreneurship themed evening, taking visitors on a journey through Imperial innovations past, present and future.

Information about all forthcoming Fringe events can be found at the Imperial Fringe webpage.