The programme was inspirational

The programme, now in its fourth year, is designed to inspire a new generation of women entrepreneurs at Imperial. Open to all female students, it consists of a series of workshops, talks by business leaders, and one-to-one mentoring sessions to help participants develop their innovative ideas before pitching to a judging panel for the chance to win a £10,000 top prize, as well as runner-up awards.

To mark the launch of this year’s programme, previous participants of the programme were invited to speak to an audience of potential applicants at an event on Tuesday 10 October.

Opening the launch event, Professor Maggie Dallman, Associate Provost (Academic Partnerships) said: "We need to support women" because  businesses, companies and organisations must have "a diversity of thinking, ideas and skills."

This included Christina Peterson, a finalist in the 2016 programme, whose company Lys recently launched a £40,000 crowdfunding campaign. 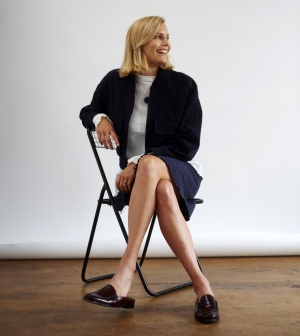 Lys is a small wearable device, around the size of a two pound coin, which tracks the kind of light a wearer is exposed to throughout the day. The device feeds information about light intensity and colour back to the user via an app to help them better understand the impact of light on their health and wellbeing and to set “healthy light” targets.

Christina – who was a student on the Innovation Design Engineering course run jointly by Imperial and the Royal College of Art - initially planned to develop light-filtering glasses, before participating in WEInnovate helped her move in a different direction.

Speaking ahead of the panel discussion, Christina said: “I definitely wouldn’t have this company if it weren’t for the programme. To begin with it was just a creative university project – I didn’t consider it from a business perspective at all. The programme made me look at it through a business lens, and helped me figure out the right route to take.”

Dr Natalie Shenker, from the inaugural 2014 programme, also spoke on the panel. Since the programme she has founded a social enterprise, Hearts Milk Bank, provides donor human milk to sick and premature babies. Hearts Milk Bank was announced in January 2017 by sponsors VIIV Healthcare as one of the three Mass Challenge UK Gold Award winners for £10,000.

While Natalie’s current business isn’t the project she developed on the WEInnovate Programme, she said that the experience she gained was invaluable: “The programme was inspirational. When I came to the end of my PhD, the NHS milk bank that we’d been collaborating with unfortunately faced closure because of funding constraints. I’d developed so much confidence on the programme that I decided that we could do things a different way. So I founded the first UK human milk bank outside the NHS.” 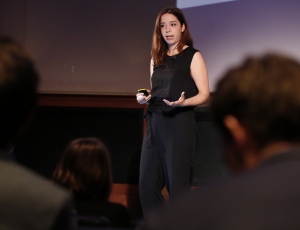 Ana Luisa Neves was a finalist on last year’s programme. She won a £6000 second prize for her start-up Momoby, a revolutionary finger prick test that will bring prenatal care to pregnant women living in isolated areas in developing countries. The test allows for the early identification of diseases with known impact on pregnancy, leading to a timely treatment and better health outcomes for both mother and baby.

Speaking about her experiences on the programme, she said that it gives you the opportunity to “develop your idea into something meaningful, something that could actually change the world for the better.”

“Even after the programme finishes, you keep a connection with your peers” she added. “Going through the same process, experiencing the same challenges, makes it a very supportive environment.”

Addressing the audience of potential applicants, Ana Luisa echoed advice from one of the programme mentors: “Don’t be afraid of failure, because failure is the process through which your idea becomes the best version of itself. Just embrace it.” 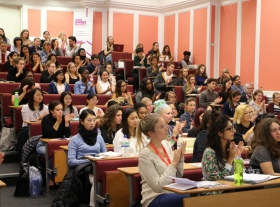 Francesca Siracusa, a third year medical student, was also a participant last year. During the programme, she was working on a project looking at sustainable, low-cost malnutrition solution based around gut health. She’s since moved on to working on a start-up in the health-foods industry, and says that the lessons she learnt from the programme continue to have an impact:  “The programme really does change your life. It’s given me a whole new skill set which will change the way I approach my career in medicine and my potential career in business.”

Francesca also spoke about how her experience transformed her confidence: “When I started the programme, I felt very underprepared, and felt like I didn’t have any of the experience or background that other people had. Through the programme I learnt that I needed to push forward, even if I lacked confidence. I realised that I had a lot to give, even if it didn’t feel like that to begin with.”

The closing date for WEInnovate entries is the 24 October.