Imperial has highlighted its ambitions for its new community and innovation space in White City, as activity in the facility gets under way.

At an event to thank supporters of The Invention Rooms, Professor Alice Gast, President of Imperial, Professor Maggie Dallman, Associate Provost (Academic Partnerships) and Dr Nick Jones, Co-founder of the Imperial College Advanced Hackspace spoke of the transformative impact the facility will have for the local community, the College and beyond.

The Invention Rooms, which opened its doors earlier this autumn, brings members of the local communities around White City together with Imperial’s academics, students, alumni and partners to test out creative ideas, build real prototypes and share in fun of making and discovery. 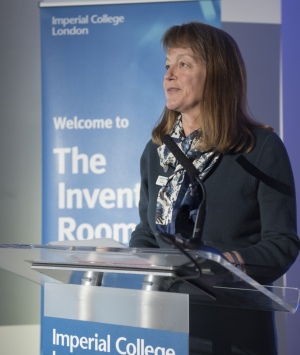 Professor Alice Gast said: “We know that there are people who think that universities like ours have no meaning in their lives.

“What better way to reach people than by opening up our doors with compelling and exciting opportunities to imagine, to make, and to learn.”

Professor Maggie Dallman said: “We are proud to be here in White City and part of such a vibrant, welcoming and diverse part of London, with a strong community spirit and a wealth of ideas, skills and talent.

“The Invention Rooms is an exciting new chapter in the story of White City Campus and our relationship with the local community. It’s our front door: a space where we hope to inspire, raise aspirations, innovate and enable people of whatever age or background to realise their ideas” 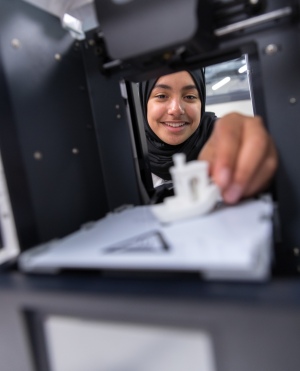 The Makerspace includes equipment such as 3D printers

The Invention Rooms houses the Reach Out Makerspace, a unique workshop which allows local young people to design and create their own products using cutting-edge equipment such as 3D printers, laser cutters, and wood and metalworking machinery.

The Maker Challenge – its flagship programme – allows students from local schools to develop their own prototypes and gadgets working with Imperial student innovators. Ideas to arise from the programme include a drone that could deliver emergency supplies, trainers that play music and generate energy, and adaptations for hearing aids to make them look more attractive for young children. 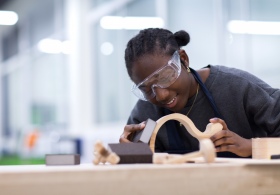 Professor Alice Gast added: “When you build something you feel a sense of attachment to it and you value it, because you made it.  I hope that we will bring this effect to generations of young people who take ideas, learn how to develop them, make things and do things, and leave The Invention Rooms with a totally changed view of their own capabilities.  We want them to gain confidence in themselves.  We want them to have a vision for their future and new outlook about what they can do.”

The Invention Rooms also provides a new base for Imperial College Advanced Hackspace (ICAH), the College’s network of entrepreneurs, inventors and hackers. 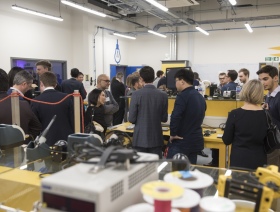 Situated next door to the Reach Out Makerspace, the new ICAH workshop provides Imperial staff and students innovators with access to specialist prototyping and manufacturing equipment as well as a fully equipped bio-lab, which enables synthetic biology and molecular fabrication.

At the event, members of ICAH exhibited their projects to guests. These include postgraduate student John Simpson, who is also the Founder and CEO of FreshCheck. 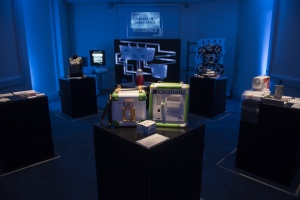 Members of ICAH exhibited their projects

FreshCheck, developed through the ICAH, is creating colour change products that indicate the presence of harmful bacteria or other contaminates. This includes a surface spray, as well as smart food labels which indicate when produce needs to be disposed of.

Professor Oscar Ces (Co-founder of the ICAH) said: “Our vision for the Imperial College Advanced Hackspace is to allow any member of Imperial’s community to develop their ideas into reality. Imperial staff, students, alumni, start-ups and commercial partners from different disciplines work together to rapidly convert research ideas into breakthrough solutions to global problems – fighting the effects of climate change, improving lives, and tackling major healthcare challenges. The Advanced Hackspace facility at The Invention Rooms is the newest addition to our network of spaces, making ICAH one of the largest of its kind in the world."