The OPAL soils project was designed to include a PhD research project, that was to be funded directly from OPAL. In the event the project was funded by the Engineering and Physical Sciences Research Council (EPSRC), releasing project funds to be used elsewhere to help enhance the scope of what could be done in the project's later phases, thus bringing added value to the project. The PhD student (James Bone) worked with the Soil Centre to develop the OPAL Soil and Earthworm Survey and has assisted with promotion events throughout the project.

James’ research investigated the concept of soil quality and how it is assessed. The work has suggested methods so that data collected in the OPAL Soil and Earthworm Survey can be handled and interpreted in an appropriate way to get the most value from the important dataset. James has used a variety of methods for analysis of the survey data including using GIS (Geographical Information System) and statistical computer programs. Fieldwork has also played an important part of the research and a substantial fieldwork season was completed in 2010 with Dr David Jones which involved collecting soils and earthworms from 96 sites in Shropshire, Warwickshire, Herefordshire and Gloucestershire. James has used geospatial statistics to help in the prioritisation of promotion activities to areas with a low level of survey responses. He has also used methods developed as part of his research to prepare data so that it can be sent to the National Biodiversity Network.

The outputs of the research project will be communicated by publication in peer reviewed journals, which are detailed on the outputs page. James’ work has also contributed to the OPAL Soil Centre reports and the OPAL Community Environment Report. 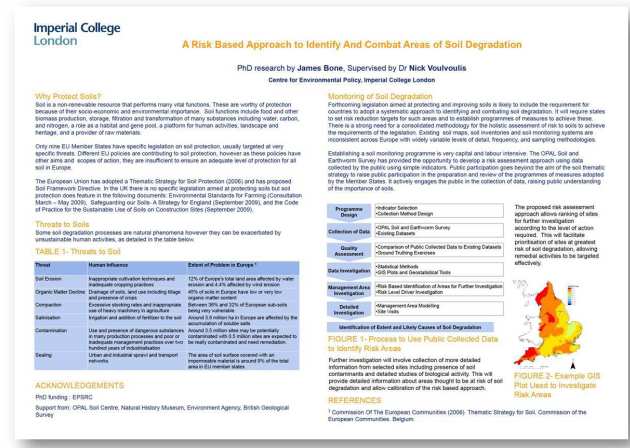 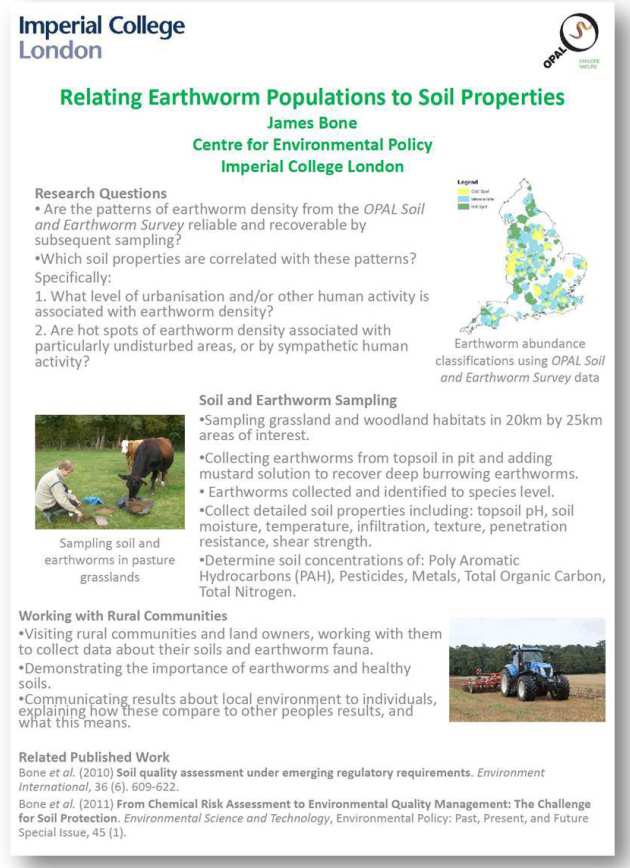 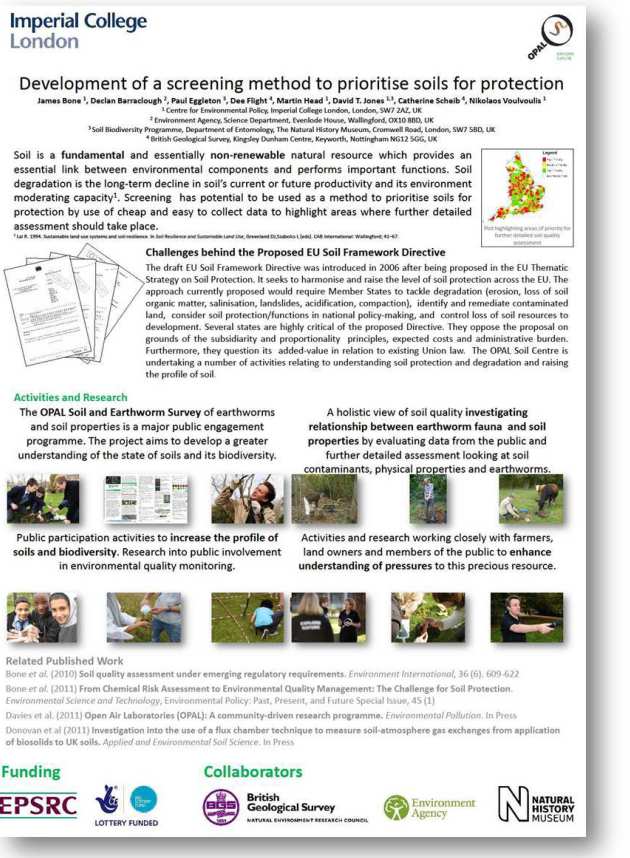 BGS Poster 2011- FutureThames – London Earth Seminar Cities, catchments and coasts: applied geoscience for decision-making in London and the Thames Basin- A seminar held at the Institute of Physics, London on 13 May 2011