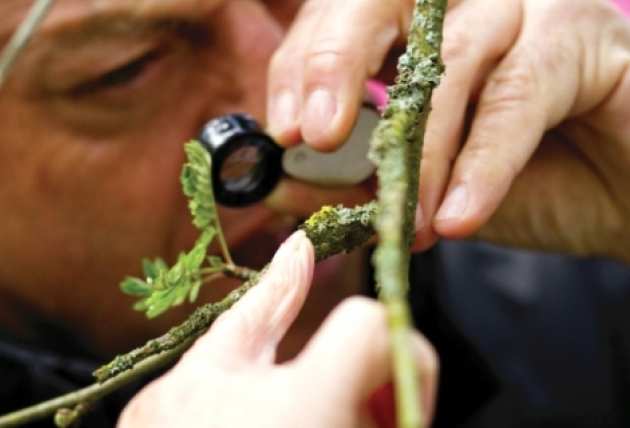 The OPAL Air Survey allows participants to find out about the air quality in their local area and across the country, and discover how the natural environment is affected by air pollution. It uses ‘bioindicators’, species whose presence or performance is sensitive to changes in environmental conditions. The OPAL Air Survey contains two activities, using different bioindicators of air pollution.

The tar spot fungus is sensitive to sulphur dioxide (SO2) pollution, and is less common where levels are high. Even though SO2 pollution has reduced over the past 50 years, recent observations suggest that tar spots are still less frequent closer to city centres. Activity 2 tested two hypotheses as to why this might be: 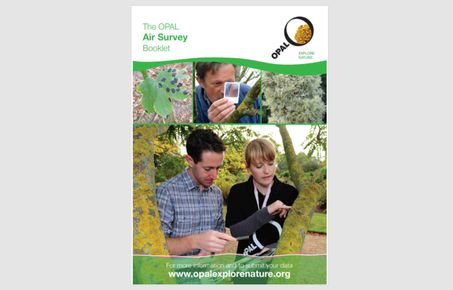 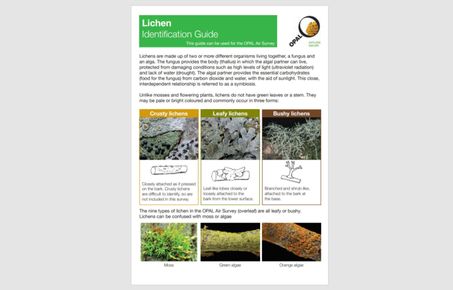 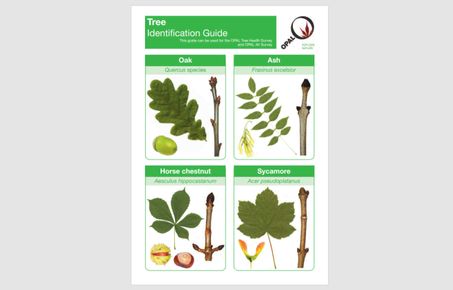 Over 5,980 survey responses were submitted for the Air Survey, including observations of lichens growing on over 15,000 trees and tar spots on over 24,000 Sycamore leaves.  These rich datasets have formed the basis of several academic analyses, some key findings of which are outlined below.

Data regarding the lichens found growing on over 12,000 trees across the UK was analysed by Seed et al. (2013).  For the purpose of this study, a Weighted Pollution Index was generated from the lichen data: This index is essentially calculated as the amount of nitrogen-sensitive lichens minus the amount nitrogen-loving lichens, so survey responses with a negative index value have mainly nitrogen-loving lichens and survey responses with a positive index value have mainly nitrogen-sensitive lichens.  This Pollution Index was then compared with data on Nitrogen Dioxide (NO2) and Ammonia (NH3) pollution across the UK.

The results from the survey accorded with the findings from other small-scale studies across the country, whereby the lichen-based pollution index was significantly lower (meaning there were lots more nitrogen-loving lichens) in areas where nitrogen pollution was increasing. These included areas in the country with high levels of ammonia from arable farming as well as urban areas where nitrogen oxide levels were high due to increasing road traffic and industry (see the red spots in the maps of Figure 1).

Nitrogen-sensitive lichens were only dominant (blue spots in Figure 1) in areas where both forms of nitrogen pollution were very low.

However, a surprising result was that nitrogen-sensitive lichens are present in areas where NO2 levels were above 12 kg ha-1 year-1 (green spots in Figure 1a).  However, such green spots are rare in areas where ammonia concentrations are high (Figure 1b), suggesting that the nitrogen-sensitive lichens are more affected by ammonia from agriculture whereas the nitrogen-loving lichens respond to increases in both ammonia and nitrous oxides. 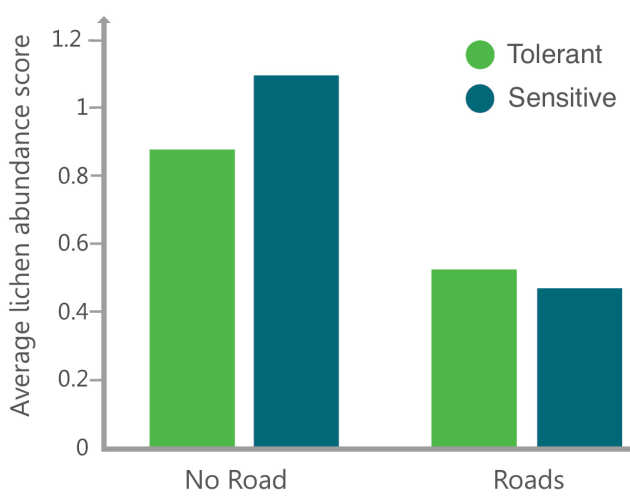 The lichen data assessed in Seed et al. (2013) also shows that nitrogen-sensitive lichens are less abundant on trees next to busy roads, whilst nitrogen-tolerant lichens are found in greater abundance on trees next to busy roads (Figure 2, left) . This difference is most likely the result of higher levels of traffic pollution in road-side environments (Seed et al., 2013). 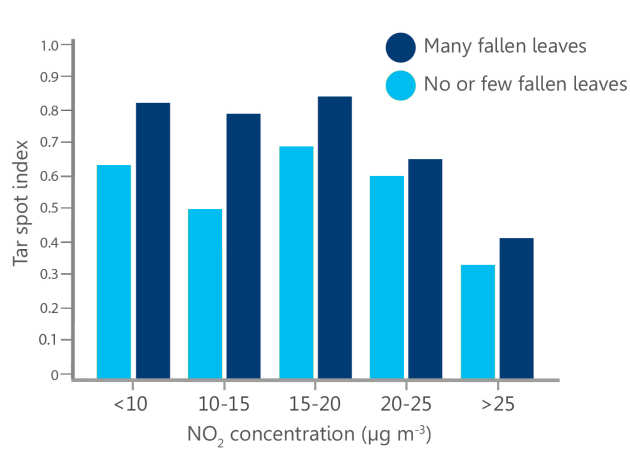 Gosling et al. (2016) examined the importance of different envrionmental factors on the extent of tar spot infection.  For this, a ‘tar spot index’ was calculated for each Sycamore tree by dividing the number of tar spots counted by the total width of surveyed leaves. Their analysis shows that the tar spot index (i.e. the extent of tar spot infection) is lower at sites with no or few fallen leaves; and, above nitrogen dioxide (NO2) concentrations of around 20 μg m-3, the tar spot index starts to fall substantially (see Figure 3, left). This suggests that both hypotheses are potentially correct: that leaf litter acts as a source of tar spot fungus and, above a threshold concentration, NO2 air pollution limits tar spot growth (Gosling et al., 2016).