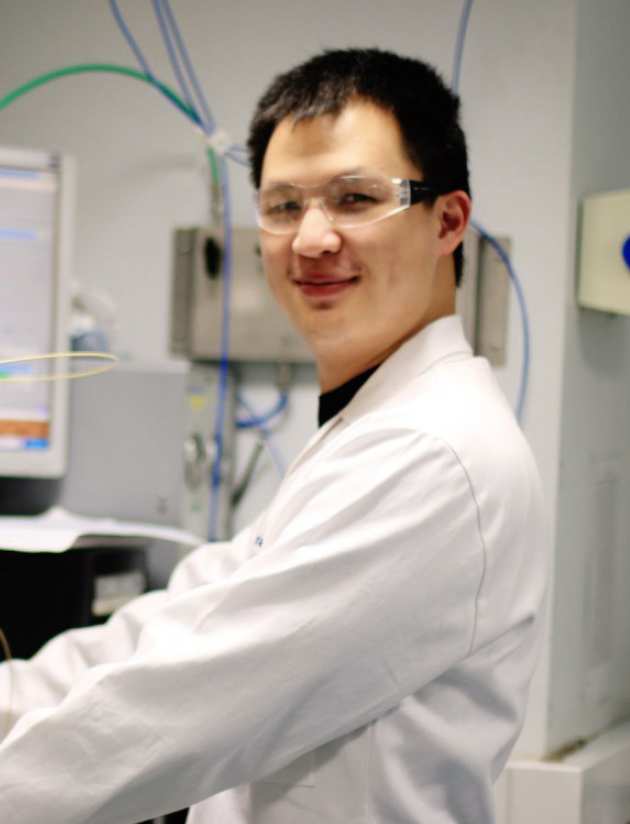 In a recent project by Professors Hellgardt and Hii, a direct N-alkylation of amines with primary and secondary alcohols was reported, using a commercially available heterogeneous gold catalyst under continuous flow conditions. High yields and selectivities (99 %conv., 97 %sel.) were achieved with aniline and benzyl alcohol, and many other combinations of amines and alcohols resulted in good yields with > 85%conv. and > 93 %sel. This reaction is believed to occur via a hydrogen borrowing mechanism.

Reactions with polyols from biodiesel production are highly attractive as they are renewable, and the integration of catalysis to the process by producing added–value products is very desirable as this reduces our dependence on petrochemicals. Glycerol is one such chemical with a growing global surplus, and is selected as one of top twelve bio–based chemicals by the United States Department of Energy. Recent research on chemical conversion of glycerol focuses on oxidation using catalysts including gold, palladium and platinum, with oxygen or hydrogen peroxide as the oxidant. Our aim is to aminate glycerol using the aforementioned hydrogen borrowing mechanism, under flow conditions.

Continuous flow processes is an up–and–coming technique for catalysis, where both petrochemical and food industries have been highly successful in with high productivity and low costs. Advantages include better mixing, efficient heating, reduction in waste solvents and energy usage, and most importantly, safer chemistry for accident prevention.

Andrew is passionate about photography and filmology. He completed his PhD in 2019 and you can find his LinkedIn here.