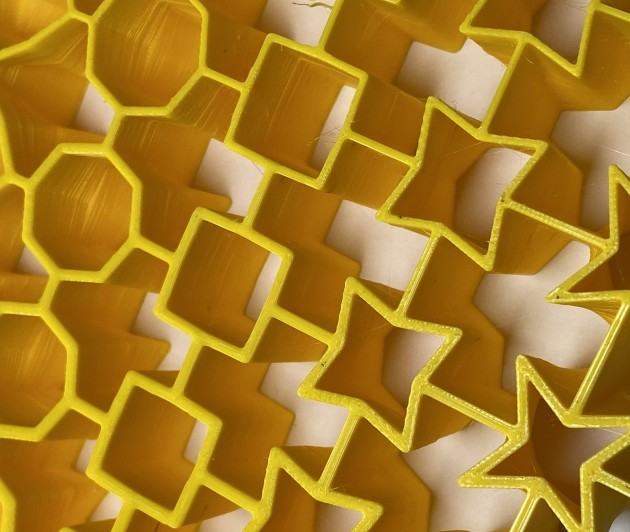 The multiscale approach adopted in the three dimensional analysis has also been applied to the optimisation of shell like structures with a structure which can be graded both through the shell thickness and spatially. Here the large scale is assumed to be a shell model, where both membrane, bending and shear are accounted for, and large deformations can be considered.

An example geometry considered which evolves from an auxetic geometry to a simple square type of geometry with a single design variable for each surface, allowing grading from the top to bottom surface to be achieved.