Sir Michael Uren Building at the White City Campus - view or download a large version of the campus map and vicinity map. 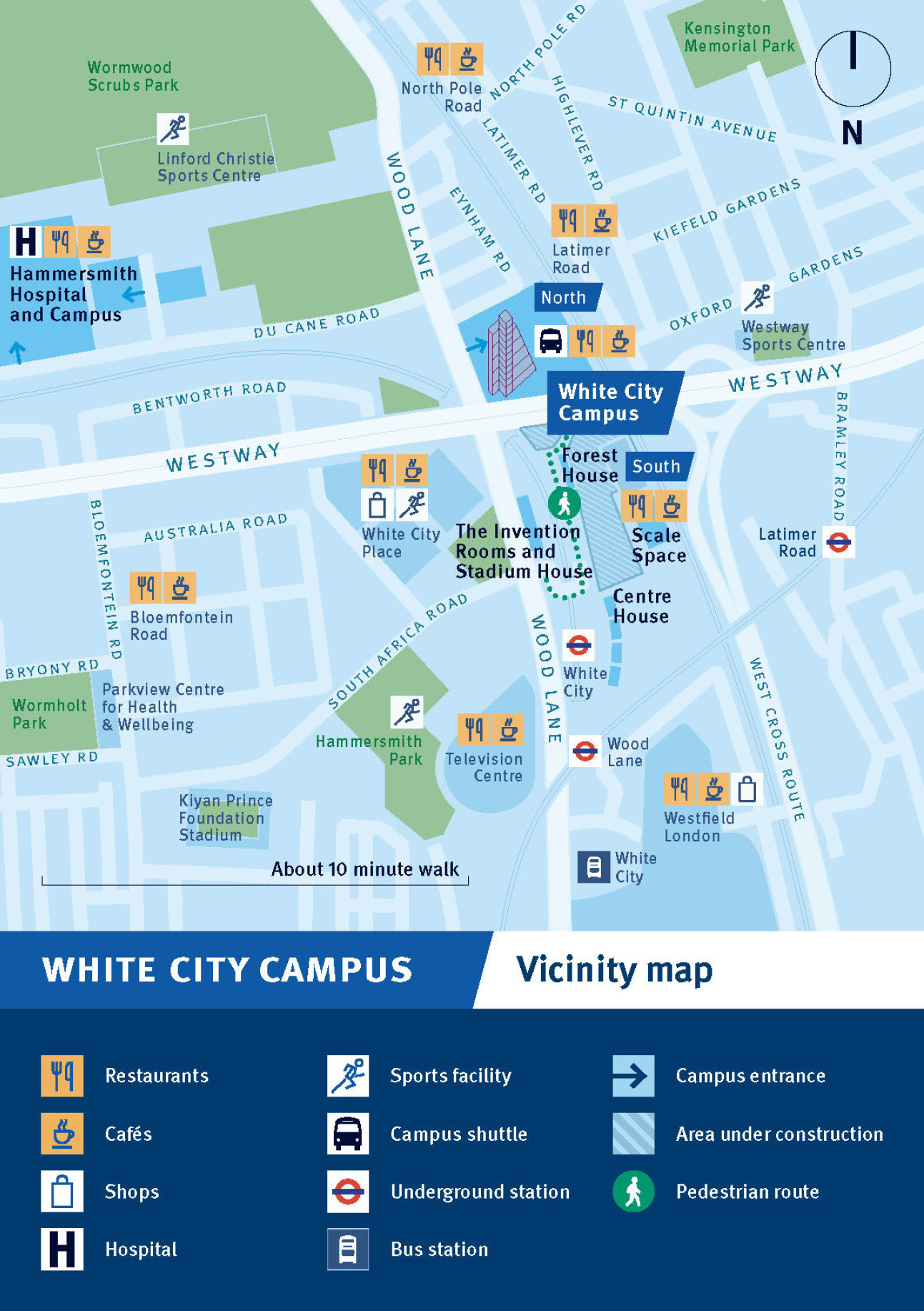 The nearest Underground station is White City, served by the Central line.

Plan your route with the Transport for London journey planner

You can also order free, printed cycling maps of White City and the surrounding area via TfL. The White City area is covered by guides number 6 and 7.

Wood Lane is designated as a ‘route signed or marked for use by cyclists on a mixture of quiet or busier roads’. The section of the Westway on the west side of Wood Lane has an off-road cycle path running parallel to the main road.

Imperial’s White City Campus lies directly next to the A40 dual carriageway road, which serves as a key 'arterial' corridor into the heart of London, and outwards to the North Circular ring road surrounding central London and also onto the M25 Orbital Motorway surrounding greater London.

The closest airport is Heathrow, from where a taxi or other private road transport will take approximately 35 minutes to reach the Campus. Alternatively, the Heathrow Express and Hammersmith and City / Circle line trains will take you into Wood Lane station in approximately 45 minutes.

The Campus is also close to a planned station for a High Speed Rail II service at Old Oak Common, which will take go to Heathrow Airport and beyond to Birmingham and the North of England.

A free 35-seat shuttle bus runs hourly, Monday to Friday from the South Kensington Campus (picking up outside the Central Library on Imperial College Road) from 8.10 to 17.10. The route also loops to the Hammersmith Campus. The service also now covers the lunchtime hours.

Find the timetable as well as pick up locations

There is parking provision for external, registered visitors and for maintenance contractors who need to access the site. There are also permanent parking spaces for disabled staff and disabled students based at the White City Campus.

All staff and students currently have access to bike parking at the Gradpad facility on the North Site, with 50 internal spaces and 38 secured external spaces.

Find out more about the facilities on Campus and in the surrounding area.