The copper Kα wavelength (λ = 1.54 Å) that our home source produces is excellent for phasing structures by single-wavelength anomalous dispersion with the anomalous signal from sulfur (S-SAD).

If your crystal diffracts to 2.5 Å data, these is at least one sulfur per 25 residues and you collect highly redundant data, the structure can be solved easily.  Everything else being the same, more redundancy is better.  I've solved a structure from a dataset with a redundancy of 13, but failed to solve another when the redundancy was 20.

Using sulfur for phasing obviates the need to incorporate anomalous scatterers like selenium, iodine or heavy metals.  This means less work for you.  However, sulfur is a weak scatterer.  Highly redundant data are needed for the signal to rise above the noise.  This can be achieved by blending data (see paper) from a large number of crystals (see paper 1 and paper 2) or by making use of a multi-angle goniometer head like the partial chi that we have (described below).

Traditionally, it was thought diffraction to at least 2.5 Å was required to solve a structure by S-SAD, but the method has recently been shown to work with data below 4 Å, with anomalous signal extending to no more 6.5 Å (see paper).

The same process that's described below also applies at the synchrotron, though it can be hard there to get enough data without grilling the crystal.  At the home source you're faster anyway because you can start right now.

With good data, solving a structure by experimental phasing is a straightforward process. 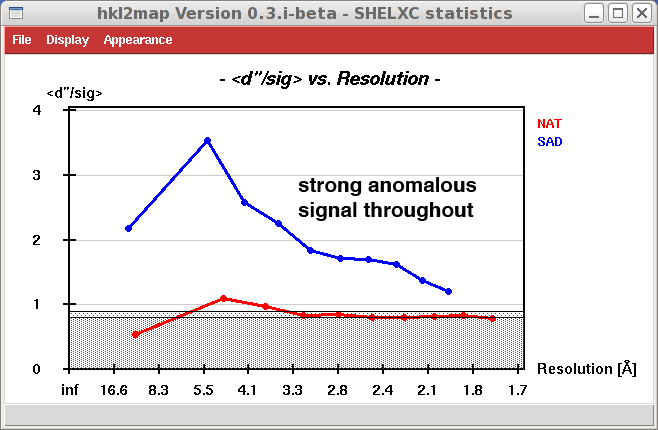 Anomalous signal with d"/sig > 1.0 throughout 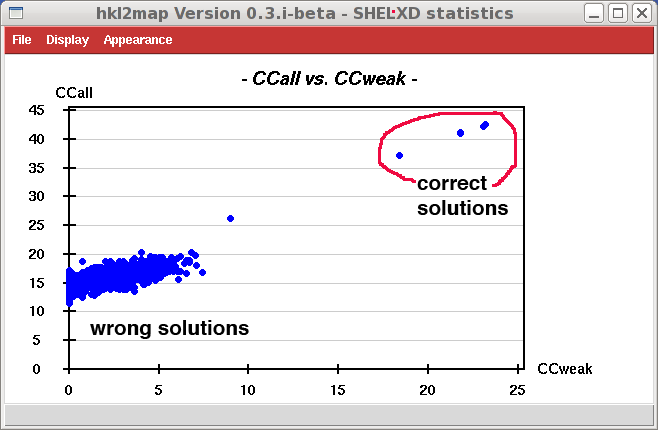 Correct solutions with higher CCs than the bulk 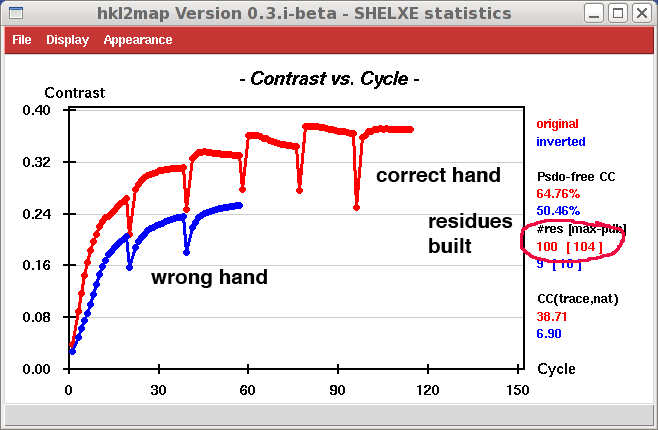 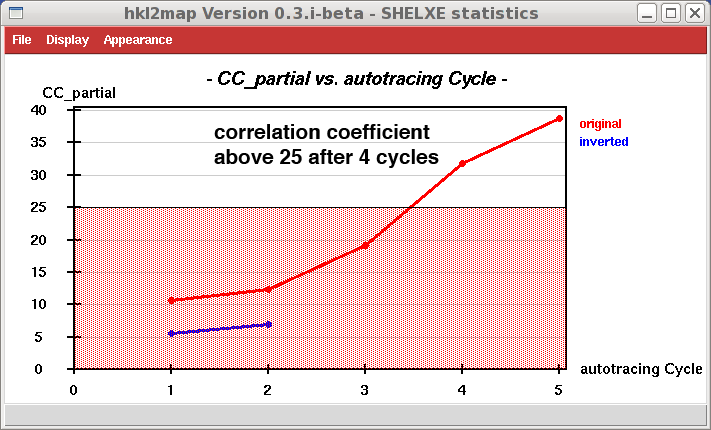 Notice how the default number of autotracing cycles in hkl2map (3) is not enough to build the model.

The whole Shelx procedure takes less than ten minutes. You'll get a pdb file with the Cα trace, a phs file with phases and a shell script to call f2mtz to obtain an mtz file for refinement.

Solving a structure by S-SAD from data collected on the home source is simple.  It should be a routine consideration for all new crystals.

You might argue that lysozyme is not representative of real-world problems.  To this I retort: 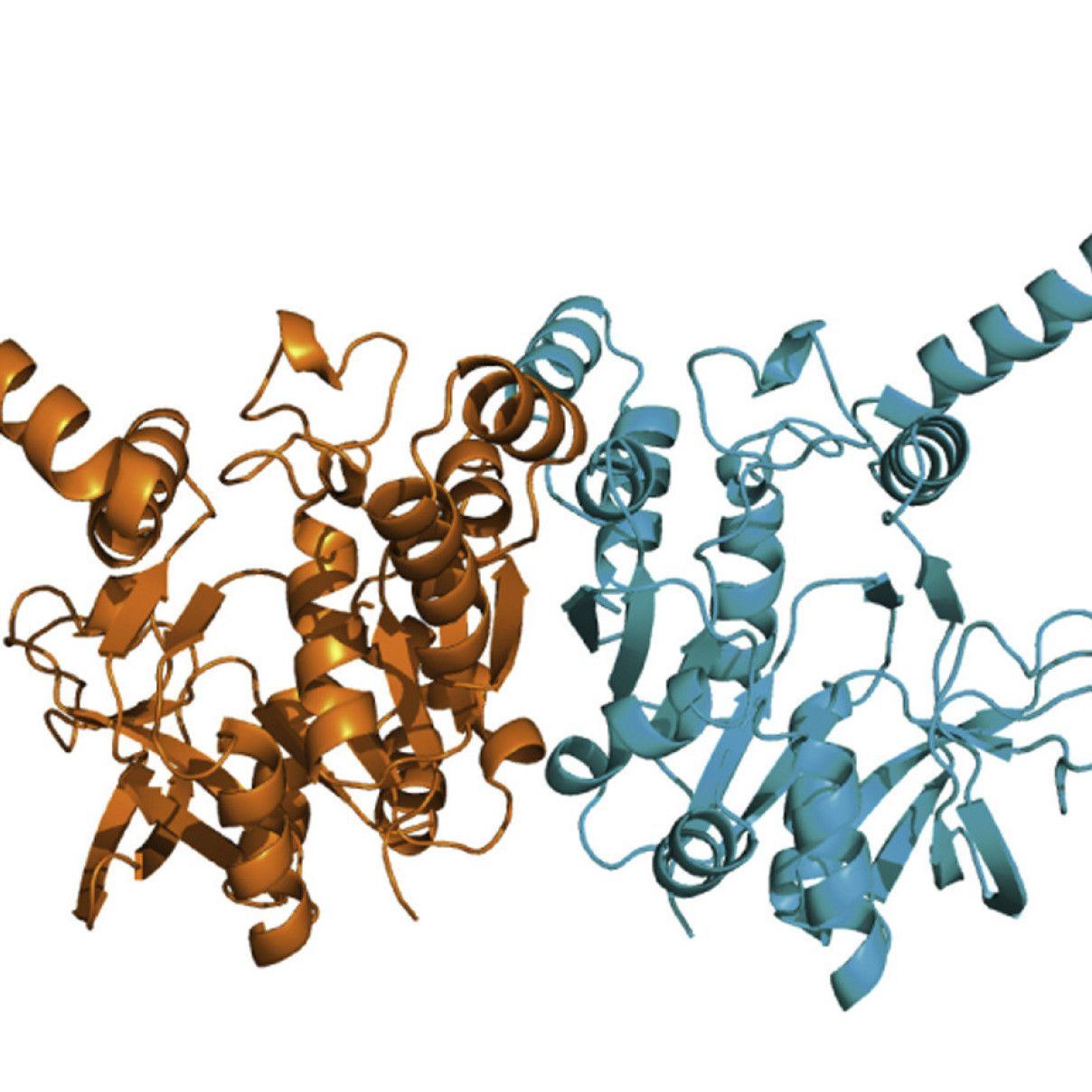 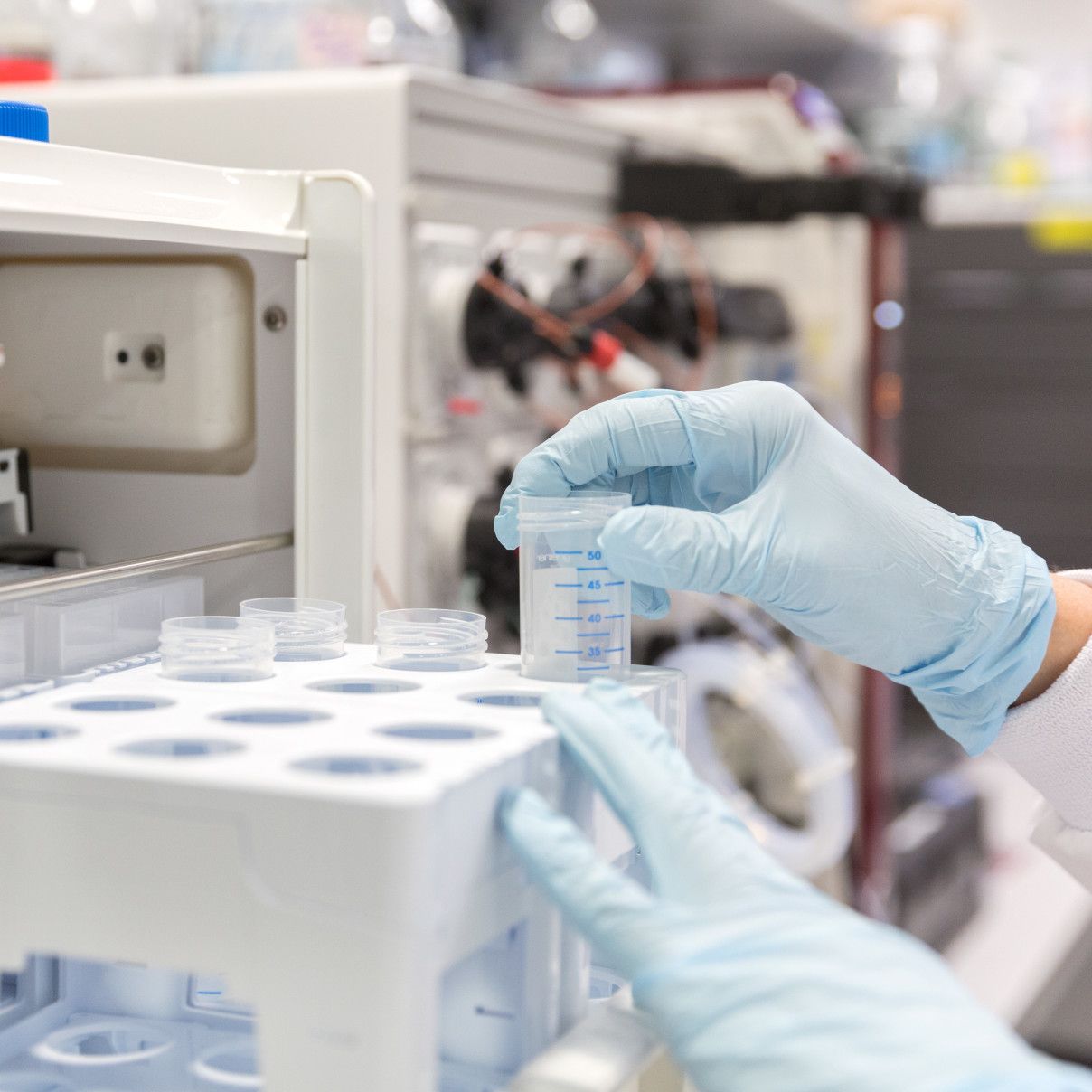