The Dermal Abyss (d-abyss) presents an approach to biointerfaces in which the body surface is rendered as an interactive display by patterning biosensors into the skin to produce color changes in response to biomarker variations in the interstitial fluid. It combines advances in biotechnology with traditional methods in tattoo artistry. d-abyss is designed to use the aesthetics, permanence, and visible nature of tattoos to encode information. We replaced traditional inks with colorimetric and fluorescent biosensors that can report on the concentration of sodium, glucose, and pH in the interstitial fluid of the skin. We report the preliminary evaluation of these biosensors in an ex vivo skin model, assessing their visibility from the dermis. We showed different applications of d-abyss in the medical, lifestyle, and security domains. This tattoo platform reveals information inside the body, tattoos form wearable displays within the skin, and the body’s metabolism works as an input for the d-abyss biosensors. 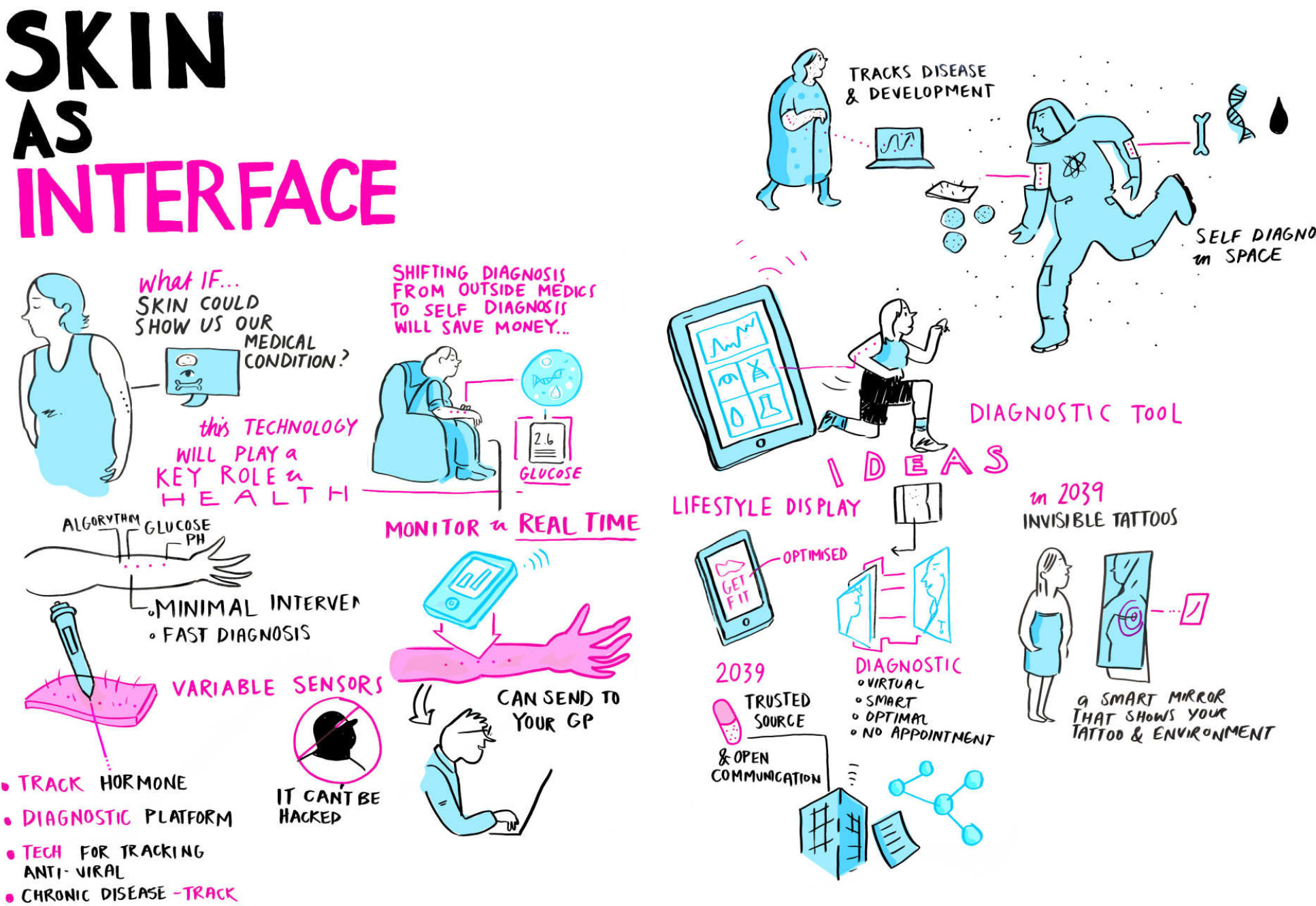