Professor Michele Dougherty is focused on understanding where and how life could be sustained on other planets. 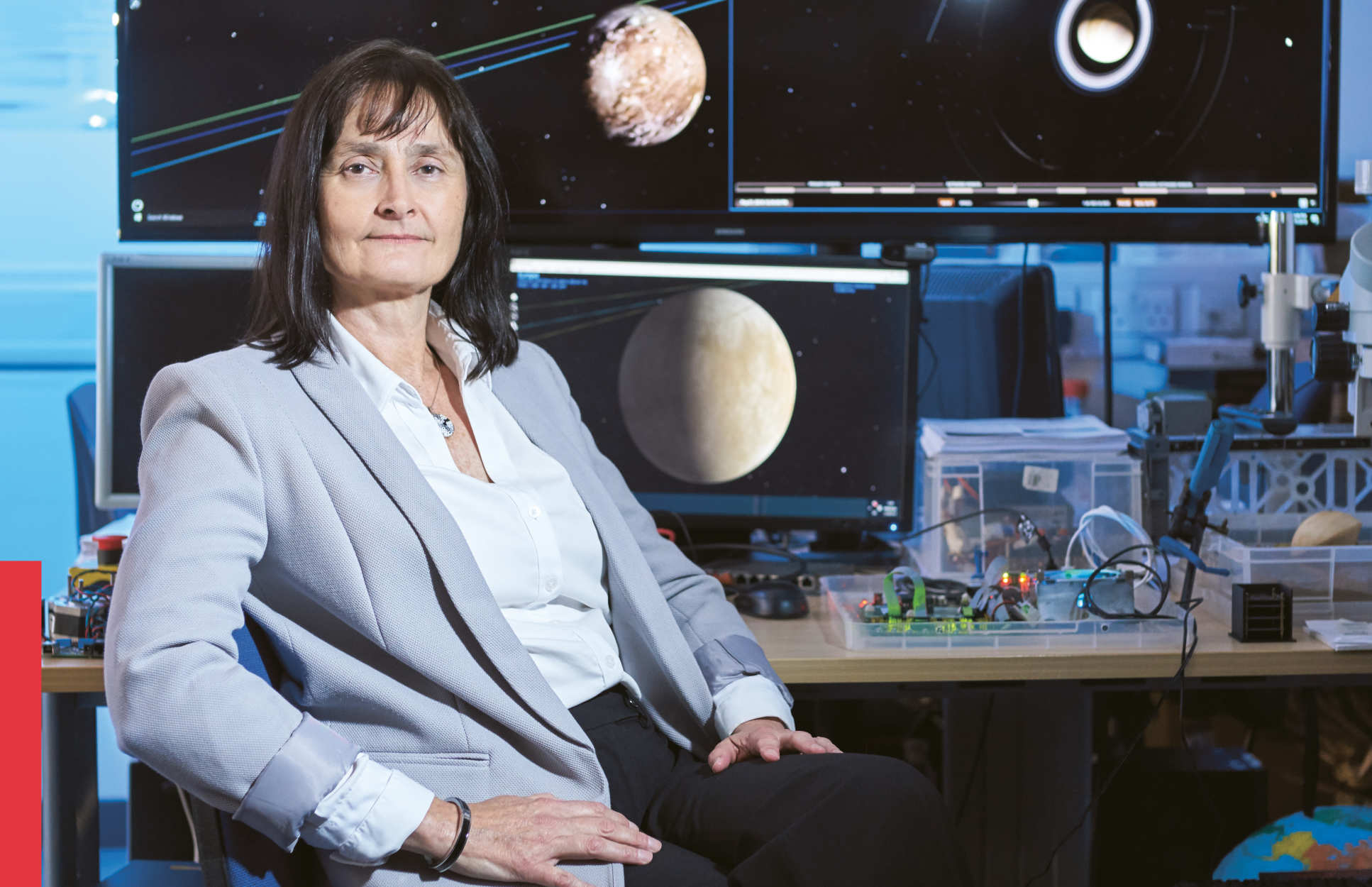 You need a lot of patience to work in outer planetary spacecraft,” observes Professor Michele Dougherty. “When you’re planning missions to the outer planets, it often takes 20 to 25 years from when you first start thinking about a mission to when you start getting the data back.”

Dougherty is no stranger to the decades-long timeframe of space physics research. As Principal Investigator for the magnetometer aboard NASA’s Cassini spacecraft, she will soon see the project, first mooted in the mid-1980s, finally complete. Cassini began its journey to Saturn from Cape Canaveral in October 1997, reaching the planet’s orbit in 2004. Since then, it has found everything from ice-crystal-spewing jets on the surface of Saturn’s moon Enceladus to evidence of rain on Titan. In September 2017 it will plunge itself into Saturn’s atmosphere and vaporise.

We’re not looking for life. We’re looking to see if the conditions are right for life"

Recently, she spearheaded another project that won’t start producing data until it reaches Jupiter and its moons in 2030. The JUpiter ICy moons Explorer (JUICE), funded by the European Space Agency, will carry 11 instruments, including Professor Dougherty’s magnetometer. Her team began designing and building the instrument, which measures magnetic fields, a year ago, with launch scheduled for 2022. Its mission: to study the liquid water which, it’s believed, lurks under the surfaces of three of gas giant Jupiter’s moons, Ganymede, Europa and Callisto.

“All three moons have icy surfaces,” Professor Dougherty explains. “As well as having liquid water under those surfaces, we also believe they have organic material and a heat source. But we’re not going looking for life. We’re looking to see whether the conditions are right for life to form.”

Once JUICE reaches Ganymede’s orbit, the magnetometer will measure the size of the magnetic field produced by the currents that flow in the subterranean ocean. By analysing that data, Professor Dougherty and her team will be able to work out how deep the ocean is, how salty it is and the thickness of the ice crust. This last calculation is particularly vital for future missions: if another mission is sent out, will it be able to get underneath that ocean to study the water directly?

JUICE will send back information once a day, every day, for three years – before it, too, burns itself up in Ganymede’s atmosphere. Data will go to a ground station network, then to the European Space Astronomy data centre in Madrid, and finally to all the teams involved in the project: currently, around 2,000 people from countries including the UK, Italy, Sweden, Germany, the Netherlands, France and the USA.

Right now, Professor Dougherty and her team are focusing on designing their instrument to withstand the rigours of both space travel and Jupiter’s particular conditions. It’s a challenge. Stand anywhere on Earth with a compass and that needle will point to the North Pole, because of the planetary field generated beneath the surface. Jupiter’s largest moon, Ganymede has its own planetary field – the only one of the moons to have one – and that could interfere with the magnetometer’s readings of the signature from the liquid ocean.

Professor Dougherty’s team will have to come up with ways of separating and subtracting this effect from the effect of the magnetic field generated by the ocean currents, so they can pinpoint its size. “You measure magnetic flux in units called nanoteslas. We’re trying to find changes in the magnetic field of 0.2 nanotesla, in a background field of about 1,000 nanotesla,” she says. They’ll only be able to do this once the spacecraft is orbiting around the moon and sending back information they can use.

The spacecraft itself will also need to be as magnetically ‘clean’ as possible to avoid disrupting readings, as will the other instruments. There’s an elegantly simple solution to this problem: a long stick. “Our magnetometer will be on a ten-and-a-half-metre-long boom, sticking out from the side of the spacecraft,” explains Professor Dougherty. “This will get us as far from the spacecraft as we can, so the field that we measure is from Ganymede itself and not anything of ours or the spacecraft’s.”

The effort will be worth the wait, says Professor Dougherty. “I won’t tell you how old I’ll be in 2030!” she says. “I hope I’ll be working on the data it sends back. But the people who will be really crunching the numbers will be the younger ones who are training on the team right now. It’s very satisfying, knowing that. It’s a way of paying back.”

To hear more about Cassini and the magnetometer, watch The Final Frontier, a resource for primary school educators.