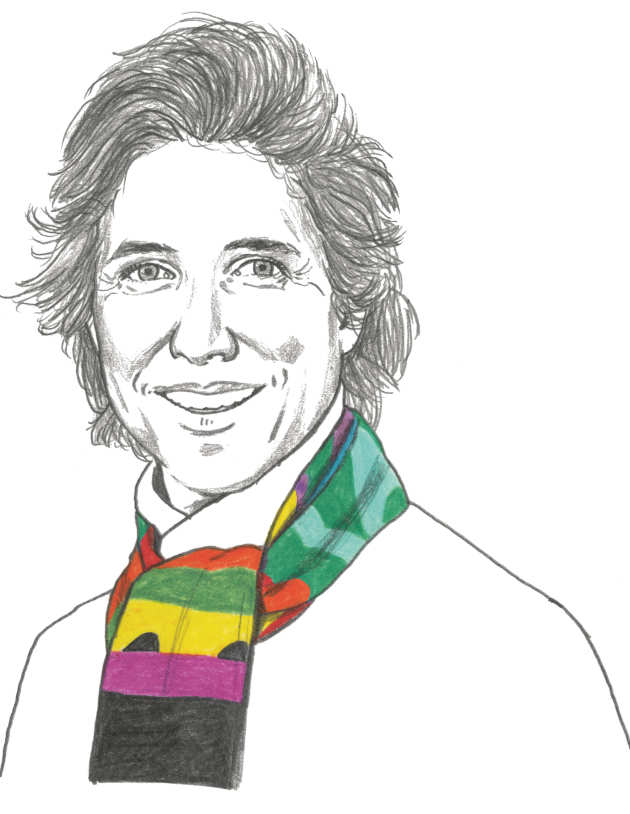 A good use of energy

Everyone wants to save the planet – in theory. But as an economist working on climate change, I’m interested in what might make you take positive action. Would you let an app on your smartphone tell you when to start your washing machine cycle? How about using an integrated ‘smart energy’ system which automatically turns your appliance on and off at optimum times?

These are the kinds of questions I’m exploring as I work on understanding how both firms and individuals react to different policies, incentives and information they’re presented with to help protect the environment.

With individuals, this mainly involves analysing just how ready consumers are to shift their practices around energy consumption, as a result of innovative approaches like the app or smart energy system. After all, a future where 80 per cent or more of our energy is produced by renewables would require dramatic efficiency improvements – something that could be achieved if we reduced our consumption during demand peaks or supply troughs.

One of our most recent published studies on the topic, which was reported in The Washington Post, involved looking at the energy consumption of students in halls of residence. We wanted to find out if people would use less energy at home for reasons other than making savings on their electricity bills. By testing students, who don’t pay for their energy use in halls, we were able to focus on these other incentives.

So we informed these students once a week, over seven weeks, about how much energy they were using in their dorm rooms and how that compared with the energy usage of other students, with the goal of invoking a new norm of using less energy. Interestingly, just knowing this led to a 22 per cent decrease in overall usage.

We also wanted to see if a competition-based incentive would work, so we created a prize for the student using the least energy. The surprising effect was that those students that realised they weren’t close to winning after a few weeks stopped making any effort, showing how carefully incentives need to be designed. This research has been recently extended to social housing, where on top of climate change and renewable energy comes the issue of fuel poverty. Here, we’re trying to understand how people can be both better informed and rewarded to manage their energy in the long-term.

Of course, once we know what works we want to be able to put it into practice. Working with Scottish Power and a number of startups, we’re looking at how to tackle these different areas among the wider population and we are bidding for a whole new research centre on energy, economics and energy consumption behaviour.

Businesses have also begun to understand the importance of their impact on climate change. We’ve been looking at how effective current EU policies are when it comes to the carbon market, as well as how carbon markets are being adopted across the world. For example, we’re working on a new project that is looking at the Chinese emissions market.

We’ve also just introduced a new MSc in Climate Change, Management and Finance, with academics from the Faculties of Natural Sciences and Engineering and the Business School leading the curriculum. The programme will produce graduates with a combination of expertise in the science behind climate change (including all the new technologies and the innovative solutions being developed) and in business needs. Imperial is the ideal setting because our strength lies across both areas and the MSc fits perfectly with Imperial’s strategy of tackling big global issues through interdisciplinary expertise to deliver world-class teaching.

Our aim is to build an alumni body who will not only go on to transform businesses, but who, in the future, will also be able to collaborate to come up with further solutions to lead to a low-carbon society. Close to 40 students will embark on the programme this autumn. I’m excited, not only because climate change is such a lively topic, but because – as with my research – I know we’ll also learn as much from their different experiences.

Dr Mirabelle Muûls is a lecturer in the Faculty of Natural Sciences at the Grantham Institute for Climate Change, and an Assistant Professor in Economics at the Imperial College Business School. Find out more about the MSc in Climate Change, Management and Finance.