The animals went in two by two

From beetles to palm trees, the answers to the big evolutionary questions can be found in the most unexpected places 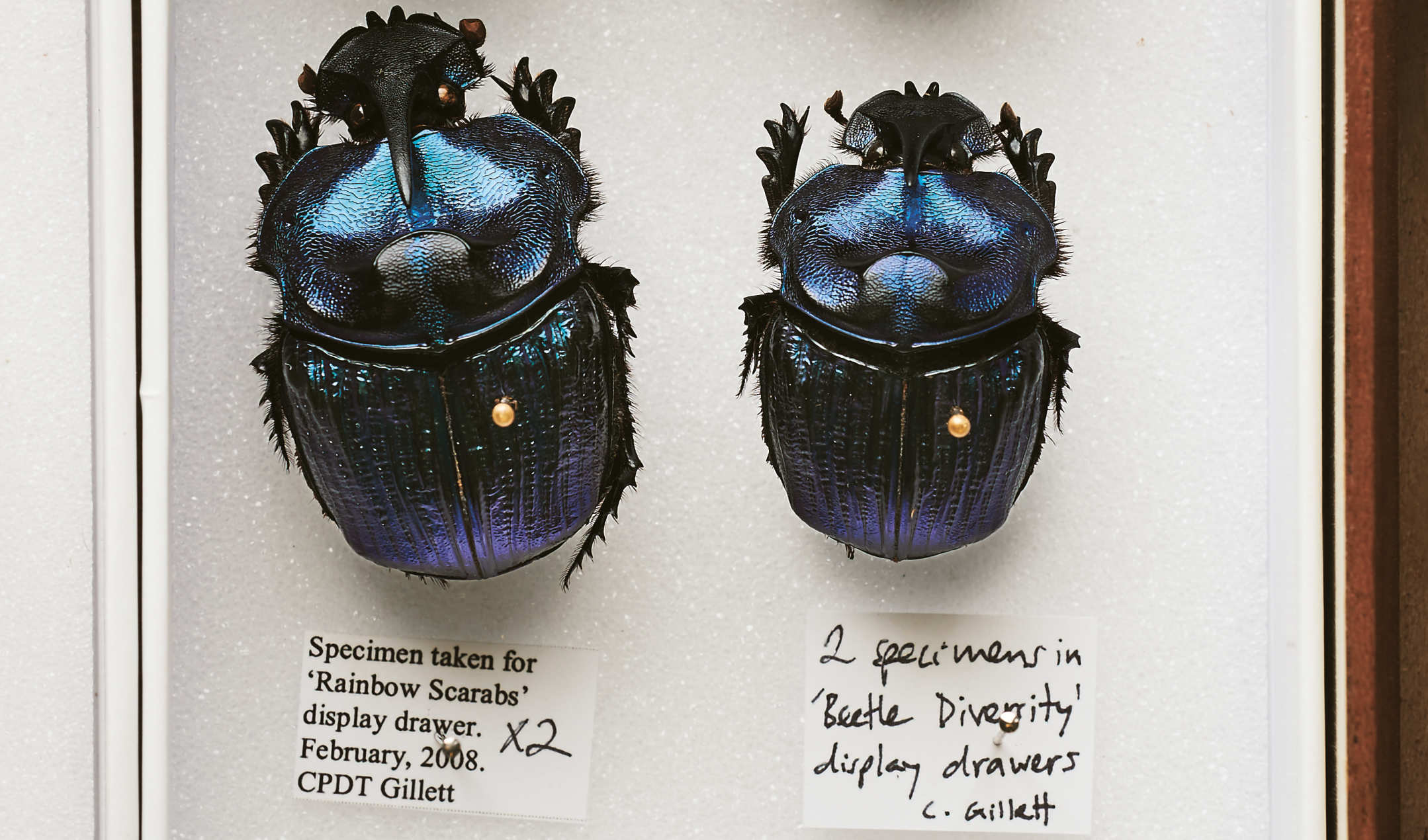 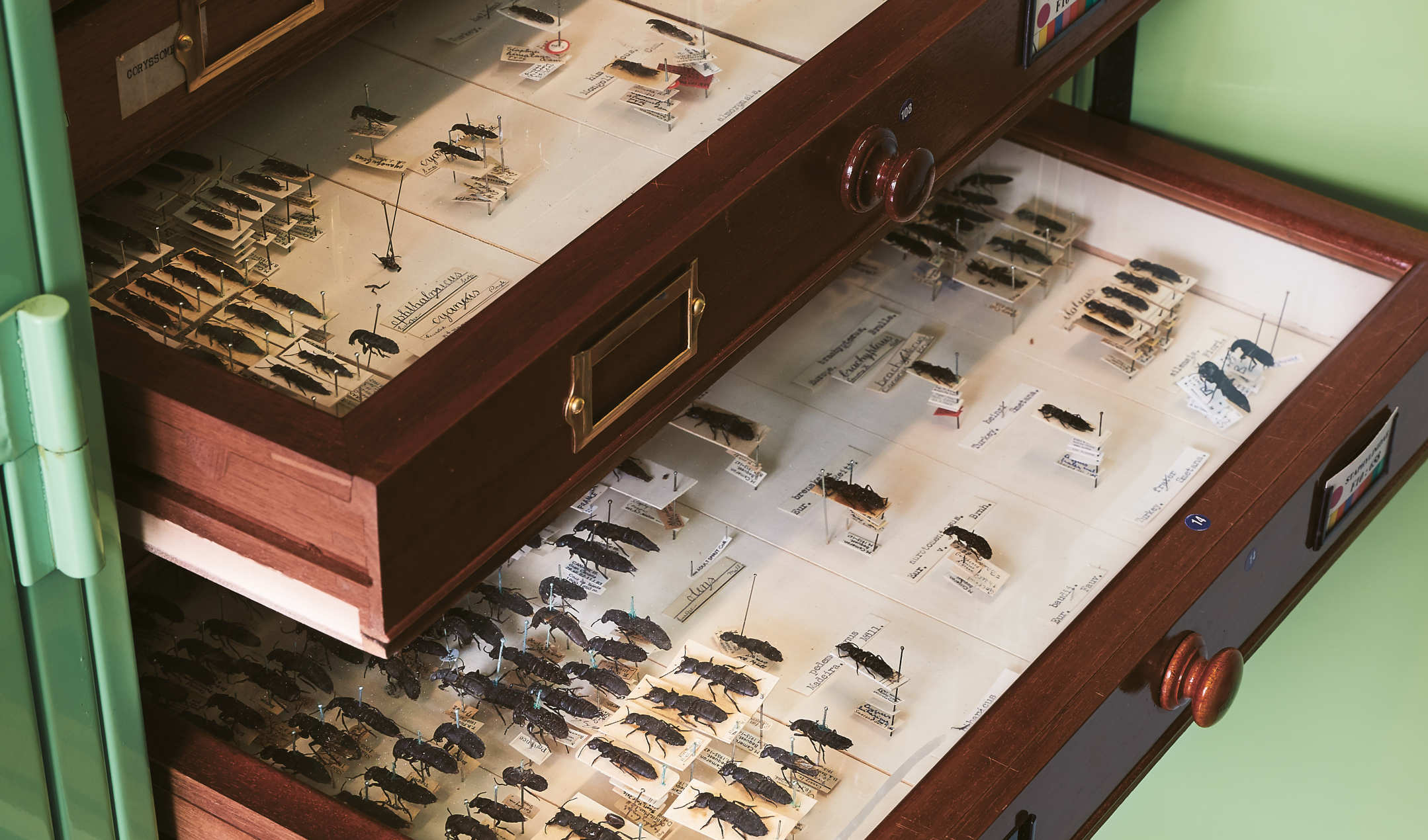 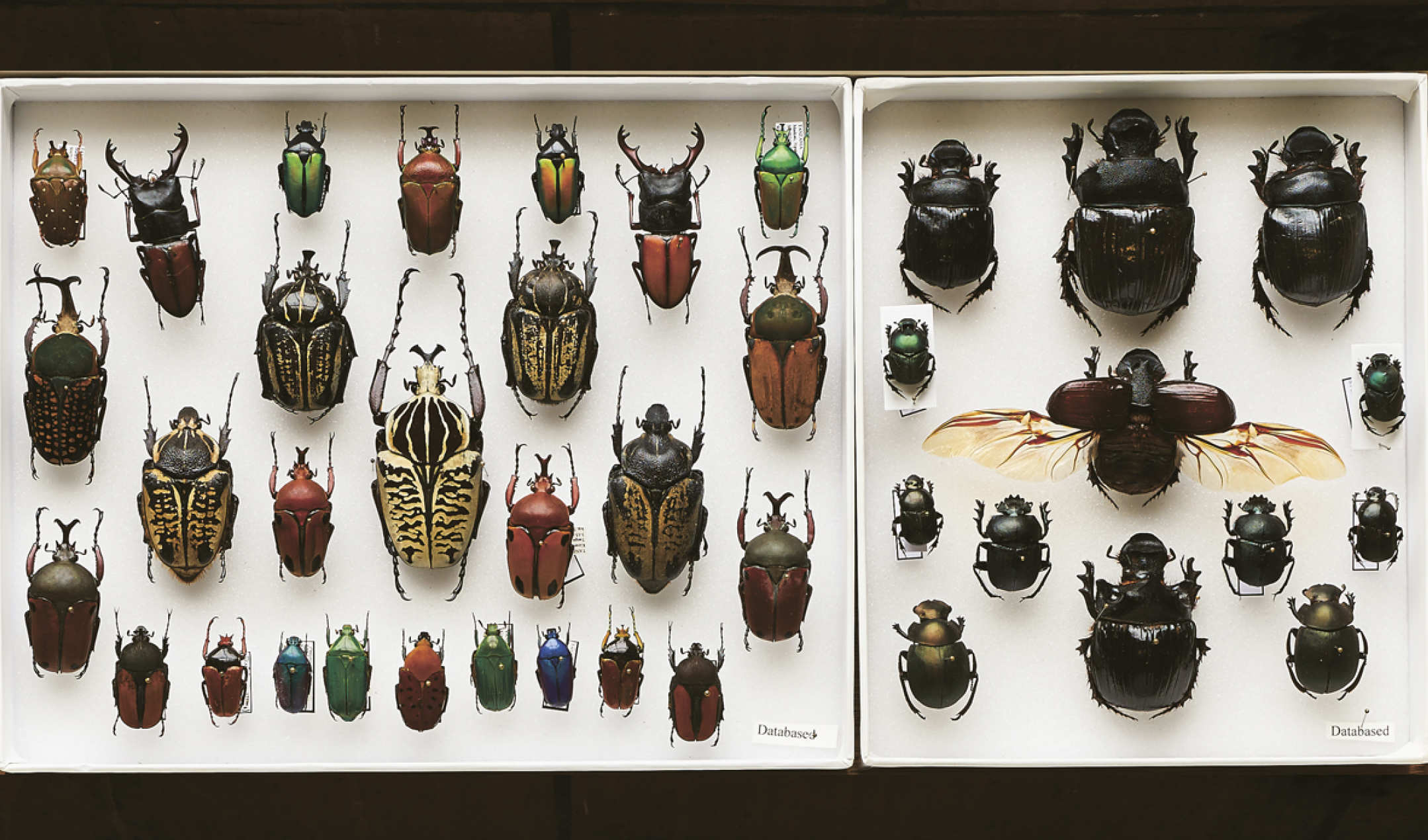 One day, around 50 million years ago, a beetle encountered a pile of dung. Other beetles, perhaps, saw the dung simply as an obstacle. This one saw a feast, and that beetle’s decision meant more than just a good day for the beetle. It sparked an evolutionary chain reaction that eventually led to a whole new lineage – dung beetles.

The combination of thousands of tiny choices like these are the forces that drive evolution. But with many decisions, and so many species, where do scientists start in trying to answer the big questions: why do species diversify? How do they diversify? What can that process tell us about the Earth’s past and future? The solution: find a group that embodies the question you are trying to answer. When it comes to evolutionary diversity, those answers could be lurking anywhere: the legs of a beetle, the flowers of a palm or the eggs of a ubiquitous animal which most of us will never notice.

Knowing how many species there are is a very fundamental question"

In his office in the Natural History Museum, Professor Alfried Vogler, Professor of Molecular Systematics at Imperial with a joint appointment at the Museum, reaches into the fridge and takes out a single small jar. It is filled with beetles, all of which were obtained from a single rainforest tree sprayed with an insecticide. They now await identification using DNA sequencing. Almost certainly some of them will be new species: there are currently 400,000 known species of beetles in the order Coleoptera, which is arguably the largest of the insect class. Probably more than half of them are represented here at the Museum, either dried and pinned neatly in drawers within hundreds of filing cabinets or as frozen DNA samples. Around 70,000 of the dried specimens are the ‘types’, marked by round red labels, indicating that they are the specimens used to describe a newly discovered species.

That 400,000 figure is just ten per cent of the total number thought to exist, though the destruction of the rainforests means that thousands of species could disappear without ever being identified. Professor Vogler’s life’s work is to identify as many species as he can and gain insights into their evolutionary history.

In fact, that innovative dung beetle wasn’t the first of its kind: far from it. The ancestor of a wider lineage that also includes many chafers and stag beetles appeared around 150 million years ago. By identifying the major ecological types and sequencing their DNA, Professor Vogler can work out where the different lineages branch off and where new characteristics originated – perhaps in food source, or environment – creating a new branch of the tree. And then, from that species, the same thing happens again – and again, creating a hugely complex tree-of-life of beetles that tracks the evolution of Earth itself.

“The sequential evolution of chafers and dung beetles tracks the rise of angiosperms – flowering plants – which came first,” says Professor Vogler. “Then the mammals came, and they fed on the flowering plants. The lineage leading to the dung beetles initially fed directly on the plants, and many still do today, and the dung-feeding groups only arrived after the origin of the mammals. So you couldn’t have one without the other. Study the genealogical tree of the beetles and you have an image of Earth history.”

What beetles are really good at, says Professor Vogler, is seizing any opportunity for a new food source. What the earliest ones fed on is unknown. But, for example, in the lineage leading up to dung beetles, some of the earliest offshoots are stag beetles, which feed on rotting wood – and there were woody plants long before the angiosperms. Early dung beetles fed on decaying vegetation. From there, it’s not a big step to dung.

“And these shifts happened multiple times, creating huge diversity within beetles,” he says. “Even within dung beetles, there are different characteristics. Some roll the dung, before burying it in the ground for their offspring. Others tunnel into it and bury it on the spot. Now, you can tell a roller from a tunneller just from looking at it. If you dig a hole, you need really strong front legs. But dung beetles roll dung with their hind legs, so while their front legs are still adapted for digging, the hind legs are a kind of caliper around the dungball, and much longer.”

Yet the very lack of diversity in a species can also make it perfect for studying. There are just two species of Howea palms, Howea belmoreana and Howea forsteriana, and they both originate from the same tiny, isolated place – Lord Howe Island, 600km off the Australian coast. (They are, however, anything but rare. The plant-collecting Victorians helped them spread across the world as the most popular species of ornamental indoor palm. If there’s a palm in your office or home, chances are that it’s a Howea palm.)

Turning the origin of species on its head

Professor Vincent Savolainen, Professor of Organismic Biology, homed in on Howea palms to try to answer a big question: how do species which are not separated geographically evolve? “For many years, biologists thought about the origin of new species in terms of populations that got stuck,” explains Professor Savolainen. “Jaguars and lions, for example, have a common ancestor. But when the continents divided, the common ancestor living in North America evolved into a jaguar and the one in Africa evolved into a lion. The theory goes that once a population is split, it adapts to the new environment.”

Darwin, however, suggested that there might be a mechanism whereby two different species could evolve from a common ancestor even though they stayed in the same place. And Professor Savolainen’s team believed this could happen with plants.

Lord Howe Island is the perfect place to look. It has an area of just 12 square kilometres and can be dated accurately to around six million years ago. Professor Savolainen’s team set out to examine all the plants on the island, identify them, look at the relationships between them, and see if they could find two species that were each other’s closest relations. They found 300 species, including two species of Howe palms. Mapping their genomes and tracing back their phylogenetic trees, Professor Savolainen’s team found a point where the two lines diverged.

How did this happen? Professor Savolainen’s team observed in the field that the two palms flowered around six weeks apart. This change came about around a million years ago, when the sea brought in more dead sea animals – shells, coral and the like. In some parts of the island, this changed the composition of the soil. The palms that grew in this soil were stressed by this change. It changed their flowering time, which ultimately got fixed in their genes. Now there were some palms that flowered six weeks earlier than the other palms. The two kinds could no longer pollinate each other, and the species split.

Professor Savolainen received, he says, “a lot of emails from creationists” after his discovery was announced. He had turned a century-long controversy on the origin of species on its head, leading some to use his new discoveries as an example of how evolutionary biologists can’t agree on any mechanism, and that’s why they must be wrong. “But we have answered a question – how do species evolve in the same place – without invoking creation,” he points out. “And we have also now a better idea about how species can disappear. If two species evolve in one place, if you then fine-tune the environment, we can revert this process and have them fuse into one species.”

In search of the bdelloid rotifer

While tropical islands are certainly hotbeds of diversity, single-species answers to evolutionary puzzles can also lurk in the most prosaic of places – a dish of moss on the Silwood Park Campus, for example. This is one of the preferred habitats of the bdelloid rotifer. These microscopic animals live anywhere where there is fresh water: squeeze out a handful of wet moss growing on a house or tree and you’ll find them. This makes Professor Timothy Barraclough’s fieldwork pretty simple. “We just pop out the back and collect them,” he says.

What’s special about the bdelloid rotifers is their abstemious lifestyle. Although they have been known about since the invention of the microscope, no males have ever been observed. Females reproduce asexually – they produce eggs that are essentially clones of themselves. Yet there are more than 500 known species, with thousands more probably undiscovered. Whatever the bdelloids are doing, it’s working for them.

“One of the leading theories about why it is a bad thing to be asexual is that it should be very difficult to evolve,” says Professor Barraclough, Professor of Evolutionary Biology. “You can’t bring together beneficial genes from different individuals. If parasites are attacking you, you should only be able to respond slowly. Whereas if you are sexual, you can always produce new combinations of genes which might then be resistant to the parasites.”

Professor Barraclough and his team are mapping not just the genomes of the bdelloid rotifers, but also the evolution of a particular parasitic fungus that invades them.

“Most animals and plants have a sexual stage in their lifestyle,” he says. “Why is that? One theory is that we need that sexual stage in order to cope with co-evolving with parasites. If we find that rotifers have co-evolved with parasites despite being asexual, that would challenge that theory.”

“The rotifers aren’t causing diseases. They are not economically important. They are fairly inconspicuous members of the terrestrial ecosystem,” he says. “But because of their unique features, it allows us to get an insight into these general ideas, which we can then apply to predicting evolution in general.”

Back at the Natural History Museum, Professor Vogler is planning his next project: the Museum’s Biodiversity Initiative, which aims to discover every species of beetle on the planet. He estimates that in ten years, he will have DNA sequences for around 100,000 species – a resource of untold value to future scientists.

“Knowing how many species there are is a very fundamental question,” he says. “To begin to understand diversity, you need to first know what is there. As the biologist Edward Wilson says, not knowing what the species are is like doing astronomy without knowing the stars.”