From cubs to virtual reality

Medical education at Imperial can be traced back to the 1700s – but a lot has changed. From monasteries and apothecaries to virtual reality and AI, we chart the history. 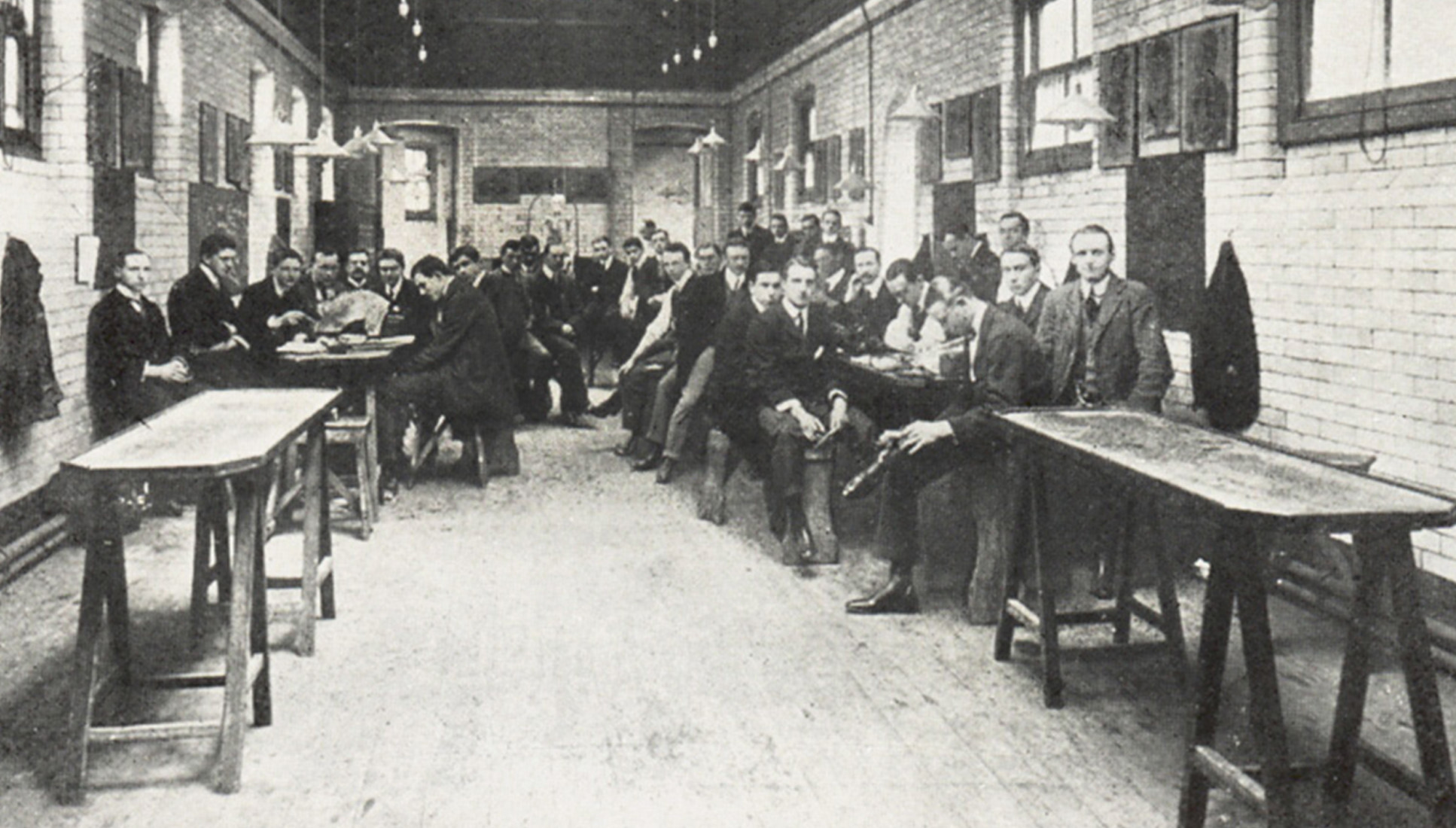 When Martin Lupton, Vice-Dean (Education) for the Faculty of Medicine, addresses first-year medics, he doesn’t pull his punches. “The one constant that defines medical training through the ages is that it is long and arduous,” he tells them. “But I would hope that the doctor of the past would recognise the modern doctor, even if they did not understand their treatments. So much of what is at the core of medical education is passed down through the generations.”

“Before the eighteenth century, most medical care was carried out through monasteries and other religious institutions,” explains Dr Jennifer Wallis, Medical Humanities Teaching Fellow at Imperial. “In many places there might also be an informal apprenticeship system, with prospective doctors training with either surgeons or apothecaries. These student doctors relied on local connections within the powerful guilds of surgeons to get their position.”

Wallis points to the turn of the eighteenth century as a pivotal moment in medical education. “In the aftermath of the French Revolution, hospitals in France came under centralised control and the ‘Paris School’ of medicine evolved, emphasising the teaching of anatomy and introducing pathology. Dead bodies were made more central in medical education through routine autopsies. To qualify, medical students were required to identify disease from a study of the body.” The origins of Westminster Hospital Medical School can be traced back to this time, when the students, known as ‘cubs’, were appointed three to a surgeon.

It was not until 1815 that the Apothecaries Act formalised medical training in the UK, with the study of anatomy and a minimum of six months on the wards needed to qualify, while the Medical Registration Act of 1858 followed this up with more stringent requirements of would-be doctors. And plenty were needed – the first half of the century saw the opening of the London hospitals upon which the Imperial College London School of Medicine is founded.

It has always been the central premise at Imperial that students will both develop an understanding of evidence-based medicine as well as a sound base of science and research skills."

The teaching of medicine at Imperial draws on a long history of education in a clinical setting. Charing Cross Hospital, originally known as the West London Infirmary, was established in 1823, and 1834 saw the formal set up of Westminster Hospital Medical School. St Mary’s Hospital, the youngest of the constituent schools that make up the School of Medicine today, was first proposed in 1841 by the surgeon and anatomist Samuel Lane. The foundation stone was laid by Prince Albert in 1845 and, as was Lane’s original intention, the hospital was formally recognised as a school of medicine in 1854.

Until the late nineteenth century, medical education remained a largely male preserve, with the role of women largely confined to nursing and midwifery. Much has changed since, but Mary Morrell, Professor of Sleep and Respiratory Physiology and Director of Phase One (Years 1 to 3) MBBS Course, began her own training as a nurse at St Mary’s Hospital in the 1980s, before the amalgamation with Imperial. “It was a wonderful apprenticeship, but we are so much better at widening participation now. It has always been the central premise for a medical education at Imperial that students will both develop an understanding of evidence-based medicine as well as a sound base of science and research skills. We hope they will develop the research pathways and directives of the future, as well as become good doctors.”

By the time Queen Victoria opened the Imperial Institute in 1893, fulfilling Prince Albert’s dream of a centre of science in the centre of London, Wallis explains that although there were an increasing number of London teaching hospitals, they were still dealing with a varied system of hospital provision.

“Specialist hospitals such as Moorfields also sprang up, and the Royal College of Physicians began to express concern that if the specialist cases did not reach the larger teaching hospitals, then students would receive a less grounded education. At every point, the concern was that students should receive enough bedside experience.”

In 1913, the Royal Commission on Higher Education in London suggested an amalgamation of teaching hospitals. And in 1921, the Athlone Committee followed up by suggesting the creation of a postgraduate medical school. Then, in 1935, the British Postgraduate Medical School opened as a school of the University of London at Hammersmith Hospital (later, in 1997, joining Imperial).

This was a time of great advances in medical science, says Wallis. “Photography entered medicine almost as soon as film could be developed, and from the first X-ray in 1895 the available technology began to expand. Then, in the first half of the twentieth century, developments in anaesthetics and antibiotics promised to expand the range of interventions that could be attempted. Alongside these exciting developments, though, we could argue that there were worries that students would stop listening to the patient narrative in making their diagnosis and rely instead too much on their instruments.”

These historical concerns have not gone away, Lupton stresses. “Today’s technical advances are so widespread and fast-changing that the student curriculum could expand ad infinitum. Our great challenge, as the technical skills required multiply week to week, is to continue to teach what it is to be a doctor. The duty to put the care of your patient first, confidentiality, professional attitudes and behaviours – these date back to the School of Hippocrates. It is worth remembering that complaints about doctors are almost always about behaviour, rather than skillsets.”

We need to produce doctors with human abilities. But Imperial is a science-based university, and we are also nurturing the future clinical scientists."

Professor Amir Sam (PhD Medicine 2011), Head of the School of Medicine, agrees. “We must not overlook the fact that people need doctors when they are potentially at their most vulnerable. We need to produce doctors with human abilities. But Imperial is a science-based university, and we are also nurturing the future clinical scientists.”

Dr Niamh Martin (PhD Medicine 2003), Honorary Consultant in Diabetes and Endocrinology and Head of Year 1 of the School of Medicine’s BSc in Medical Biosciences, sees greater accountability than in her day.

“We now have staff-student liaison groups, with the students championing change. Our principle is ‘you said, we did’.”

During the pandemic, Lupton points out, students continued their clinical placements. “It is a very long course, but it is not just about knowledge. It is impossible to teach professional preparedness remotely.”

One of the recent changes is the introduction of a form of apprenticeship in Year 6, launched in March 2021. “This allows them to practice being a doctor under the watchful eye of a junior (and occasionally a senior doctor).”

In many ways it is a system that looks back to the original cubs of the nineteenth century. But as Professor Sam says, the doctors of tomorrow are being taught with new technology, using new methods, the impacts of which are still being studied.

“Through the pandemic, the medical school was able to continue with face-to-face teaching through a lot of hard work and goodwill. The machines have not taken over, but once again medical education is at a critical turning point.

“Imperial is pioneering in the medical school by studying the utility of innovative teaching and assessment methods in the same way as we investigate new treatments in clinical medicine. Just because we have been surfing the wave of teaching or assessing students in one way for the past few decades does not necessarily mean it is the best way.”

Imperial's pioneering work in the field of medical education includes a series of innovative partnerships and collaborations. For example, the Lee Kong Chian School of Medicine in Singapore is a joint Imperial-Nanyang Technical University medical school training the next generation of doctors, and the Leica and Imperial Imaging Hub, based at the White City and South Kensington Campuses, will provide advanced, biomedical imaging.

Development is also progressing well on the transformative new School of Public Health, a multidisciplinary building that will provide collaborative, flexible and interactive spaces for academics, collaborators, students and the local community.

Visit our website to find out more about the £100 million campaign for the School of Public Health.