A conversation with Dr Eddy Rhodes by Dani Pulgar Prieto 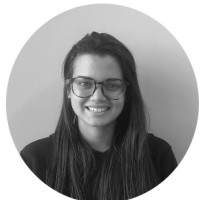 Dani is a PhD student in the lab of Dr Yu Ye. Her research is focused on investigating the role of the immunoproteasome in neuroinflammation and neurodegeneration, with the goal to develop new treatments for patients with dementia. Dani joined the UK DRI at Imperial in 2020. 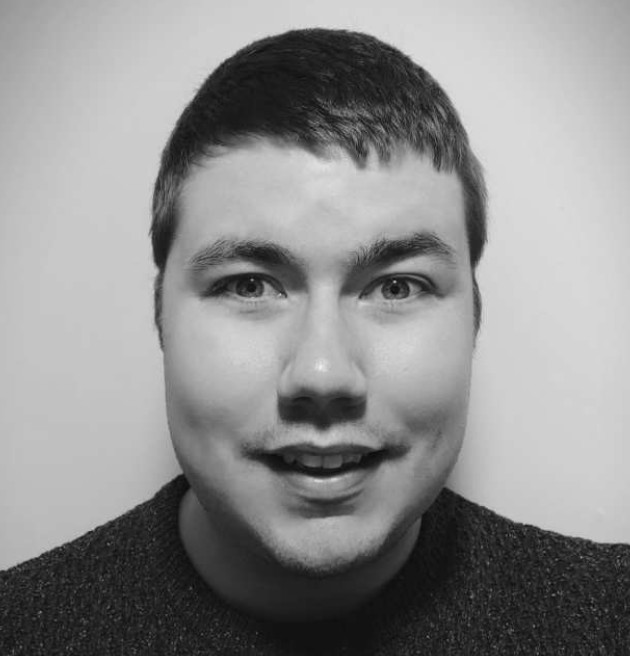 Dr Eddy Rhodes is a postdoctoral research associate who works for Dr Nir Grossman in the Interventional Systems Neuroscience Lab, as part of the Imperial UK Dementia Research Institute.

Dani: Can you describe your research?

Eddy: When I started as an undergraduate I aimed to develop neuroprosthetics, but by the time I began my PhD, my interests, while still motor neuroscience, had pivoted towards Parkinson's Diseases. The focus of my PhD was the electroencephalogram (EEG) correlates of motor control, recording EEG from the primary motor cortex to investigate the neural oscillations that underlie motor responses and to compare between healthy individuals and those with Parkinson’s. This information was used to try and decide if there were oscillations that we could target with electrical stimulation to then suppress some of the Parkinson’s symptoms. The PhD got as far as looking at different neural correlates and looking at the oscillations between healthy and Parkinson’s individuals, but it ended before I could start testing the theory that you might be able to affect the symptoms. I then moved immediately from PhD to here, where I head the human side of the Interventional Systems Neuroscience Lab. The lab aims to take fundamental findings and apply them as potential interventions for people with dementia.

Dani: What is Essential Tremor, and how does it compare to Parkinson’s?

Eddy: Essential tremor (ET) is the most common movement disorder, being a hyperkinesia disorder with excessive movement in the hands. There is a misconception with Parkinson’s disease in that the main symptom is tremor, when in fact only about 60% of individuals with Parkinson’s have a tremor. Their main symptom is bradykinesia which is a general slowing of movement. This can cause Parkinson’s individuals to freeze while doing some movement, especially as the disease progresses.

Essential tremor tends to affect both hands, while Parkinson’s tends to only affect one hand. They used to say that ET was a benign tremor and they thought it did not progress, however, this has now been disproven, and there are some theories that in the same way Parkinson’s is neurodegenerative and worsens over time, the same is true of ET. One last comparison is that ET has a relatively constant oscillation to the tremor between 8 to 12 Hertz, whilst Parkinson’s is way more variable and transient.

Dani: Can you potentially use the same technique that you used for ET on other pathologies that involve tremors?

In the paper, we took a machine-learning approach that applies 8,000 calculations to predict how the patients will respond to the stimulation. We recently received a grant to collect data from individuals with different tremor disorders and apply the same machine-learning algorithm to try and distinguish features to diagnose the different pathologies. We can then tailor stimulation depending on the nature of the tremor. So essentially, yes, this stimulation paradigm can be applied not only for other pathologies with tremors, but also any disorder linked with strong physiological oscillatory waveforms.

Dani: How is the ET pathology developed?

Eddy: ET is heavily linked with oscillatory activity in the cortico-cerebello-thalamo-cortical circuit. The cerebellum, thalamus, olivary nucleus, and motor and sensory-related areas of the cortex, are all linked together as a network, and the ET hand tremor frequency of 8 to 12 Hertz is prevalent within this network. The cascading aberrant oscillation travelling through this network seems to be directly related to the tremor. What underlies that, is probably some sort of dysfunction due to Purkinje cell death in the cerebellum, which is why it is not accurate to say that ET is not neurodegenerative. This dysfunction reduces transmission in the cerebellum, which is linked to these cascading oscillations at the tremor frequency that match what is going on in the hand.

Dani: What is causing this cell death? Is it genetic or environmental?

Eddy: Genetics is not my field so take this with a pinch of salt. The assumption is that ET has to be genetic because more than half of the patients have some form of family history of ET. Over the last thirty years, there has been a number of different chromosomal regions and genes associated with ET. However, scientists are not able to replicate the findings. So, is it genetic? Probably. Do we know what gene is responsible for this pathology? No.

Dani: What are the key findings to your 2021 nature publication Non-invasive suppression of essential tremor via phase-locked disruption of its temporal coherence?

Eddy: The major findings were:

Dani: How long did the reduction in the tremors last for after stimulation?

Eddy: This was a very short stimulation paradigm - patients only received 30s of stimulation per trial so we weren't expecting to see any long-term effects. However, the reduction in tremor amplitude increased throughout the duration of stimulation and remained significantly reduced for the 15s following stimulation.

Dani: What are the clinically approved treatments for ET, and how does your method compare

Eddy: There are pharmaceutical treatments, that can be quite unspecific in treating ET. About a third of all ET patients stop taking their medication because either it has no noticeable effect on their tremor or worse, it has adverse effects that outweigh the benefits of the medication.

On the other hand, there are more severe invasive treatments that exist, such as deep brain stimulation or surgically removing brain tissue both of which require major surgery. This excludes many patients due to the risks associated with surgical interventions.

Our intervention has the same aim as those more invasive treatments in that we attempt to disrupt these aberrant oscillations, but we are using a very simple non-invasive transcranial electrical stimulation. This means that you can apply our method to most if not all patients. Also, with some refinements, you can probably teach individuals to apply the electrodes on themselves. The disadvantage, of course, is that it is not as focal as invasive forms because they allow you to remove or implant electrodes directly into the affected area. Our electrodes are placed on the scalp which means the current has to pass through scalp and skull, and in the process, gets diffused. We are still stimulating the cerebellum, but not to the same extent as these more invasive techniques.

Dani: What was your motivation behind this research?

Eddy: The real reason why I wanted to work with Dr Grossman was that he and the lab are developing temporal interference stimulation, which is a form of transcranial electrical stimulation, that through the mixing of high-frequency currents allows you to stimulate deep structures in the brain.

As I say, my background and main interest is in Parkinson's research and the idea that we could develop a deep brain stimulation treatment that requires no surgery is absolutely thrilling. Through Imperial and the UK DRI, I've been able to work with a lot of experts in different fields which can only be beneficial to my work.

Probably the most rewarding and quite frankly most interesting aspect of the current work is I have the opportunity to sit and directly learn from individuals with these disorders. You start to understand what patients actually want from these sorts of research initiatives and gain far greater insight than just reading papers and books.

Dani: Where do you see this research going?

Eddy: There are many directions where we can take this research. One of the aims of this paper was to get the ecHT algorithm out there so that other researchers can apply it in their various fields. My work in this lab and potentially beyond will involve using this increased phase-locking accuracy to investigate aberrant neural oscillations in other disorders and paradigms. For example, Dementia patients suffer from disrupted sleep which can be well categorised by quantifying slow-wave EEG. A phase-locked stimulation paradigm could be developed to alter these slow-wave dynamics.

Additionally, Dr Robert Peach who developed the machine-learning pipeline and I plan to apply the pipeline to a much larger tremor dataset. The hope being that with enough data this feature-based analysis can become a diagnostic aid for neurologists when diagnosing tremor disorders.