The AION project harnesses a new generation of quantum sensors to conduct experiments in fundamental physics, such as the discovery of dark matter, and detect hitherto unknown sources of gravitational waves, such as violent collisions far away in the universe and events that occurred when the universe was a fraction of a second old. One of the foremost candidates for dark matter is some type of very light particle that is spread throughout space with a varying density that changes in time. AION is capable of detecting the effects of these variations on cold atoms using techniques based on quantum interference effects, with much greater sensitivity than current experiments. The same quantum techniques probe small fluctuations in the fabric of space-time caused by the passage of gravitational waves, and AION will measure such effects in a different range of wavelength and frequency from the existing experiments LIGO and Virgo. In this way it will be able to observe the mergers of black holes that are much more massive, possibly casting light on the formation of the supermassive black holes at the centres of galaxies. AION may also be sensitive to gravitational waves generated in the very early universe, for example by phase transitions or by cosmic strings. AION will be operated in a network with detectors in the US and Europe that are based on similar quantum physics, and its measurements will complement those by LIGO, Virgo and the future space experiment LISA, providing many possible synergies through joint observations.

We will build an instrument in the UK that brings together the advantages of state-of-the-art optical clocks based on Sr atoms, with atom interferometry. This instrument has two atom interferometers, one above the other, in a vacuum system over 10m tall, with a laser beam running vertically through both that splits and recombines atomic wave packets. Two clouds of atoms will be prepared at different heights along a long vertical vacuum pipe, and both clouds will be launched so that they travel upwards for several metres before coming to rest and falling back down under gravity. Such 'atomic fountains' allow a long measurement time and large separation between the two arms of the interferometers. The atoms must be cooled to very low temperatures, less than 1 nanokelvin in our final design, otherwise they spread out and become too dilute before falling through the detection region. A vertical laser beam that runs through both clouds of atoms, at different heights, such that common-mode rejection of noise in differential measurements can determine the gradient of gravity with an uncertainty of 1x10-10 per shot, comparable with the state of the art. The atoms are cooled in side-arms, transported into the vertical tube, launched, subjected to multiple laser pulses that form the interferometer and then finally detected using laser light. This requires a very sophisticated set of lasers. This will be the first large-scale atom interferometer in the UK; there are currently 10m devices in the USA, Germany and China.

The AION programme exploits synergies between fundamental and applied science and the strategic areas of quantum technology, computing and metrology. It brings together a consortium of experimental and theoretical particle physicists, as well as astrophysicists and instrumentation experts, quantum information scientists, experts in Sr based atomic clock research, and atomic physicists drawn from the sciences communities. AION will collaborate with leading international laboratories such as Fermilab in the US, creating new scientific partnerships also with members of the space science community. The quantum technologies of AION have potential applications in such varied areas as navigation and oil drilling. We will work closely with the UK Quantum Technologies Hub in sensors and metrology to develop these technologies and bring them to market. 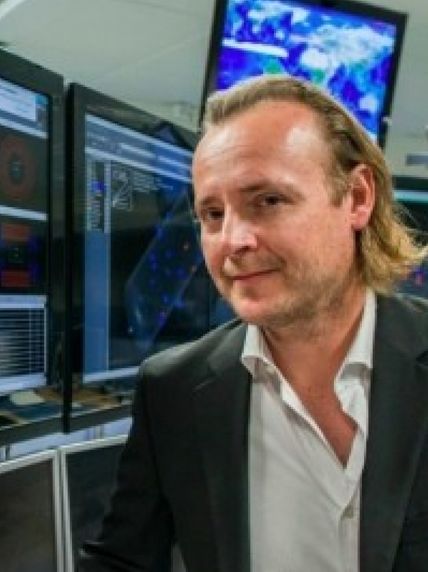