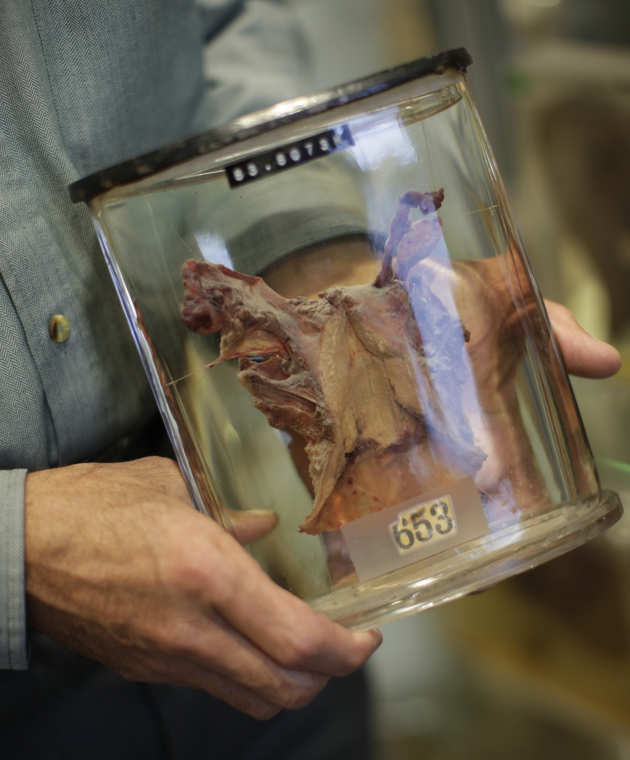 Pathology specimens in the museums were always a high priority in all medical schools in London in 1820’s because they were an important learning resource for medical students. Therefore, one of the first departments created in the medical schools were Pathology Museums and appointments of Curators. Pathological specimens in the museum provided medical students the basis for learning medicine and surgery. Many distinguished medical personnel learnt and got new ideas for teaching and research through medical museums and also circuitously contributed enormously to the museums as well.

The Charing Cross Hospital and Medical School was founded by Benjamin Golding, MD in 1818, and built in 1831. Its aim was to provide a Medical School upon “…the foundation where practical information may be conjoined with scientific instruction to those pupils and professional students who may be desirous of pursuing their education there, a proportion of the pecuniary receipts thence arising to be appropriated exclusively to the funds of the charity.” “Place of the Charity,” 31 March, 1821.

One of the first departments to be established in 1835 was the Museum. Two of its first Curators were Surgeons, John Howship (1834-1841) and Edwin Canton (1844-1853) – both were very interested in their work and their excellent collections laid the basis of the present Medical School Museum.

In the autumn of 1881 the new Medical School Buildings in Chandos Street were opened. Soon after, the museum specimens were moved to Chandos Place. The building was enlarged in 1889. New physical, biological and pathological laboratories were added in 1894. It was extensively altered in 1911 when a large Museum with 4,000 specimens and a Curator’s Room were created. This Museum consisted of three galleries. In the 1960’s, the expansion of the laboratories in Chandos Place meant that the Museum be moved to the Adelphi in the Strand. When the New Charing Cross Hospital Medical School was built on the site of Fulham Hospital, the Museum specimens were moved again to their present home.