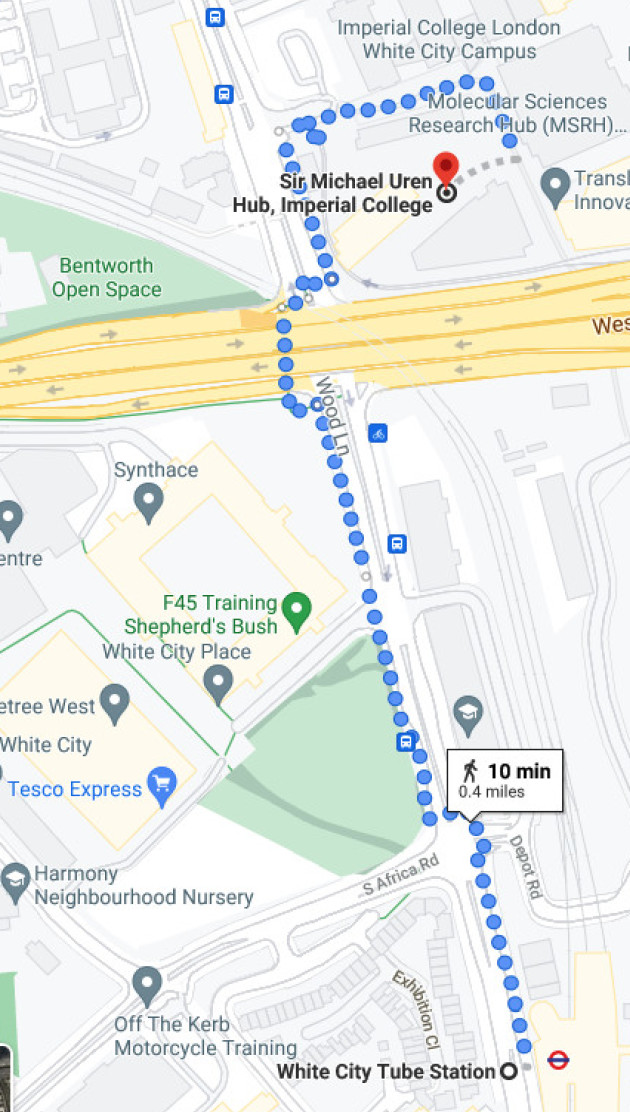 HRG is part of the Human Interface Lab at Imperial's White City campus located at the 4rth floor of Uren building.

The nearest Underground station is White City, on the Central line.

From White City Tube Station, the campus is only a ten minute walk.

We are on the fourth floor of the Sir Michael Uren Hub (W12 0BZ). Prof Burdet’s office is room 419b.

Take a national rail train to Victoria station (journey time 40 minutes) and then by Underground (Victoria Line) to Oxford Circus Underground Station,  change to Central Line and get off at the White City station.

If you arrive to at StPancras station, you can take the Underground (Victoria Line)  at King's Cross St Pancras station to Oxford Circus Underground Station, then transfer to Central Line to White City station.

The postcode to use for satellite navigation to the White City campus is W12 0BZ .