Malaria Tools is a user-friendly software package that can be used to explore the impact of a range of combinations of interventions on malaria transmission indices.

Malaria Tools software is a user-interface to our combined intervention model for Plasmodium falciparum malaria (described in detail in the accompanying publication) and has been developed to aid malaria elimination scenario planning at country level.

A release of the new version (Version 3.2) can be downloaded below. This has been modified to incorporate new model code which includes improved fits to clinical incidence, and pharmacokinetic/pharmacodynamic models for key antimalarials. Intervention options now include increased coverage (usage) of long-lasting insecticide treated nets, indoor residual spraying, changes to first-line treatment, IPTi or seasonal malaria chemoprophylaxis in children up to 5 years (SMC), mass drug administration or mass screening and treatment and a pre-erytrhocytic vaccine delivered through the Expanded Program for Immunization and/or via mass vaccination campaigns. Various options are available to define the coverage, start-time and properties of each of these interventions. Output metrics have been expanded and now include prevalence in all ages, prevalence in 0-5 year olds, clinical incidence in 0-5 year olds, severe disease incidence in 0-5 year olds, severe disease incidence in 0-5 year olds, mortality rates in under 5s and EIR.

A full manual for this version will be provided shortly.

The software can be installed on PCs running Windows 7 or Windows 8 platforms. Other operating systems (including Apple and iPad) are in development and will be released shortly.

Updates will be provided on this website. Feedback is highly appreciated and we will endeavour to continue to respond to user suggestions.

The Malaria Tools - Getting Started (PDF) document provides an introduction to the software for National Malaria Control Programme staff interested in using the software to carry out the exercises outlined in the Elimination Scenario Planning manual. An updated detailed user manual will be available shortly.

The simulation model was programmed by Jamie Griffin, and the user-interface by Danail Stoyanov. 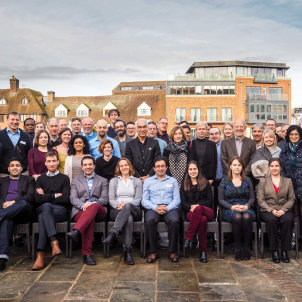