Director of the Blyth Centre 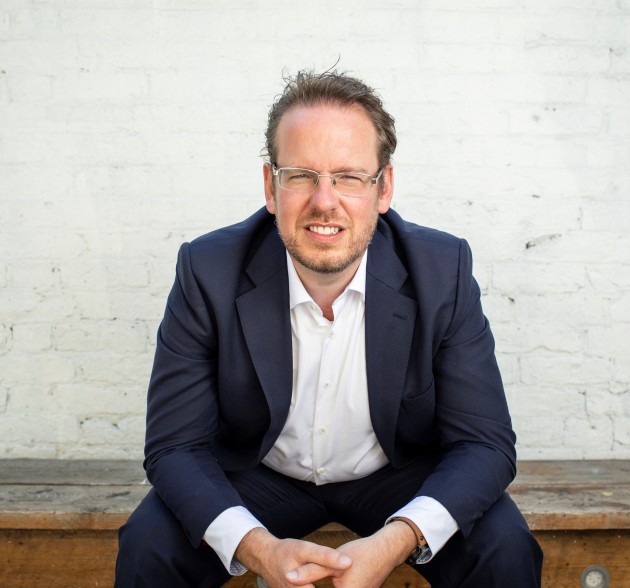 Oliver Gooch is rapidly establishing a reputation as a conductor of considerable versatility in a wide range of symphonic and operatic repertoire.  Following an appointment by Sir Antonio Pappano as the first Associate Young Artist at the Royal Opera House, Covent Garden in 2004, his conducting career to date has seen collaborations with many of the major UK orchestras, including the LSO, Philharmonia, BBC Symphony, Hallé, Orchestra of the Royal Opera House and Northern Sinfonia. He has also continued to have a fruitful relationship with the Royal Philharmonic Orchestra, as a regular guest conductor.  Further afield, he has made highly acclaimed debuts with the Queensland and Tasmanian Symphonies in Australia, New York Sinfonietta, Orchestra i Pomeriggi Musicali in Milan, and Orchestra della Toscana. He has an ongoing relationship with Italy’s major touring company, Associazione Lirica e Concertistica Italiana (AsLico).

He balances orchestral engagements with extensive work in opera in the UK and abroad. He gave the American premiere of Janáček’s Šarka with Dicapo Opera in New York, and in Europe, made his Italian debut at Teatro Ponchielli, Cremona with Die Zauberflöte (praised in Corriere della Sera). In the UK, at the age of twenty one, he came to attention as Founding Artistic Director of Opera East Productions, platforming many exciting British young singers who have since gone on to have notable careers. Between 1999-2011, he  conducted over thirty productions, including an award winning Rape of Lucretia designed by Sir Terry Frost, and the world premiere of Tarik O’Regan’s Heart of Darkness, in collaboration with ROH2/Opera Genesis. The Wall Street Journal described it as ‘an auspicious debut, handsomely played and expertly steered by conductor Oliver Gooch.’

As a keen exponent of contemporary music, notable engagements include the Red Note Ensemble, Scotland’s première contemporary music group (Pass the Spoon/QEH, nominated for a Creative Scotland Award), and CHROMA (Heart of Darkness/Linbury, nominated for a South Bank Sky Arts Award). He made his US debut with the New York premiere of Conrad Susa’s Dangerous Liaisons and has a successful relationship with American Opera Projects, New York’s foremost contemporary opera development company.

He remains committed to nurturing new talent. He spearheaded the development of two Young Artist Programmes, one for Mid Wales Opera and, most recently, Iford Arts’ New Generation Artists, an initiative to identify and support young singers, directors, designers, costume designers and conductors in the early stages of their careers. He has also conducted and presented a number of community operas as Artistic Director of Music at Bray, in partnership with the Windsor Festival, including Noye’s Fludde, The Happy Prince, The Little Sweep, Amahl and the Night Visitors and Saint Nicolas. He was also invited to conduct performances of Noye’s Fludde with over five hundred school children for the North Wales International Festival in St Asaph’s Cathedral in 2015. He has also received recognition for his desire to take opera into new places. His resurrection of the 18th century ballad opera, Inkle and Yarico by Samuel Arnold in Cambridge’s Fitzwilliam Museum, was produced alongside the anniversary of the Act to abolish the slave trade, broadcast on BBC Radio 3.

Earlier in his career, he was invited to be Guest Chorus Master for Glyndebourne Festival’s Fairy Queen, winning BBC Music Magazine’s Award for Best Opera DVD in 2011. For the Royal Ballet, he was cover conductor for their award-winning production of Rite of Spring, and he was an assistant to both Sir Charles Mackerras (Glyndebourne/Die Zauberflöte) and Sir Colin Davis (London Symphony Orchestra/Der Freischütz, released on LSO Live).

He coaches at the Royal College of Music, National Opera Studio and the Jette Parker Young Artist’s Programme, and serves on the faculties of Accademia Europea dell’Opera and the Canadian Operatic Arts Academy. He has been a trustee of the Elizabeth Harwood Memorial Trust since 2008.

Oliver received his training at Cambridge University, Guildhall School of Music and Drama and the National Opera Studio. He studied conducting at the Tanglewood Festival under Robert Spano and Seiji Ozawa, and was subsequently nominated for the prestigious Rolex/Mentor Protégé Arts Initiative in Geneva, under Sir Colin Davis. In 2006 he was awarded a prestigious Clore Fellowship, a programme designed to nurture new generations of cultural leaders, and in 2007, he was elected the youngest Fellow of the Royal Society of Arts.