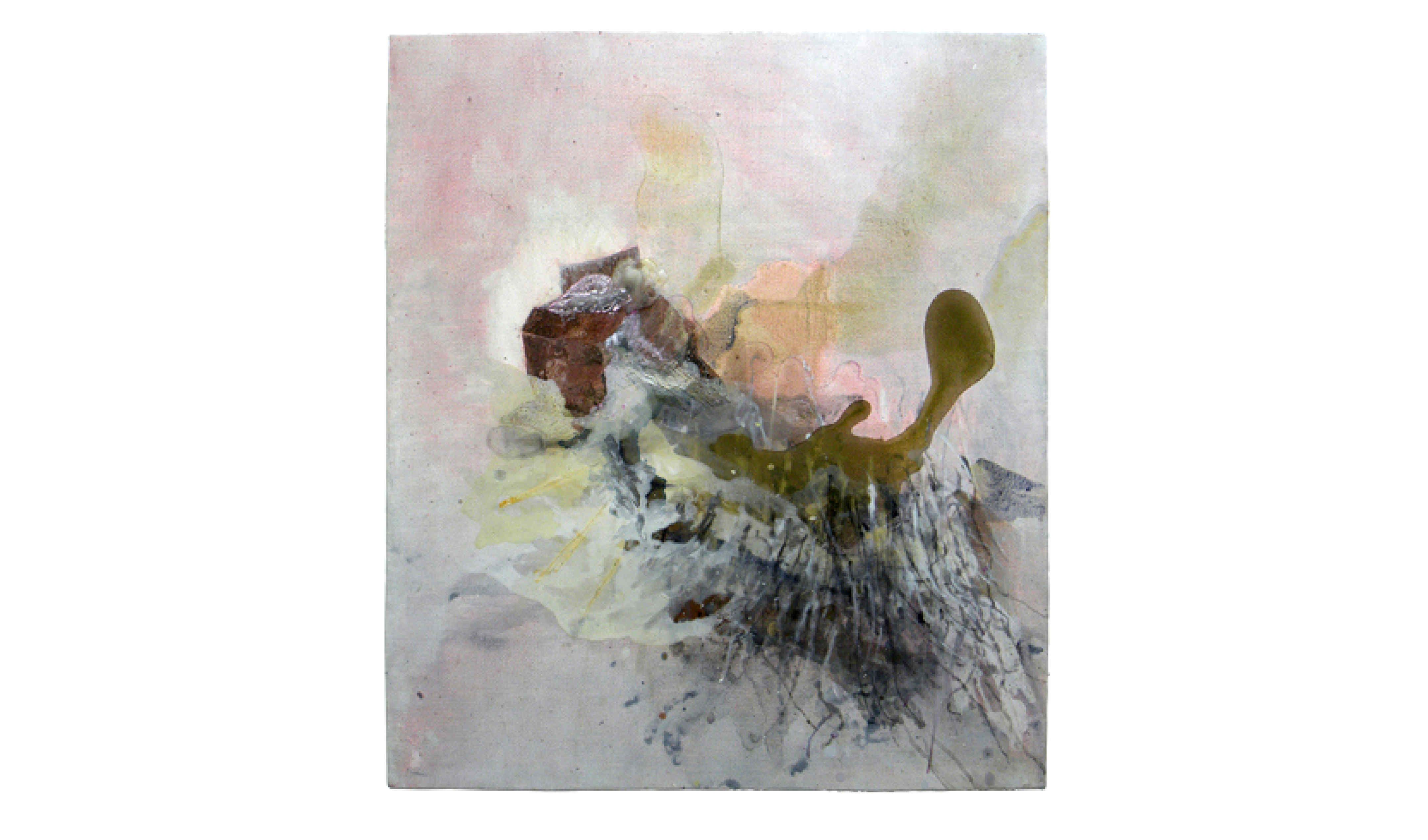 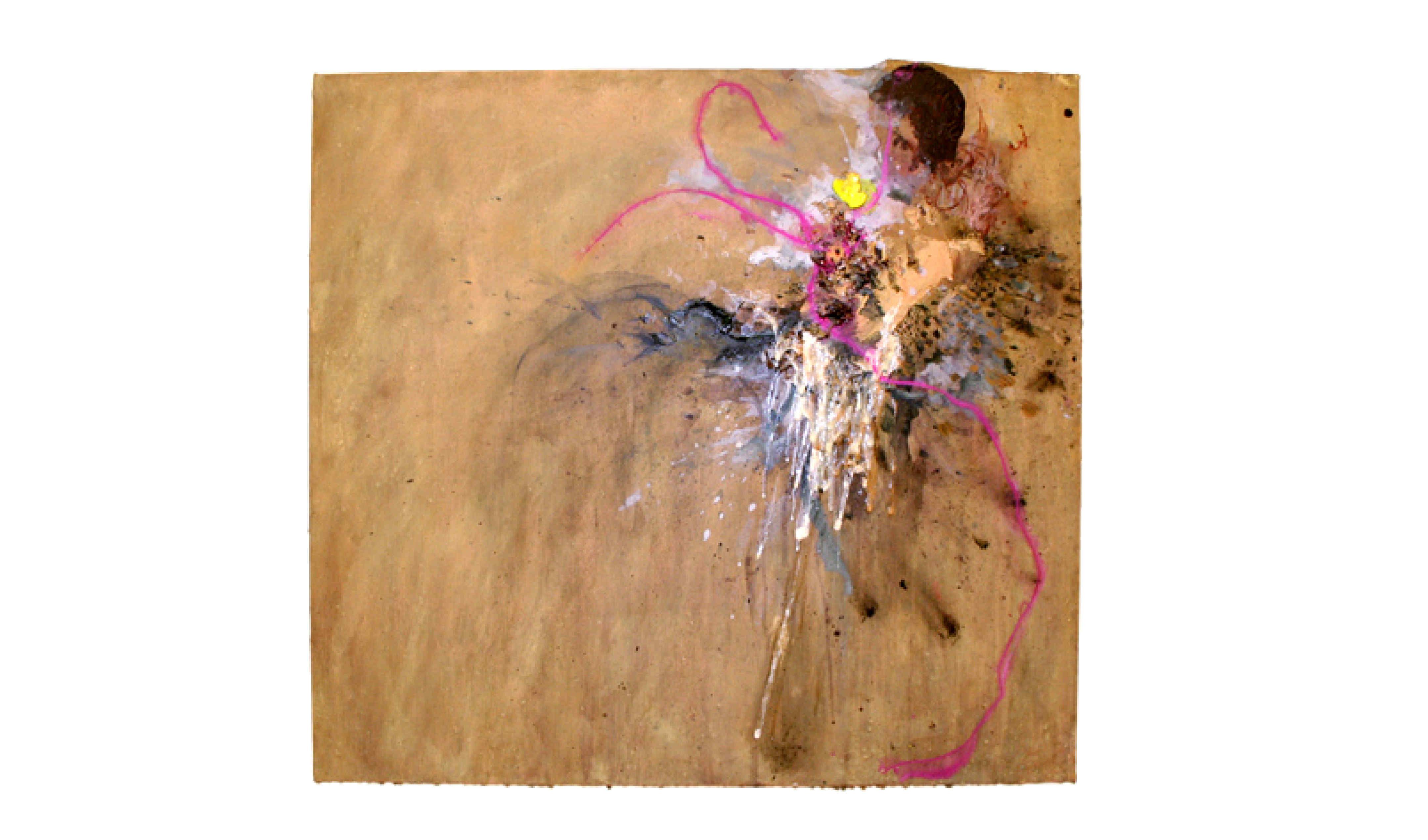 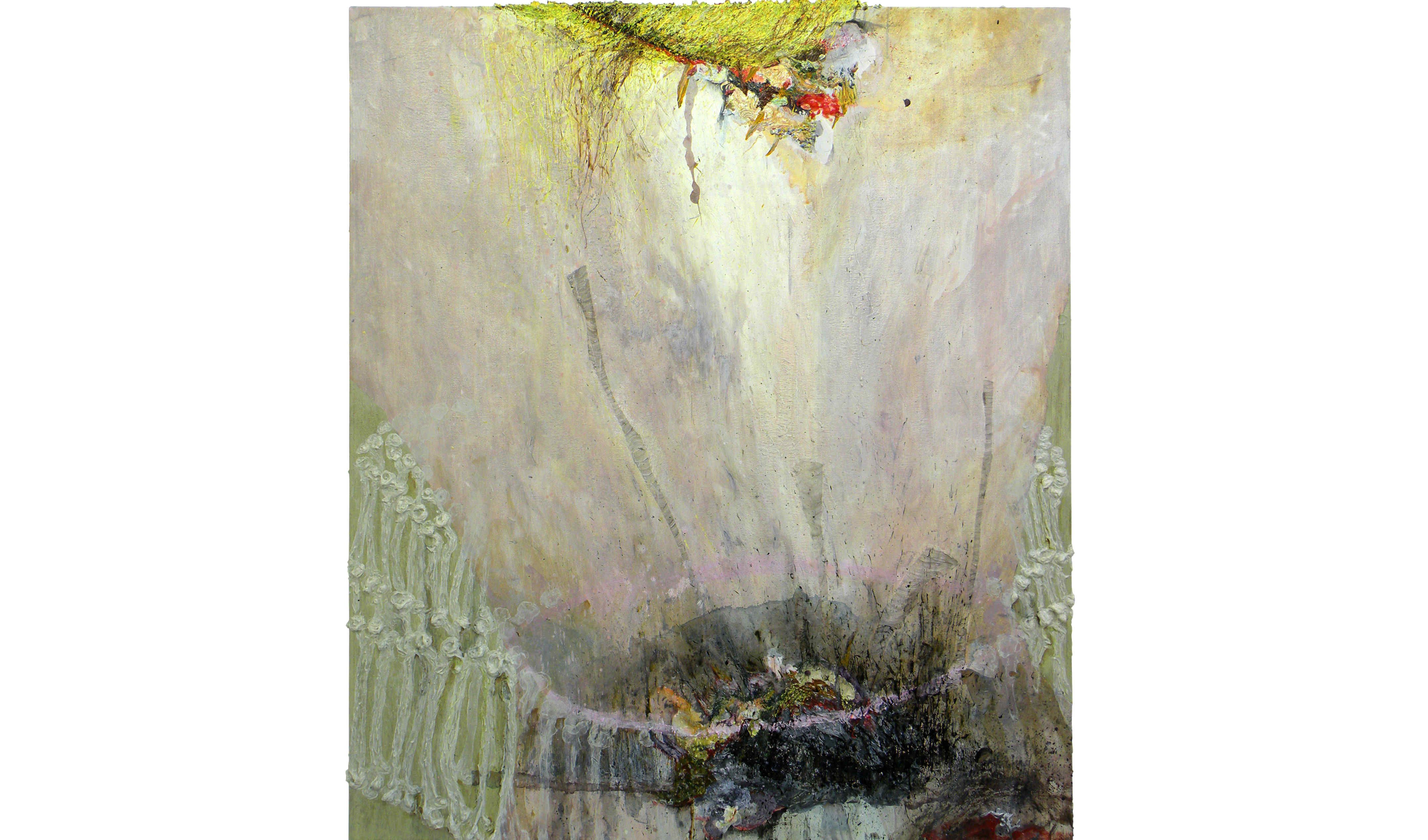 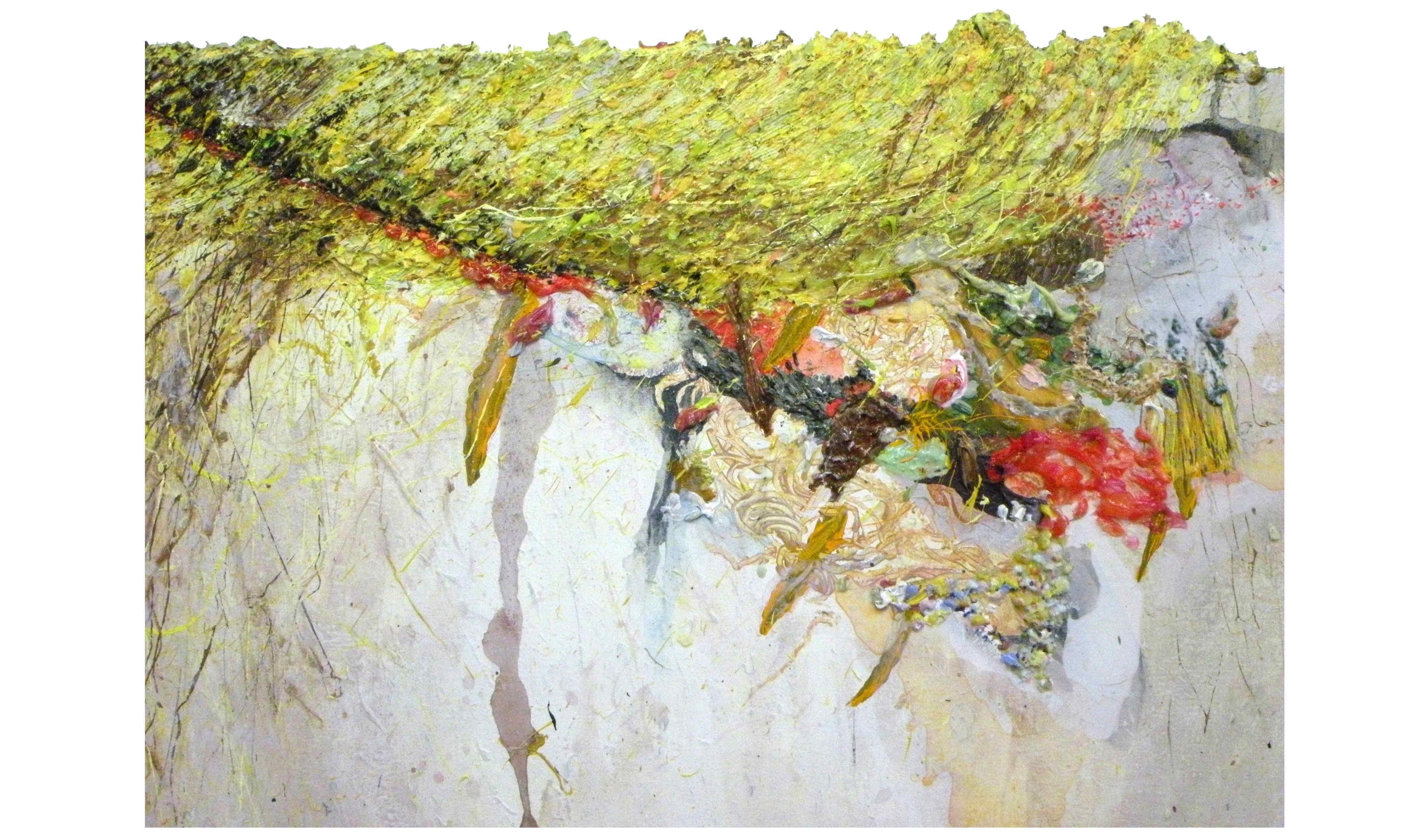 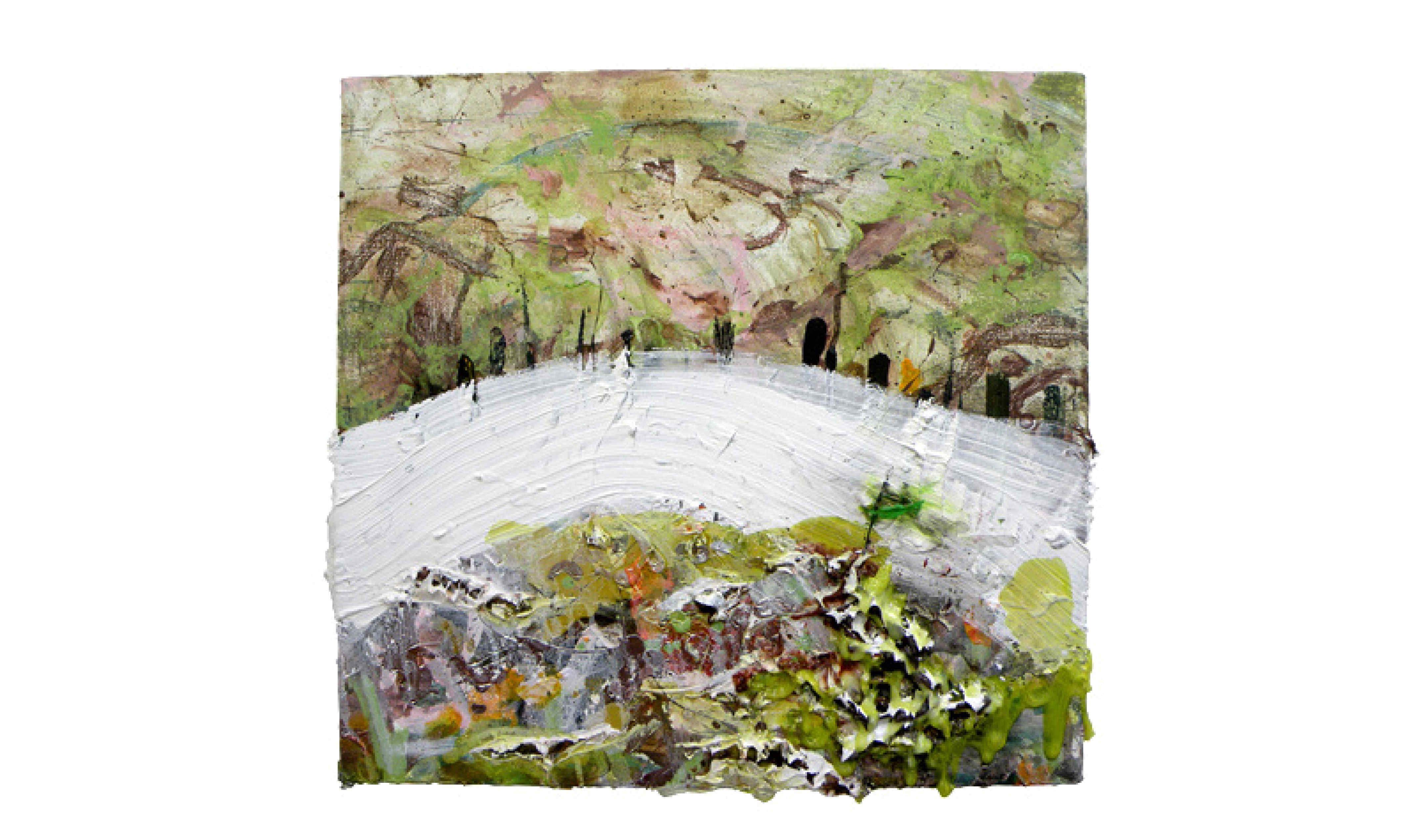 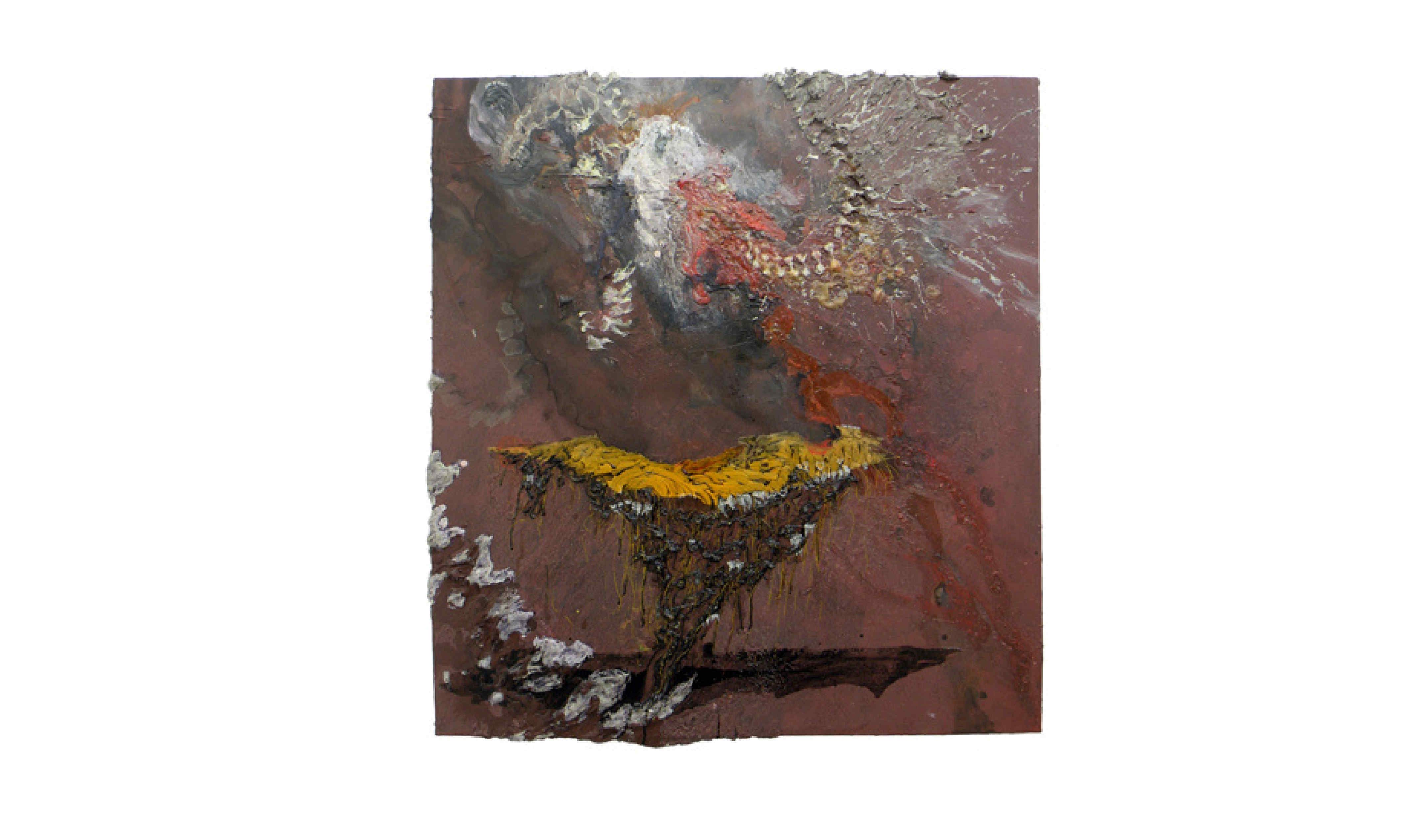 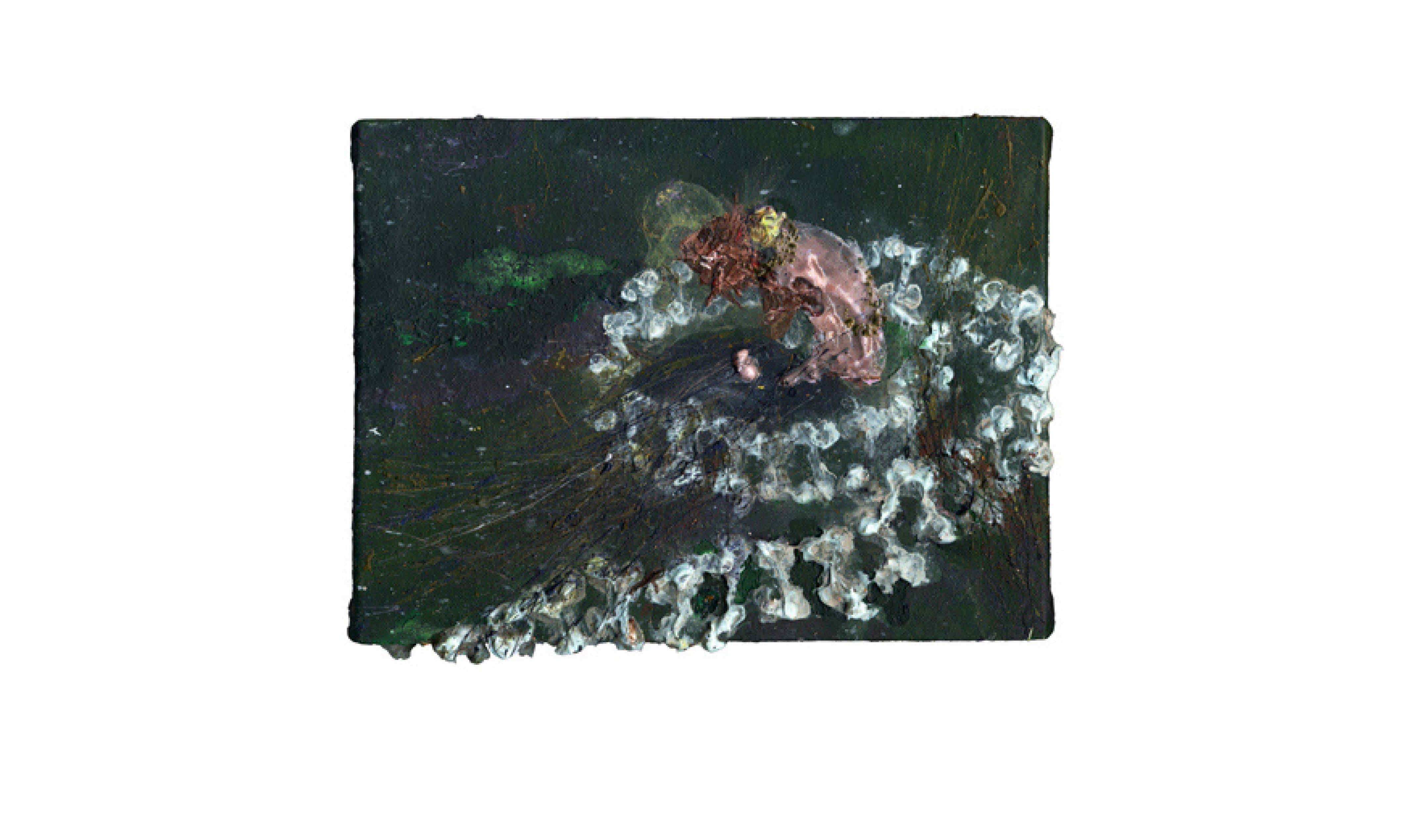 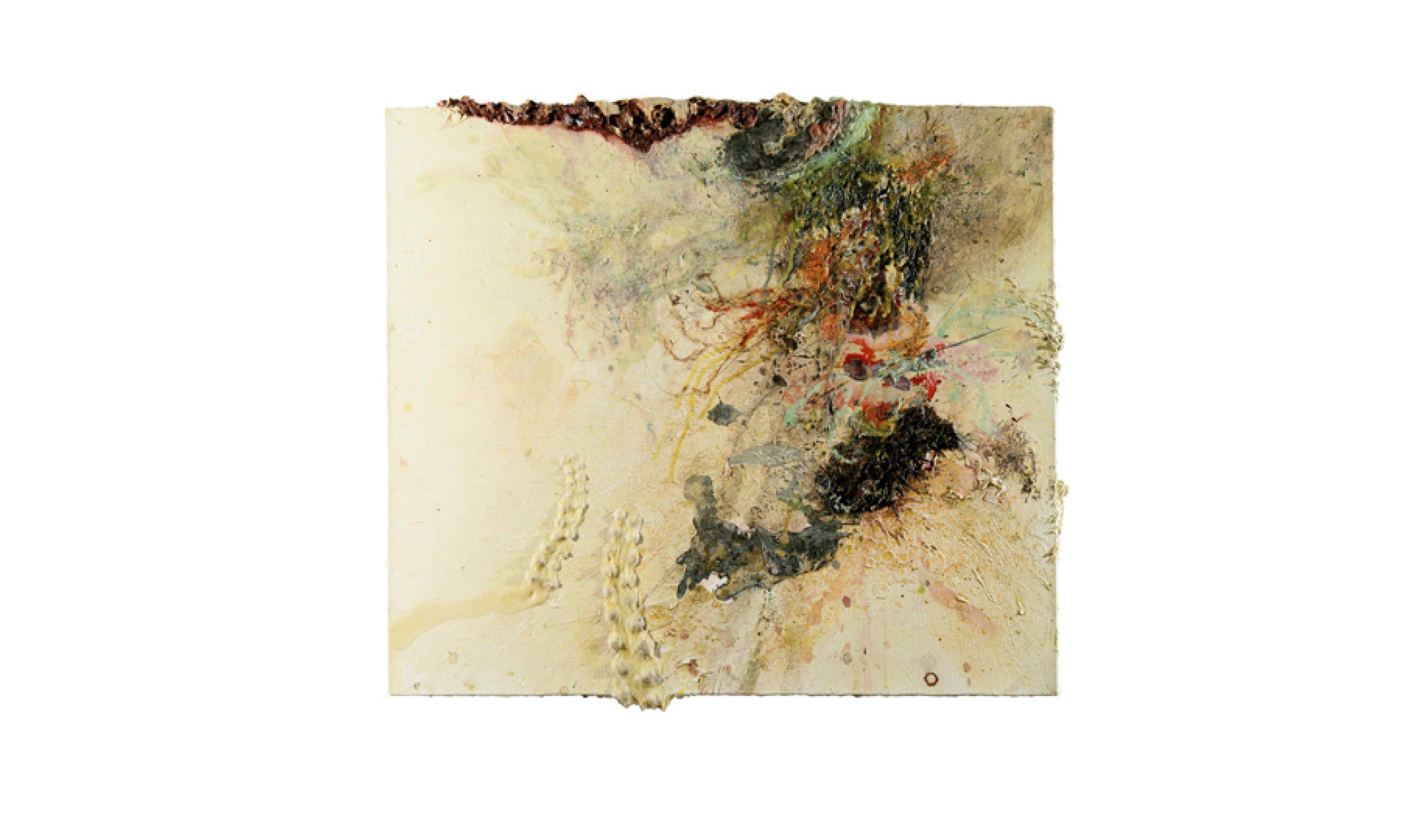 Artists in this exhibition: Mindy Lee

Since graduating from the Royal College of Art in 2004, painter Mindy Lee has developed her visceral, commanding abstract works into this arresting series called ‘Slipping Out’. In each painting, there’s a rectangular core from which a swarm of energy and colour explodes across the canvas, riding the edge between seduction and disgust. Just as we watch horror movies to relish our sofa safety from the slash and gore, Lee’s exquisite layers, rings and ridges of what look like snot, smoke and gunk, emit such an infectious force that we can only admire the adrenalin that spills out over the borders of the frames themselves. The spoors of colour maintain an ugly coherence, as if the party balloons have long burst but the fun goes on.

Here is pattern breaking down, cells rioting, communication coagulating in an overload glut of signs and codes. Like Teresita Dennis’s work, Lees’ paintings evolve from a process that traces the artists’ physical interaction with the canvas. Lee uses this process as a tool to explore events, which unravel within the paintings. These events are regurgitated or invented moments that resemble a range of imagery from eco-disaster or bio warfare to computer meltdown or a brain haemorrhaging. In ‘Sumpter’, 2007, a trail of knotty lumps of paint frosted in a thick glaze resemble a fractured spinal cord, while the mass that detonates above it seems to suggest a cloud of disorientated, pesticide-poisoned bees unable to navigate their way back to the hive.

While the works appear anarchic, frenzied, it’s taken months to accrue such complex surfaces, with the artist applying triple pours, surfaces rubbed away and threads manipulated over the canvas as the paint dries to create colour bleeds in ‘Doll’s House’, 2007 and in ‘Birdsweb’, 2008.

‘With their compositional constancy, these strong paintings could belong to the emerging body of work dubbed Landscape Trauma, which uses a vibrant and violated abstraction to underscore anxiety about a corrupted environment in which we inhabit. There’s no didacticism in this slow apocalypse. Rather it’s electrical, infectious work that if connected to the national grid could provide a massive surge of alternative energy. As alienating, alienated topographies, these paintings are wonderfully impolite at a time when much painting chooses graphic cleanliness or inexpressive, muted tones.’