Five Imperial academics and six alumni have been recognised for their achievements ranging from strategies to reduce pollution to pig welfare.

Professor in Gastrointestinal Epidemiology Wendy Atkin and Professor of Paediatrics John Warner receive OBEs for services to bowel cancer prevention and food allergy research respectively. Professor Neil Alford, Head of the Department of Materials and Vice-Dean of the Faculty of Engineering, has been recognised with an MBE.

Sir Keith O’Nions, President & Rector of Imperial College London, said: “These well-deserved honours are a sign of the very high esteem in which our academics are held.

"Our staff are rightly renowned for pushing the boundaries of discovery and translating their findings to benefit the wider world. It is especially gratifying when this hard work is acknowledged through the honours system. My congratulations go out to Helen ApSimon, Wendy Atkin, Jim Skea, Neil Alford and John Warner for the outstanding contributions they have made to science and engineering. The whole Imperial community can be proud of their achievements.”

A total of six Imperial alumni were also recognised in the Queen's Birthday Honours. Kathryn Campbell (MSc Environmental Technology 1982), the former manager of Eco-Schools Scotland, received an OBE for services to environmental education and sustainable development while Anthony Pedder (MSc Mechanical Engineering 1971) received an OBE for services to business, health and the voluntary sector in Sheffield.

Three alumni received an MBE: Beverly Daily (Charing Cross Hospital Medical School 1960), a general practitioner and the chairman of Burnham Health Promotion Trust in Buckinghamshire, was recognised for his services to health and wellbeing while Peter Riding (Physics 1964) was recognised for services to the community in Saffron Walden, Essex. Meryl Ward (Wye College 1982), a farmer and later member of Farm Animal Welfare Committee, received her MBE for services to the improvement of pig welfare.

Rounding out the accolades, Martin Hay (Wye College 1957) received a British Empire Medal, for voluntary service to SSAFA in Lincolnshire.

Professor ApSimon says she was rather surprised when a large envelope arrived addressed to her from the Cabinet Office. She wondered if she had done something wrong. 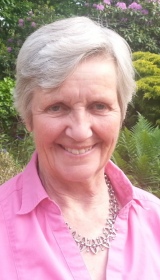 “I was with a friend and my niece. We were belatedly celebrating my Birthday. After I read the letter, we decided to add the letters ‘CBE’ to the Birthday cake we were icing.”

At 71 years old, Professor ApSimon says she is not ready to retire yet. Looking back on her career so far she said: “Because I was trying to link science with policy, I spent a lot of time on reports and numbers instead of writing academic papers. There were times when I worried if I was doing the right thing.”

Her research began with studies of nuclear accidents, and diversified into issues such as acid rain, and air pollution in Eastern Europe. Over the last twelve years she has worked extensively with the UN Economic Commission for Europe examining cost-effective strategies to reduce pollution in the region.

Professor Skea’s work focuses on how new technology can meet the challenges of energy production and climate change. He is currently a Research Councils UK Energy Strategy Fellow and until last year served as Research Director of the UK Energy Research Centre. 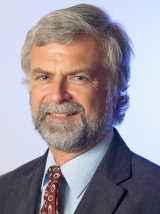 Asked about how he responded when the letter arrived to his home, Professor Skea said: “As it’s all in the strictest confidence, I can’t admit to telling anyone.”

As a result of the awards, he anticipates having to reply to ‘loads of emails and texts’ and says that he will need to find time to revise his personal web page. In recompense he wondered if his CBE might entitle him to priority service at Eastside Bar.

Professor Atkin researches bowel cancer and how it can be diagnosed early via screening. She has led a large study of a bowel screening technique which involves searching for small growths with a bowel scope. These growths can be removed before they become cancerous. 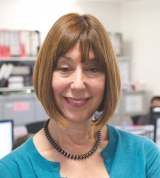 Professor Atkin’s letter was languishing on her doormat for 20 days while she was on a trip overseas. She said: “I had just returned from a holiday and meeting in the US and saw a letter from the Cabinet Office.

Professor Atkin celebrated modestly with a family lunch. “It’s been suggested that I should add it to my email signature, but I’m not ready for that yet,” she added.

Professor John Warner, a consultant paediatrician at Imperial College Healthcare NHS Trust, said he was honoured to receive the award. 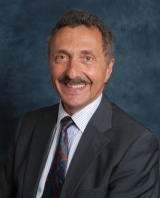 “It was unexpected and unasked for. I feel very flattered and honoured that my research and the research of my team has been recognised in this way.”

Professor Warner has been involved in food allergy research over the past 25 years. His research has focused on the early life origins of asthma and related allergic and respiratory disorders. He is currently working on a programme to improve knowledge and co-ordinate the management of children with allergies in general practices, nurseries, schools and home.

Fortunately for Professor Alford, when he received his letter his 14 year-old daughter was on hand to google ‘MBE’ and explain exactly what it meant. “Lots of people have given me some stick,” he said. “But it brightened up an otherwise dull Faculty Research Committee when everybody cheered.”

Professor Alford said he has not found time to celebrate yet and might have to wait until the REF is over before he can make the most of it.

Professor Alford and his colleagues recently solved a 50 year-old research puzzle of how produce and run a cost-effective MASER (Microwave Amplification Stimulated Emission of Radiation). Similar to a LASER but producing a concentrated beam of microwaves instead of light, the MASER could be used in medical scanning, explosives detection and radio astronomy.

His latest research is exploring the physical and mechanical properties of 'super material' graphene. Graphene is exceptionally thin and strong, and its ability to conduct heat and electricity mean it could one day replace silicon in microchips.