Imperial College London has joined a campaign led by the Chancellor to boost participation in technology and engineering careers among women.

The ‘Your Life’ initiative brings together government, business, professional bodies and leading educational institutions who are all working to improve opportunities for women in science, technology, engineering and maths (STEM).

We are taking real and lasting action to promote gender equality.

The scheme was launched by the Chancellor George Osborne this morning at the Science Museum.

As part of the campaign Imperial has pledged to:

Professor Debra Humphris, Vice Provost (Education) at Imperial College London, said: “We want to help shatter myths and change perceptions about women in STEM. It’s fantastic to get the Chancellor's backing for these goals.

“Imperial is not just another name on the list of ‘Your Life’ backers; we are taking real and lasting action to improve opportunities and promote gender equality. That’s why we’ve made four concrete pledges today.

“Meeting this challenge will not be easy. It will require a concerted effort throughout the College. But it will be worth it. Creating an environment where women enjoy greater opportunities in engineering and technology is good for all of us, as educators, researchers or beneficiaries of this work.” 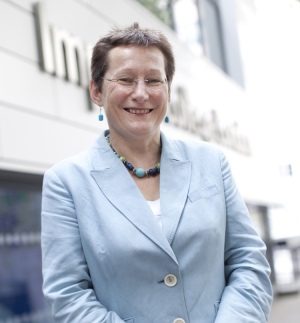 As part of its commitment to improving opportunities for women in science, the government is aspiring to:

Skills and Enterprise Minister Matthew Hancock MP said: “There has never been a greater focus from government on inspiring people, especially women and girls, to take up science, technology, engineering and maths. STEM disciplines are the heartbeat of the modern world. From agriculture to aviation, the analytical and problem-solving skills they develop are more valuable than ever in a fast-changing, global economy."