Machines should be 'partners' not slaves, says Imperial expert A team of Imperial academics have highlighted the potential of High Performance Computing to improve human decision making in a data driven world. 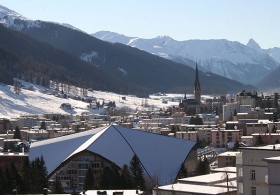 At the 2017 World Economic Forum in Davos, Imperial’s IdeasLab presentations revealed how advances in artificial intelligence, simulation, and analysis techniques are transforming the way we make decisions and solve problems.

This year’s World Economic Forum is driven by the theme ‘Responsive and Responsible Leadership’, exploring the challenges and opportunities for decision-makers in the wake of dramatic political change.

Professor Alice Gast, President of Imperial, published a blog ahead of the event, discussing how immigration and international collaboration act as catalysts for innovation. Chairing a separate session at Davos, she explored how a deeper understanding of who innovates and how innovation is maintained could lead to more inclusive models for future discovery and economic growth.

Humans alone cannot hope to process the vast volumes of data our modern world creates, he explained. If we are to make informed decisions, we need assistance from Artificial Intelligence systems.

Humans should no longer simply be the “masters” and technology the “slave”, he said. Machines and people have “complementary expertise” that can be harnessed to tackle complex problems. But for this to happen, machines need to be able to cooperate with humans and work as part of a problem-solving team. He calls these teams “human-agent collectives”. 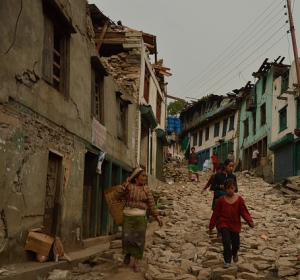 Such teams have been used to aid in disaster recovery operations. Machine agents are capable of summarizing huge volumes of information to identify potential casualties and need. Human’s on the ground can then add trusted observations and agents will rework their assessment to be consistent with it. Together, they jointly monitor the complex operation.

Following the recent Nepal earthquake, Professor Jennings and his team worked with disaster recovery charity Rescue Global, where teams of humans and machines were able to determine the best placement of water filters around Kathmandu, based on need. “Using satellite imagery, social media reports, crowd-sourced analysis and our smart agents, they identified twelve areas of need, four of which were previously unknown” Professor Jennings said. 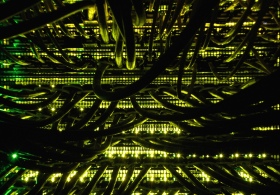 Computer scientist Dr Gerard Gorman, from the Department of Earth Science and Engineering, explained how developing “software that can write software” can tackle the “data skills crunch” that the world faces as the demand for complex, ever more specialised software grows.

“The complexity and scale of this challenge forms a near impenetrable technology barrier - severely limiting innovation”, Dr Gorman said. “Even incremental improvements cannot be implemented without tremendous investment and large teams of specialists. This hits SMEs particularly hard", he explained.

Dr Gorman and his team are creating new programming languages that automating the writing of other software, in a way that would be “infeasible for a human programmer”, reducing development time for complex applications “from years to hours”, he said. 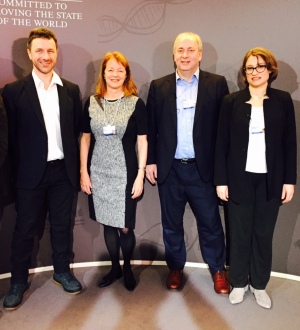 Dr Huack and her team used two decades worth of data for all low-income countries and 45 factors thought to affect life expectancy. They then used a technique called “model averaging” to test the importance of each factor against all others – using more than a hundred thousand sub-models.

The technique is not new, she explained. But it was difficult to implement in the past because of the computing power required. “Now methods developed by artificial intelligence allowed us to reduce estimation time from weeks to a few days” she said.

Sanitation, primary schooling, crop production, and good governance were among the factors found to have the greatest impact on life expectancy, she explained. But surprisingly healthcare, secondary schooling, air pollution, and lifestock production did not seem to play as great a role.

“We cannot be confident that investments into those determinants result in longer lives” she said, explaining that the analysis “helps policy- makers prioritise scarce funds into areas that will have the greatest impact on life expectancy”. A Magic Pony and America's unicorns: how immigrants spark innovation