Imperial's Professor Sanjeev Gupta talks about the chemistry of rocks on Mars and what they reveal about a lake that has long since dried up.

Professor Gupta, from Imperial College London’s Department of Earth Science and Engineering, is part of NASA’s Curiosity mission. Every day he analyses data on the geology of Mars, which is beamed back from the Mars Science Laboratory mission’s remote-controlled Curiosity rover. 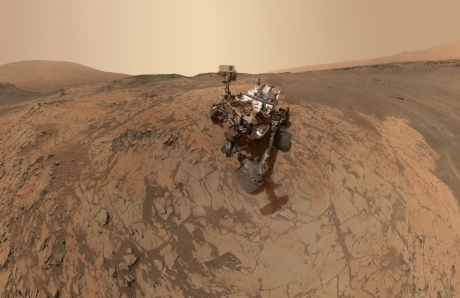 This $US 2.5 billion mission has been operating since 2012. Curiosity's main goal is to assess whether the Red Planet is, or ever was, capable of supporting microbial life.

The Curiosity rover, which is a six-wheeled science laboratory the size of a small car, is travelling across Gale Crater. This is a huge depression on the Martian surface that has Mount Sharp at its centre.

Professor Gupta has contributed to a paper, published today in the journal Science, which reveals more about the mineralogy of layers of mudstones that are at the base of Mount Sharp.

He talks to Colin Smith about what these rocks reveal about Mar’s ancient watery past and its implications for our ongoing search for signs of past or present life on our nearest neighbour.

Can you briefly recap what we’ve learnt about Mars so far, thanks to Curiosity? 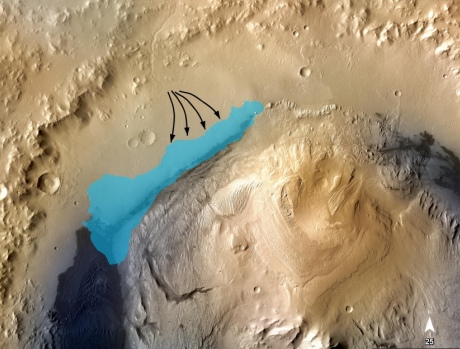 Data from Curiosity has really transformed our understanding of the early geological history of Mars. We have discovered outcrops of pebble beds and sandstones with signs of ancient underwater dunes. This represents the first on-the-ground evidence that there was once sustained river flow on the Martian surface.

Perhaps most importantly, we discovered a rock succession on the lower slopes of Mount Sharp that comprises thinly laminated mudstones. These rock outcrops are very fine-grained sedimentary rocks that we interpret as having formed from particles suspended in water, which slowly settled.
We are pretty sure of our findings because it is hard to explain how these sedimentary rocks could have been formed by other processes. These lake mudstones are the focus of the new paper that examines their chemistry in detail.

What did you discover? 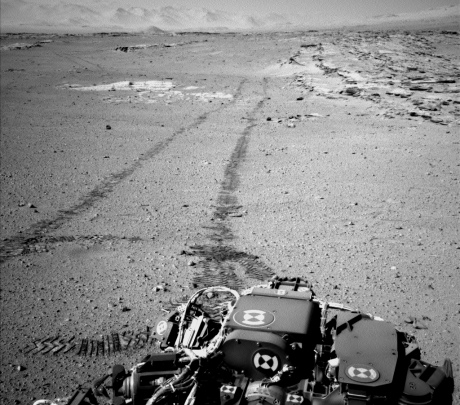 The mudstones’ chemistry and mineralogy changes abruptly at different levels in the rocks. However, even though their chemistry changed, their geological features remained similar.The mudstones are stacked on one another. Some mudstone layers are rich in oxidised ferric iron-bearing minerals such as haematite. In other layers, the mudstones have high concentrations of silica minerals and magnetite. We suggest that this was due to changes in the chemistry of the lake water on Mars.

What can you tell about the chemistry of the ancient lake from these mudstones?

The lake in which the mudstones formed was separated into two chemically distinct parts at different depths with different redox potential. Redox reactions are chemical reactions in which electrons are transferred between chemical species. The chemical variations we observe give us insights into the chemistry of the lake at the time.

What does this tell us?

The chemistries of the different mudstones were formed in different water depths in the lake with a sharp boundary between them. We propose that dissolved iron ions in the upper layer of the lake water reacted with ultraviolet (UV) light from the Sun and oxygen molecules in the atmosphere. This created the oxidised ferric iron-bearing minerals such as haematite.

The UV light couldn’t penetrate the water at deeper depths in the lake and so dissolved iron did not get oxidised. Instead we find high concentrations of silica minerals and magnetite.

Why is this important news?

It is amazing that we can tell the chemistry of a long dried up lake just by analysing these mudstones, given that the lake was on Mars’ surface billions of years ago.

What else did you discover? 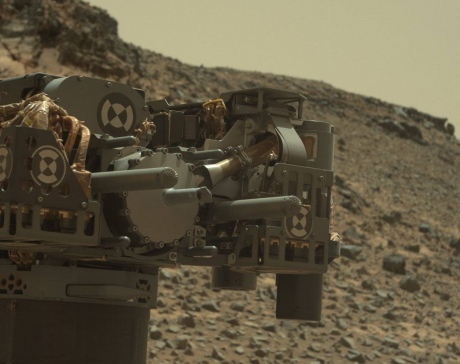 Mastcam. This is an image of the camera mast on the rover.

We could also determine the degree of chemical weathering of the lake mudstone sediments prior to them being deposited on the lake floor. This tells us more about what Mars’ ancient climate was like.

These sediments were likely eroded from the Gale crater rim and washed into the lake. By analysing their chemistry we can also tell what atmospheric conditions were like on dry land.

The sediments in the lower levels of the mudstones were likely deposited in a cold climate environment. The lake sediments higher up in the sedimentary succession indicate that the original sedimentary particles had experienced some chemical weathering in their source region suggesting warmer, more temperate climate conditions. This shows us how Mars’ climate evolved from a colder to warmer, wetter world for a period of time.

Another paper was also published about Gale Crater. What are the findings in that paper?

It provided the underpinning mineralogy data that we have used for the Science paper. It also offers an alternative interpretation of the variations in mineralogy observed in the lake mudstones. This research suggests that these variations in the chemistry of the mudstones could perhaps be explained by influxes of acidic groundwater permeating through the sediments and dissolving some mineral and precipitating new minerals.

What are the limitations of these studies?

As always, studying the geology of another planet via a robotic vehicle does not give us all the answers. If we had samples of these rocks on Earth, we could understand much better the reasons behind the variation in the mineralogy.

Knowing all we know now, how habitable was Mars in its ancient past? We now have strong evidence for long-lasting lakes in Gale Crater – indicating a climate with sufficient warmth and humidity. In addition, there is abundant evidence that the chemistry of the lake waters also provided conditions for a habitable environment. This gives us confidence that ancient sediments on Mars provide excellent exploration targets for searching for evidence of past life on Mars.

What are the next steps for the mission?

The next few months are really going to be exciting for the mission. We are currently approaching one of the major exploration targets for Mars Science Laboratory, the Vera Rubin Ridge – named in honour of the famous astronomer Vera Rubin who passed away last year. This rock ridge located on the lower slopes of Mount Sharp is made up of layered sedimentary rocks but what is particularly exciting is that orbital observations of the uppermost layers show abundant haematite, an oxide of iron.

The haematite is thought to have been formed either by exposure of iron-rich groundwater to an oxidising environment or weathering of the sedimentary rocks to oxidising conditions. These chemical reactions could have provided energy sources for bacteria on ancient Mars, making the Rubin Ridge is an excellent site to study past habitability on Mars.

We want to understand the chemical conditions for this iron oxidation. At the moment, we are gearing up our strategy for analysis of the rocks at the Vera Rubin Ridge with an extensive imaging campaign due to begin next week. It is incredible to able to begin to see the details in the Ridge for the first time as we drive closer and closer.